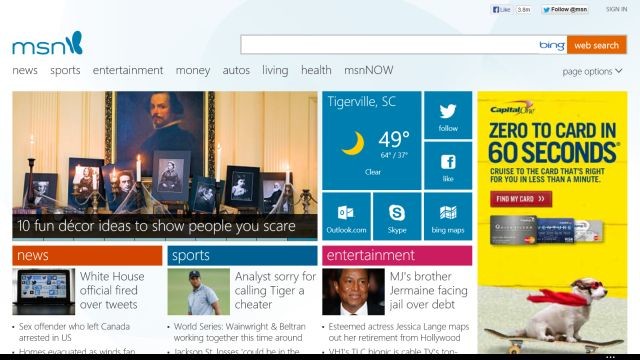 Microsoft announced this week it has created a proposal for a new website coding standard, CSS Scrolling Snap Points, that was made while developing the APIs for both Internet Explorer 10 and the newly launched IE11. The standard is called CSS Scrolling Snap Points and Microsoft has now submitted the proposal to the Worldwide Web Consortium with the goal of having it be supported by all modern web browsers.

Users can swipe left or right to browse the day’s headlines. Using CSS Snap Points, Internet Explorer lights up this experience using the same hardware-accelerated panning technology used for panning a Web page with touch in IE. Users get the stick-to-your-finger performance with inertia panning and over-pan bounce that they expect. Additionally, the browser snaps the content to the nearest headline after the user pans.

This feature can be enabled with just two lines of CSS code, according to Microsoft, as opposed to hundreds of lines if coded in JavaScript.

Microsoft previously submitted another website coding standard, Pointer Events, to the W3C, in 2012. Since then the W3C has approved the standard for Candidate Recommendation and Microsoft has offered Pointer Events patches that will allow the standard to work with Firefox and Chrome.