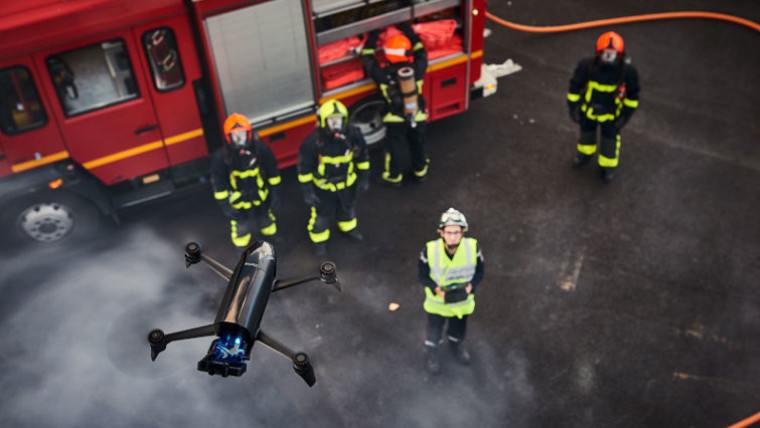 Parrots latest drones are different to its previous fly for fun orientated products, as it has decided it now wants to start helping professionals like firefighters, building inspectors, and farmers.

The company has released two new drones, one of them is called the Bepop Pro-Thermal ($1500) which is a quadcopter with a range of 2km, a flight time of 25 minutes, but most importantly, it has a thermal imaging camera in addition to its normal high-resolution camera. The purpose behind this drone is to assist professionals in locating sources of heat, such as for firefighters during a blaze or perhaps given off by someone's body that is trapped under some rubble after an earthquake. The thermal imaging can also just be used by insulation inspectors who might want to locate the source of heat loss in a cold home.

The second drone is called the Bluegrass ($5000), this machine is able to cover 74 acres on a single 25-minute charge and is also a quadcopter. The idea behind this drone is that farmers can program it to fly over their fields in a systematic automated manner, recording and uploading data on the growth or absence of crops as well as livestock so that the farmer can more effectively monitor their farm.

Perhaps it is time to say that the era of drones being a novelty item in industries is no more, and the time of drones being used and developed specifically for any industry; from construction, security, agriculture, and transport, is definitely upon us.