Poco started as an offshoot brand of Xiaomi in 2018 and immediately managed to make an impact on the smartphone market with the Poco F1. The company then went silent for almost two years before launching a slew of phones this year. After launching the mid-range Poco X2 earlier this year, Poco has now launched its successor, the Poco X3.

In Europe, the Poco X3 is sold as the Poco X3 NFC while in India, it is simply sold as the Poco X3. There are only two changes between the two models: the EU variant features NFC and comes with a smaller 5160mAh battery while the Indian variant misses out on NFC but comes with a bigger 6,000mAh battery. Barring these differences, the two Poco X3 variants are the same and the review below will be applicable for both of them. 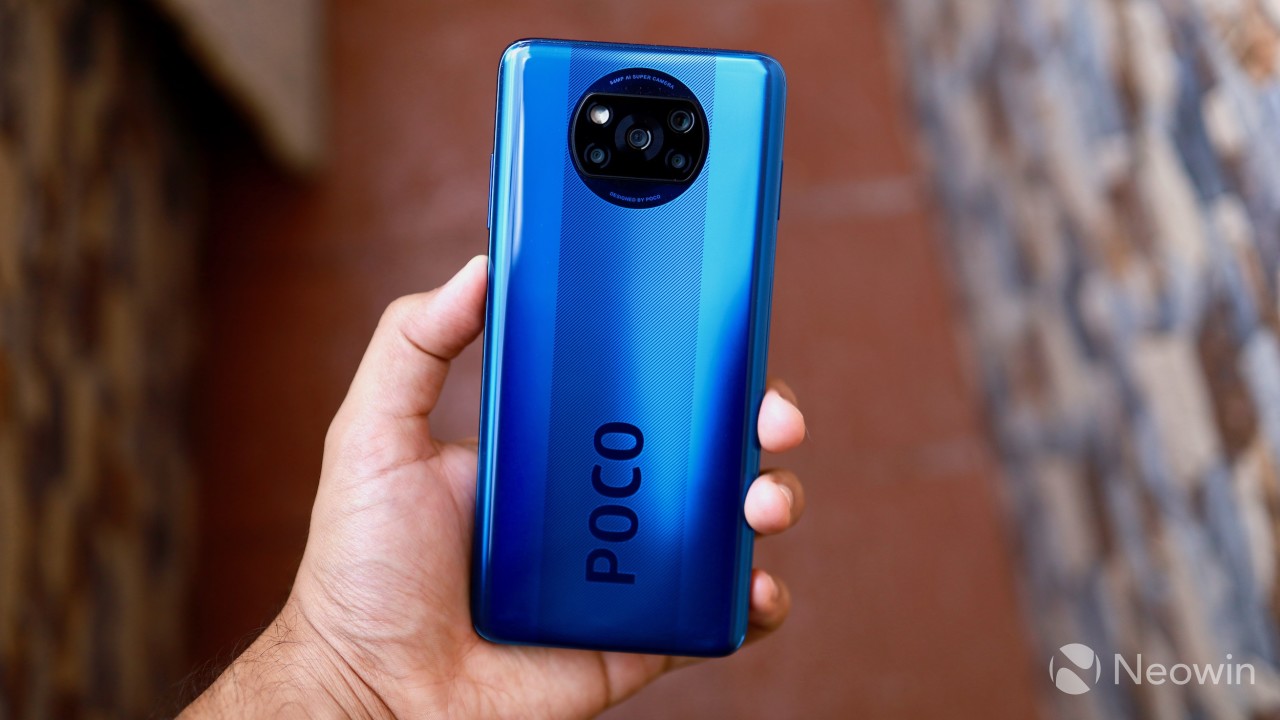 The Poco X3 has a very bold design on the rear that is a bit different from other phones in the mid-range segment. The rear camera module has a unique rectangular-circular design with all the camera sensors and the LED flash located inside it. It is a very different arrangement that makes the rear camera module stand out from other phones. The primary 64MP camera is not located at the center though, it is actually the 13MP ultra-wide angle shooter. 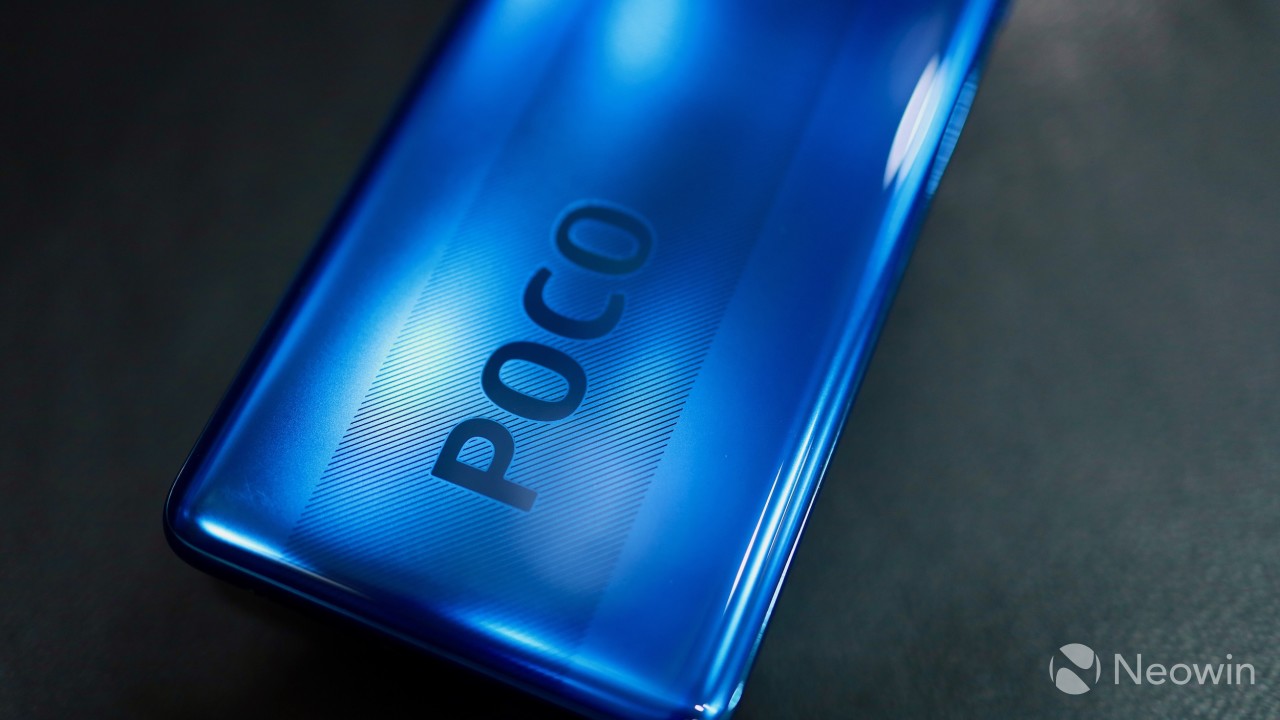 The rear also has a bold 'POCO' logo at the bottom. It looks striking and has a reflective rainbow finish that makes it stand out. However, while the bold logo might be great from a branding viewpoint, it could turn a lot of professionals and executives away who want a more understated design. Unlike the Poco X2 and other Redmi phones, the Poco X3 has a plastic back so it does not feel as premium in-hand.

The front of the design is nothing different. The 6.67-inch display is protected by a single slab of Gorilla Glass and it has a punch-hole at the top for the selfie camera. The bezels are relatively small and uniform and Poco has done a good job on this front. It is also commendable to see the Poco X3 shipping with an IP53 rating and stereo speakers. The IP certification means that the phone is at least splash resistant while the stereo speakers greatly improve the video watching experience. 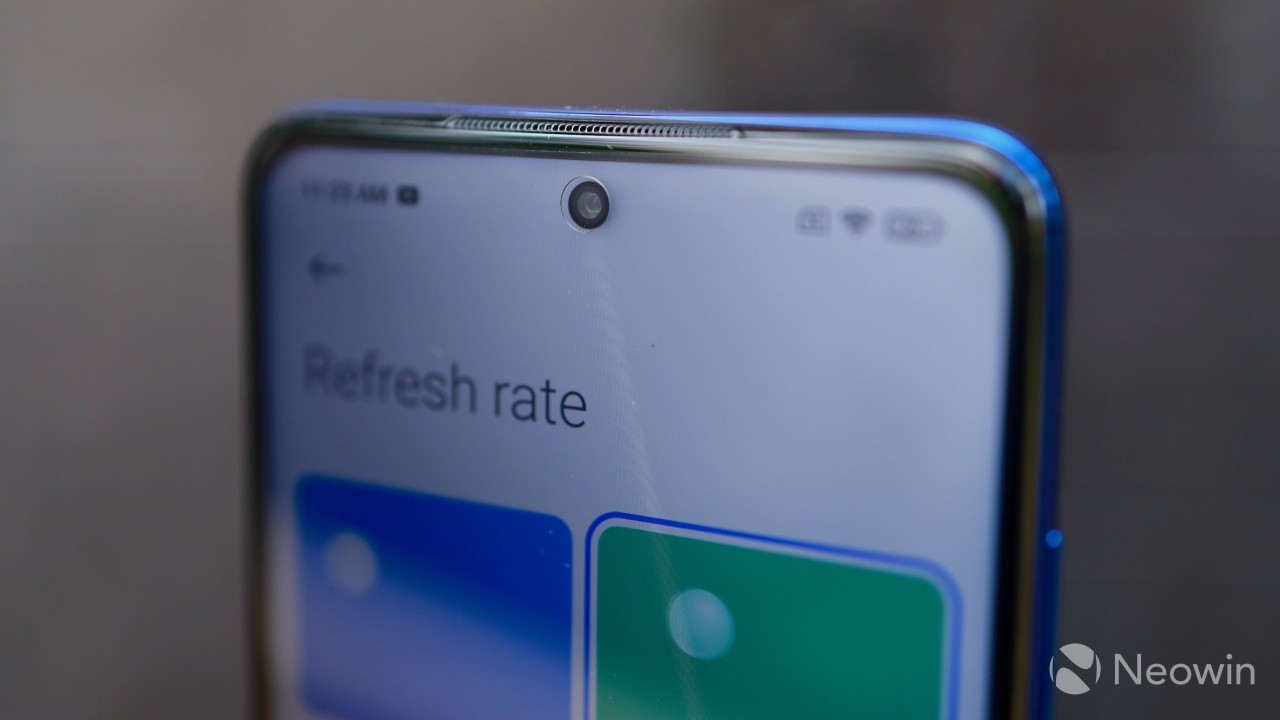 The biggest problem with the Poco X3 is just how thick and bulky it feels. The Indian variant is 10.1mm thick and weighs 225gms, while the EU variant is 9.4mm thick and weighs 215gms. I don't even remember the last time I used a phone that was so thick. The thickness and weight of the Poco give a feeling of holding a device that's from the 2016-17 era which is further exacerbated by the plastic back. The bulky design of the Poco X3 is definitely a major downside and one that could potentially turn a lot of consumers away from it. 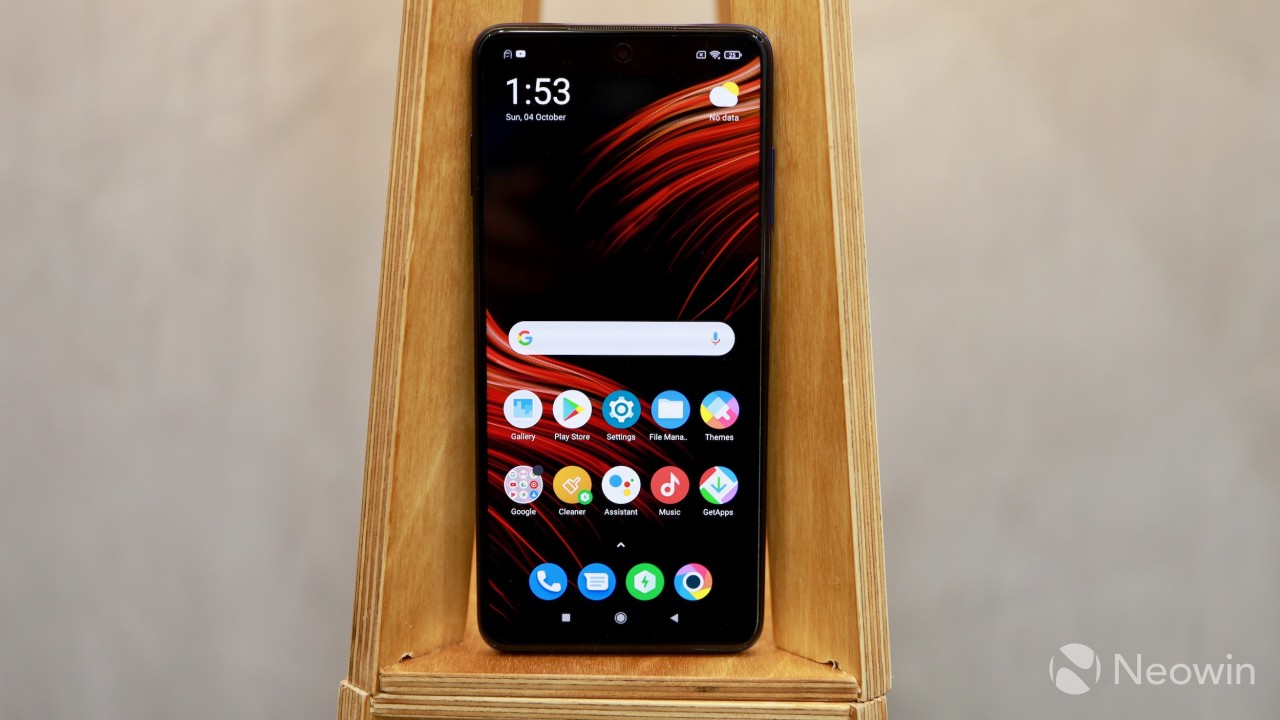 The 6.67-inch FHD+ panel on the Poco X3 has a 120Hz refresh rate. While the panel does not exactly support variable refresh rate, it can still switch between 50Hz, 60Hz, 90Hz, and 120Hz depending on the content being displayed. This helps in reducing its power consumption and improve the overall battery life of the device. 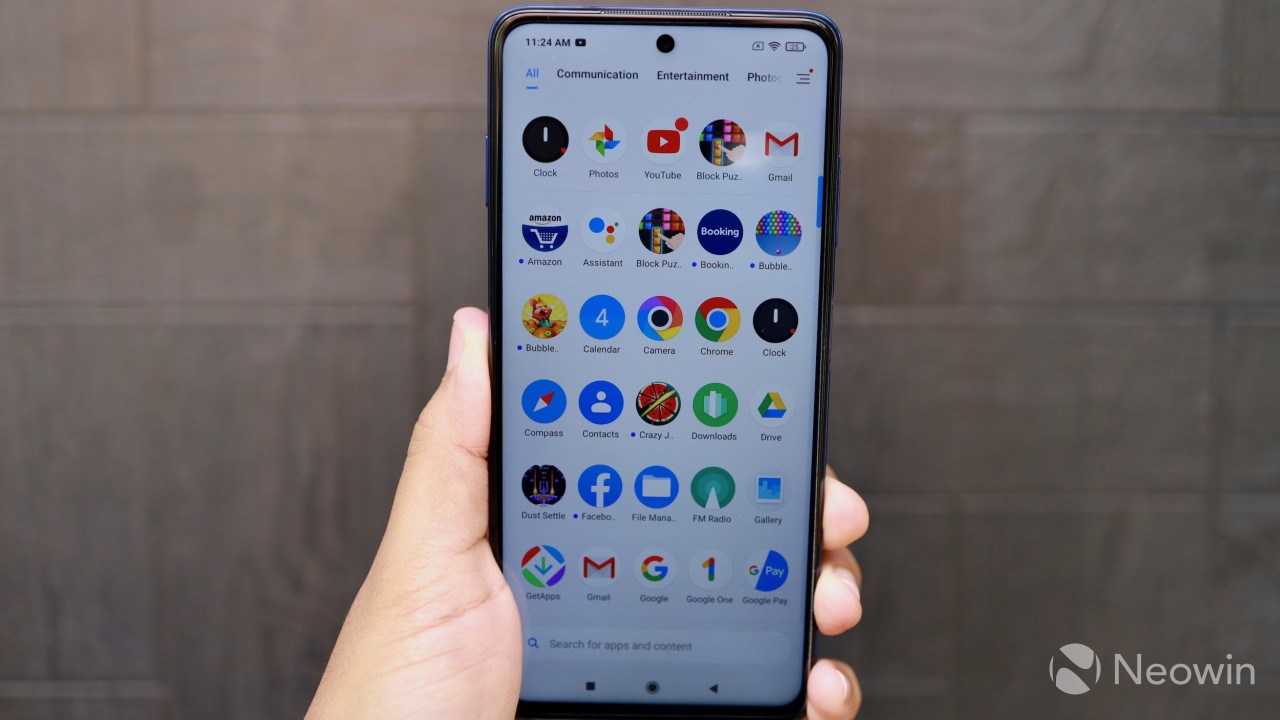 Looking beyond the high refresh rate factor, this is still a great LCD panel with decent brightness, colors, contrast, and viewing angles. A few phones from Samsung and Realme featuring an AMOLED panel are available in around the same price range as the Poco X3, but those panels leave a lot to be desired. Poco's strategy here to use a quality high refresh rate panel makes a lot more sense as it offers a better user experience. 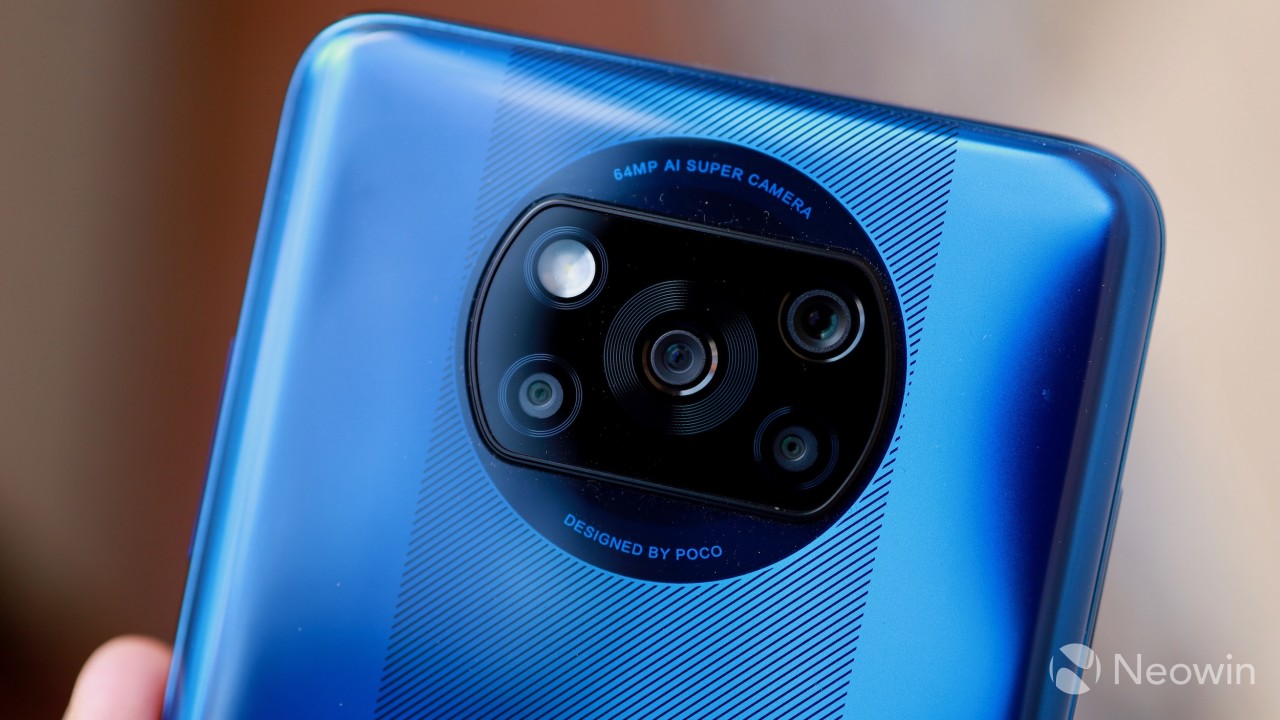 The Poco X3 features a primary 64MP Sony IMX682 camera sensor that's paired with a 13MP ultra-wide and a 2MP depth and macro sensor. The same sensor is used in quite a lot of other mid-range smartphones but the 13MP ultra-wide is an upgrade from the 8MP sensor that other phones in the same price segment pack.

I have used a lot of mid-range smartphones with a 64MP camera over the last few months and while they all do a good job in daylight, they tend to struggle in low-light and dimly lit scenarios. It is the same case with the Poco X3 as well - it tends to capture some great photos when out and about but struggles with noise creeping in indoor photos. It also tends to capture warmer photos in low-light scenarios. There's also a softness issue around the edges of the photo that's more clearly visible in low-light shots. The Night mode does a good job in brightening up low-light photos but wipes away all the details in the process. The 13MP ultra-wide angle shooter does not bring that much of an improvement as I was expecting over the 8MP ultra-wide shooter found on the Poco X2 and other Realme phones. 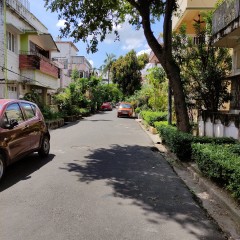 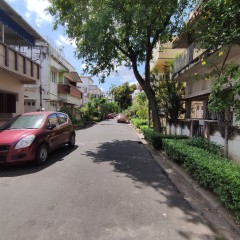 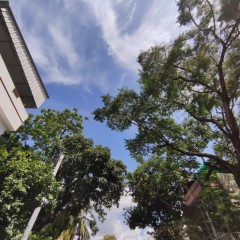 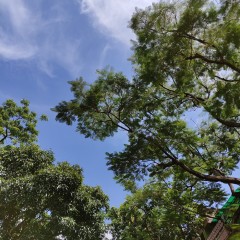 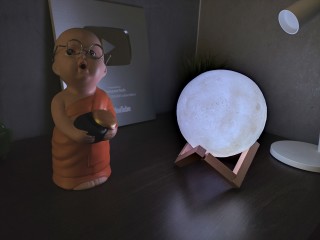 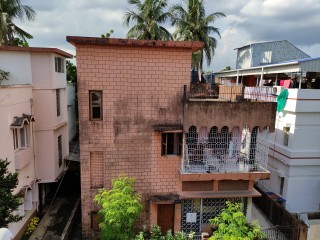 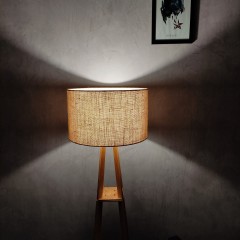 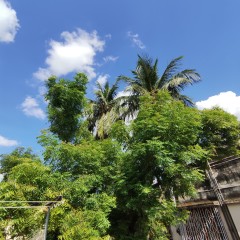 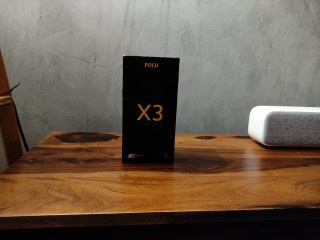 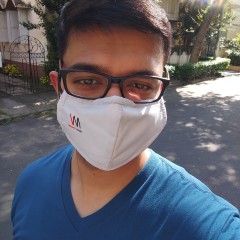 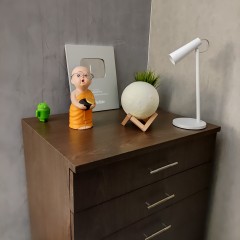 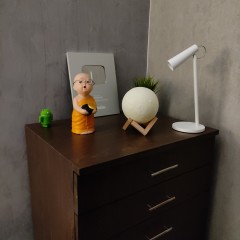 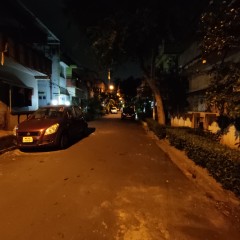 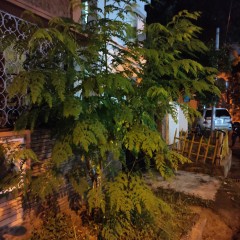 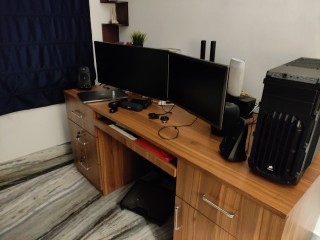 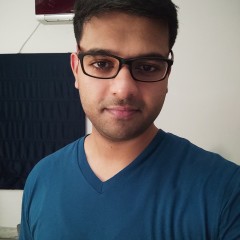 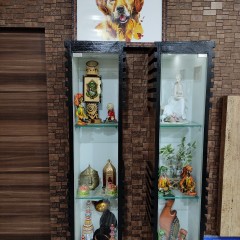 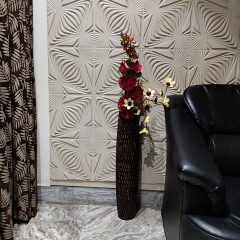 The front 20MP selfie shooter is miles better than the Poco X2's shooter and can capture some decent selfies, though its field of view could have been a bit wider.

Apart from the camera performance, Poco has also added a lot of camera features to the Poco X3 including a highly detailed Pro mode that also works while recording videos, VLOG mode, Clone mode, and much more. 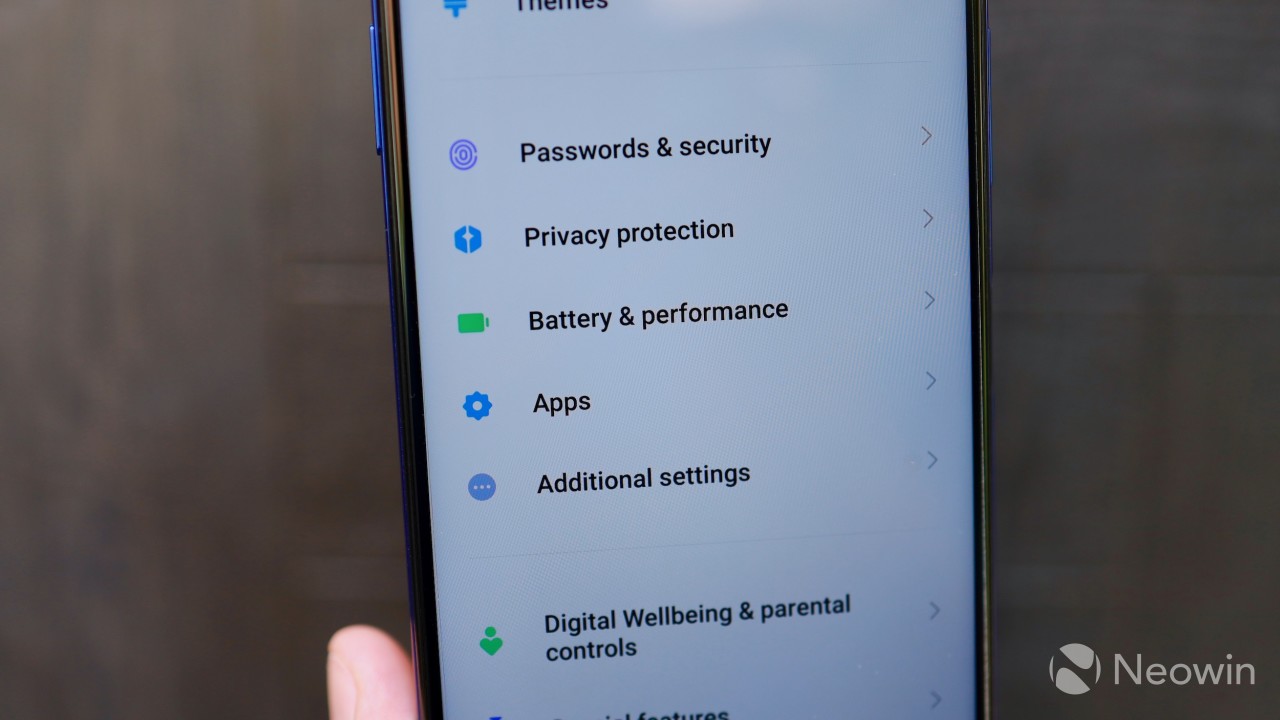 With a Snapdragon 732G chip ticking inside it, you'd expect the Poco X3 to deliver on the performance front and it does not disappoint. It does not exactly deliver flagship-grade performance but you are not going to be left wanting for power with the Poco X3 either. The Poco does not feel slow to use in day-to-day tasks and you can easily run processor-intensive apps and games like Photoshop Express, PUBG, and Call of Duty Mobile without any issues. Qualcomm's mid-range chips now deliver a level of performance that makes them more than good enough for the majority of smartphone users out there.

With a massive 6,000mAh battery and an 8nm Snapdragon 732G chipset, it is not surprising the Poco X3 can last for a really long time on a single charge. The EU variant comes with a smaller 5,160mAh battery but I am pretty sure it will also offer great battery life. I was constantly getting 7-8 hours of screen-on time over nearly two days with the Poco connected to two 4G networks. My usage primarily involved a lot of messaging, social media, around an hour of video calling, and playing Call of Duty: Mobile for around 30-40 mins. 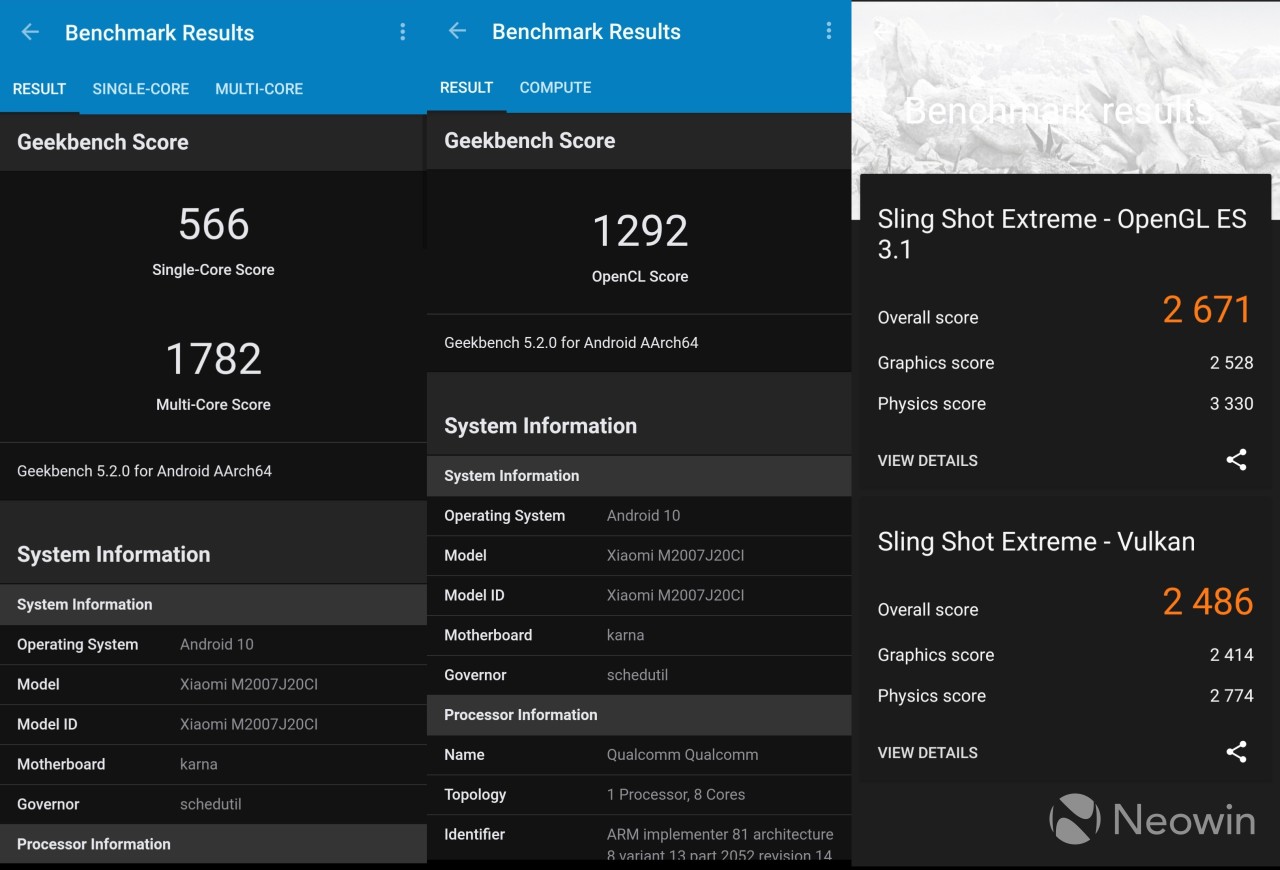 As if the great battery life was not enough, the Poco X3 also supports 33W MMT fast charging. It charged to 58% in around 30 minutes and a full charge takes just over an hour. With such a big battery and fast charging, battery anxiety is the last thing that one will have with the Poco X3. 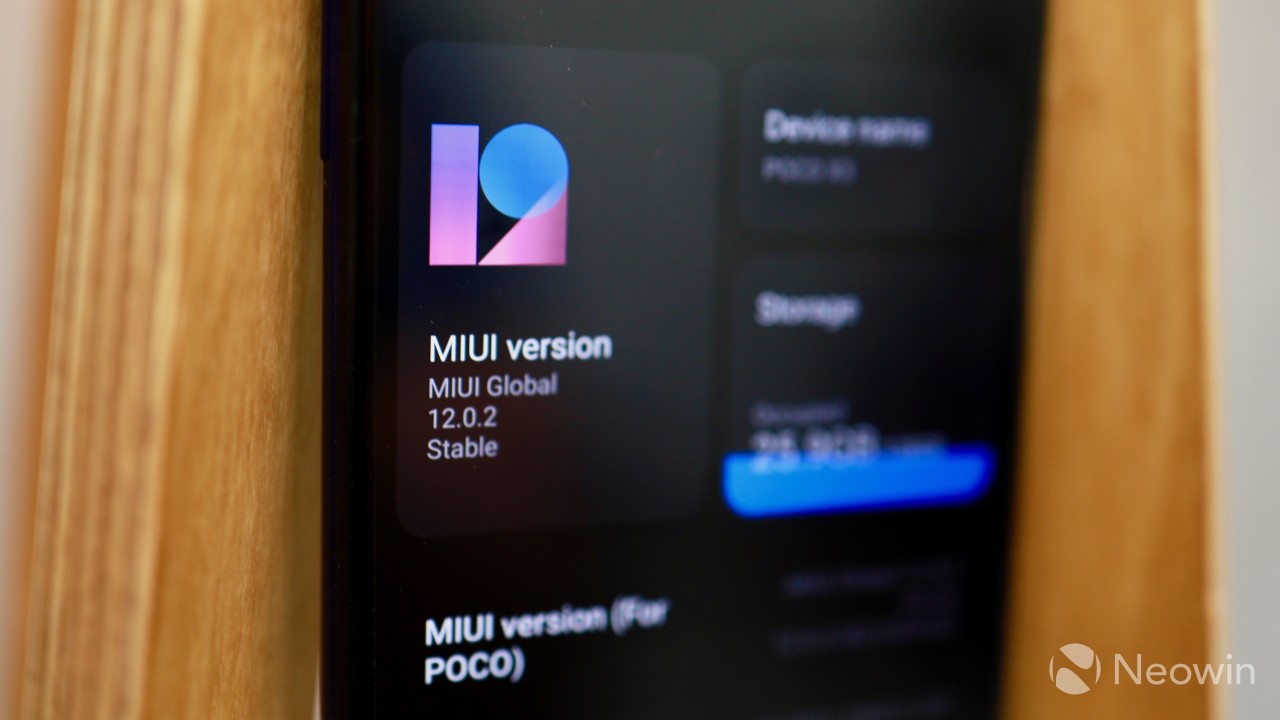 The Poco X3 runs on a special version of MIUI 12 that does not feature any system UI ads and ships with Poco Launcher as the default launcher. MIUI 12 brings about some nice UI/UX changes which include new system icons and font that helps in giving the UI a cleaner look and feel. It is also commendable to see that despite being such a heavy and intrusive skin, MIUI 12 does not show a hint of lag or stutter on the Poco X3 which is a sign of the amount of effort Xiaomi has put into optimizing its skin.

Despite coming with MIUI 12, the Poco X3 comes with Google Dialer and Messages as the default phone and messaging app which offer a better user experience than Xiaomi's own offerings, though they are not as feature-rich. MIUI 12 also comes with floating window and a new Control Center, though these features were missing from the build on my device for some reason. 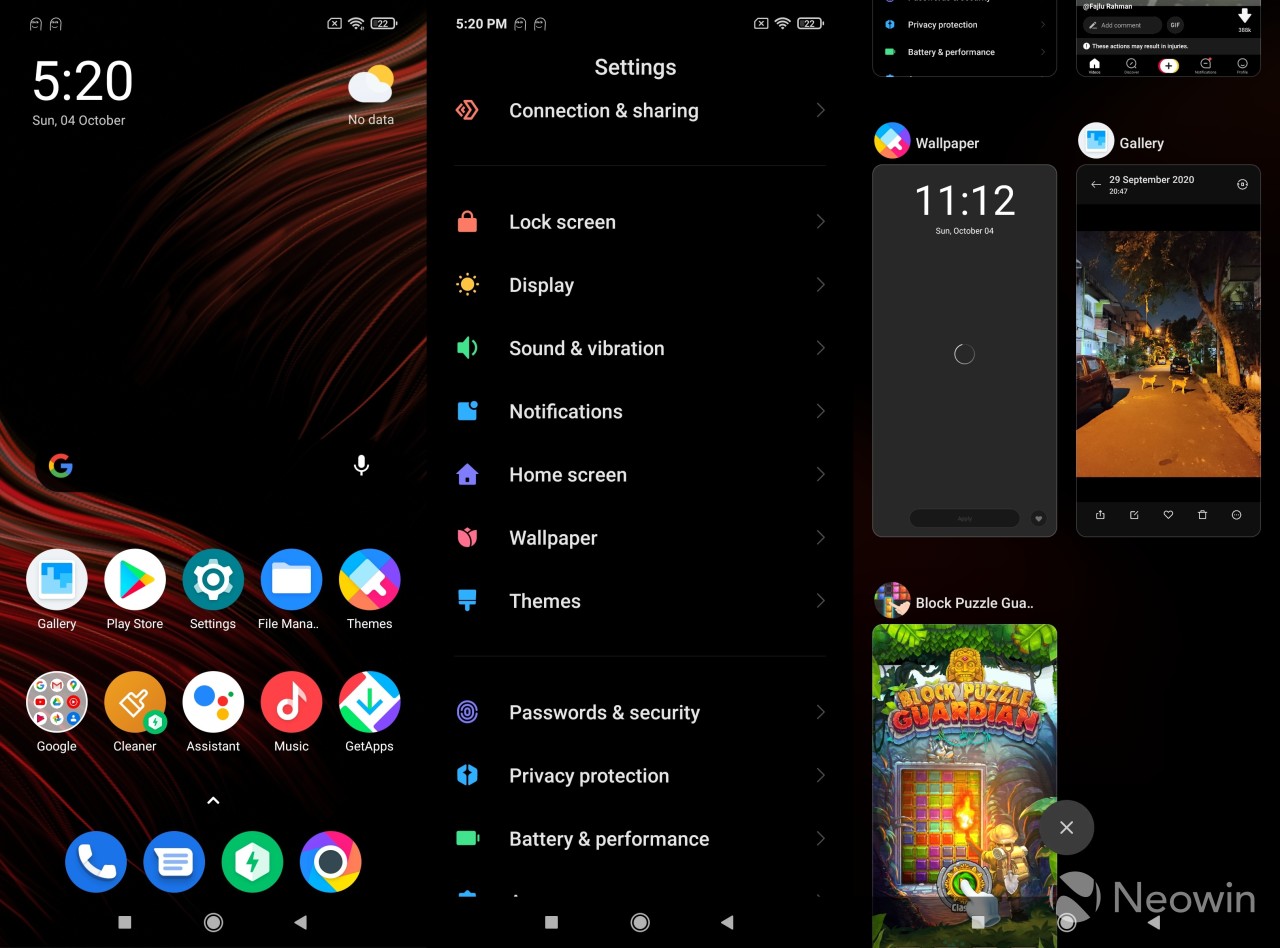 There are no ads in MIUI 12 on the Poco X3 but the phone does ship with bloatware pre-installed and many system apps also send a lot of unnecessary spam notifications. While packed with features, MIUI 12 is a very heavy skin that might not be liked by everyone, especially if you tend to prefer the stock Android experience. 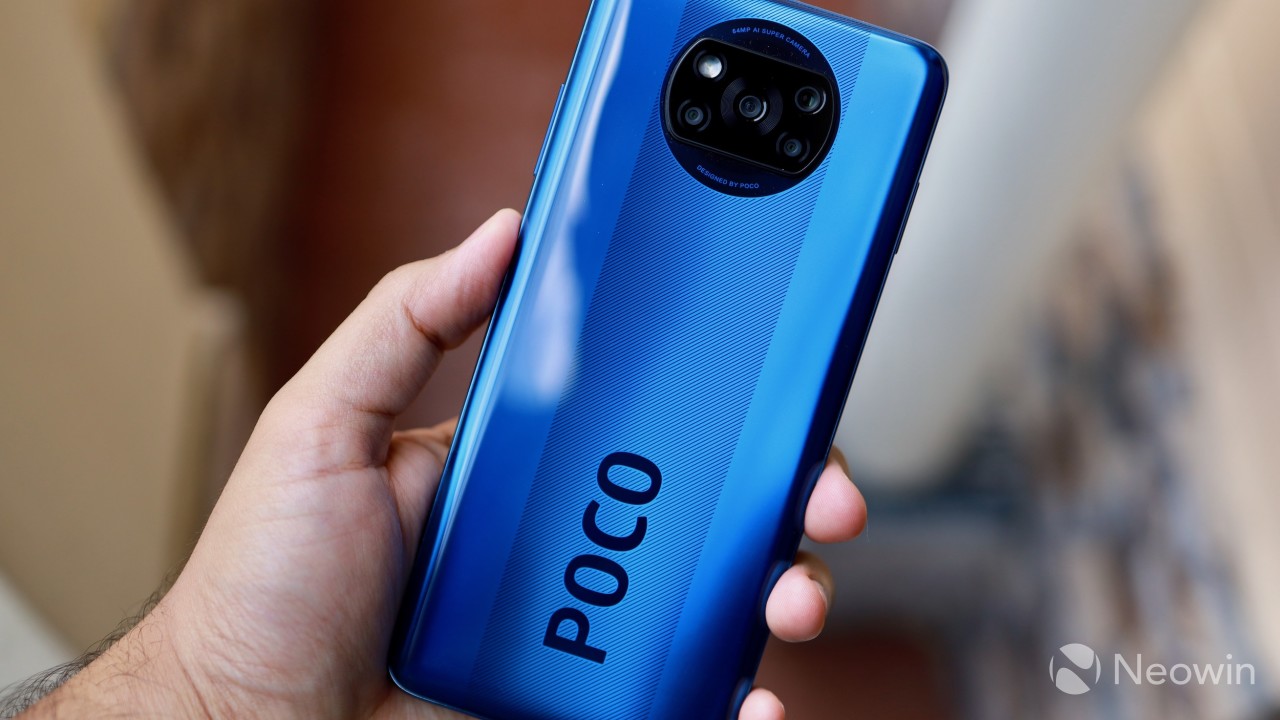 Barring the bulky design, it is really very hard to find faults in the Poco X3. However, the chunky design in itself is a very big negative that could end up giving a lot of consumers a buyer's remorse. The bold rear design could also deter a lot of consumers from the device especially if they want a phone with a sleek and understated design.

Look beyond that though and with the Poco X3, you get a great high refresh rate display, excellent performance, a competent camera, and stellar battery life. Even the latest iteration of MIUI 12 offers pretty good user experience and there's little reason to not like it anymore.