The Xbox One has a killer app, created by developers from the Call of Duty series and populated by a world where giant robots run about with really big guns. It's Titanfall, a multiplayer-only Xbox and PC exclusive title that has caused ripples throughout the gaming world.

With gamers likely to have a fondness for Pacific Rim-style mech/Gundam science fiction fantasy, it allows you to take control of both giant robots and their wall-scaling parkour running pilots, with different gameplay mechanics providing a depth not seen with traditional multiplayer shooter games. Although played on a multiplayer battlefield, Titanfall is story driven, merging multiplayer mechanics with cinematic storytelling.

After completing the Modern Warfare series and following an acrimonious split from Activision, the founders of a new games studio in Respawn Entertainment started work on the Titanfall game in 2011. Using Valve's Source engine as a foundation, Respawn decided that the game they wanted to create had to make a big impact on next-generation consoles.

It was also decided that the game would be multi-player only – Respawn is a relatively small studio, and games with single and multiplayer modes often needed separate teams.

As Respawn Producer Drew McCoy explained to Polygon.com, "At a studio like ours, where we have about 65 developers, development time is a very valuable resource. We always said ‘it would be so much better if we didn’t have to worry about the other half.

"But we didn’t want to ignore either half, and to combine our strengths in those really cool moments with characters and events people will talk about at work the next day. We want a storyline that we hope will have people playing for months and years down the road."

But if the game was going to be multiplayer-only player, Respawn also needed to jump another not-insignificant hurdle – to power a multiplayer game properly and allow players to have a great gaming experience, you need a whole lot of servers. 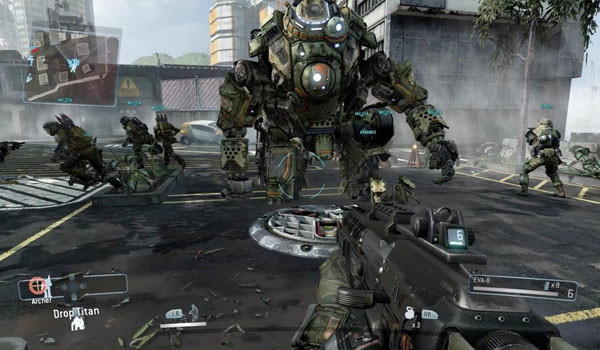 Respawn engineer Jon Shiring, who worked on and coded for Titanfall as well as the Call of Duty series said, "The vast majority of games will pick a player and have them act as server for the match."

"This means that all of the other players talk to them to decide what happens in the game. When you shoot your gun, the server decides if that is allowed and then tells everyone what you hit."

But there are some pretty serious issues with player-hosted servers. For example, games need to choose players with different bandwidths and latency. This means a host may have an advantage as they will have the game running locally on their machine with super low latency.

Shiring said, "You've probably seen this in action as some players seem to see you long before you get to see them, or their bullets hit you before yours hit them. That sucks – nobody should have a competitive advantage in a multiplayer game."

Issues could also come up in the event of a host cheating or disconnecting (you would have to pause while migrating to a new host), a lack of bandwidth, and different game experiences due to the host powering the session.

Another option for the running of multiplayer games is through dedicated servers, where an extra computer will handle all of the host duties, allowing clients to just be clients. It would have its own CPU to run the session, with guaranteed bandwidth and no fear of disconnecting, providing a much better gaming experience for all.

But this is expensive. As Shiring said, "I personally talked to both Microsoft and Sony, explaining that we need a way to have potentially hundreds of thousands of dedicated servers at a price point you can't get right now.

"Microsoft realised that player-hosted servers are actually holding back online gaming and that this is something that they could help solve, and ran full-speed with the idea." 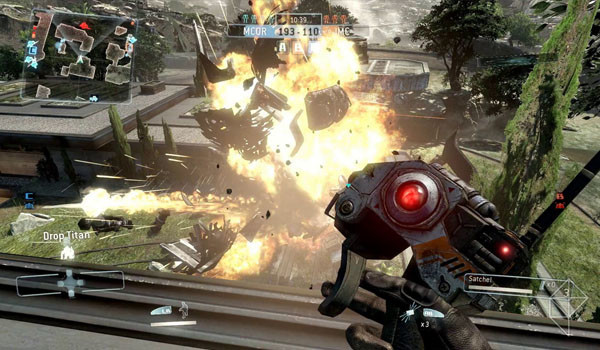 And that's where Windows Azure came in, a way which allowed Respawn to push games with more server CPU and higher bandwidth, allowing the developers to create bigger worlds with more physics and better AI.

"[Microsoft] built this powerful system to let us create all sorts of tasks that they will run for us, and it can scale up and down automatically as players come and go.

"We can upload new programs for them to run and they handle the deployment for us. And it can host our games servers for other platforms – Titanfall uses the Xbox Live Cloud to run dedicated servers for PC, Xbox One and Xbox 360."

This means that for the launch of Titanfall, Respawn won't have to worry about estimating the right amount of servers needed for the number of players, or having to perform regular maintenance that might eat into the dev cycle.

Shiring added, "Microsoft has data centres all over the world, so everyone playing our game should have a consistent, low latency connection to their local data centre."

Game developers will be able to get more out of Windows Azure than just dedicated servers. For example, Microsoft Studios' 343 Industries used it to power Halo 4's back-end supporting services, which ran multiplayer features such as leaderboards and multiplayer rendering.

It also analysed data held in Windows Azure for a five-week Halo 4 tournament, providing data to partner Virgin Gaming, tracking a player's personal score in the game's multiplayer modes across a global leaderboard.

And for the Xbox launch game Forza 5, Microsoft Studios' Turn 10 Studios used Windows Azure to create 'drivatars', where the game studies a gamers' driving style to create custom AIs which behave like real players do on the road.

Bill Giese, Design Lead at Turn 10, told the Official Xbox Magazine, "We developed a system based on player behaviours that we record and process in the cloud, then push into the game itself.

"It captures the cars that the players drive, the paintjobs and how they drive – whether they understeer or oversteer, cut or block. It's all pushed together to develop this drivatar system.

"That is then shared into every single mode that you play – single player, split screen, your friend's drivatars, they're always going to be with you."

The cloud is a marketing term with many meanings. But if you're talking about gaming it's pretty simple – it means you have a virtually unlimited number of servers that can run whatever you need.

As well as the bigger game studios, it gives indie developers a canvas and opportunity to take advantage of huge computing and rendering power to develop on different platforms, levelling the playing field.

As Titanfall developer Shiring added, "Microsoft priced it so it's far more affordable than other hosting options – their goal here is to get more awesome games, not to nickel-and-dime developers.

"So because of this, dedicated servers are much more of a realistic option for developers who don't want to make compromises on their player experience, and it opens up a lot more things we can do in an online game.”

This guest article was brought to you by the development team at Microsoft UK.