Twitter's Windows 10 app is about to get a lot more useful with the introduction of a fairly major pair of features.

According to MSPowerUser, folks who get their tweets via the Store app will now be able to open searches, profiles pages, replies, DMs, etc. in their own individual tabs, right within the client. This feature is similar in nature to Tweetdeck's columns, and can be toggled in the settings. If you do not wish to use tabs, they can be turned off. 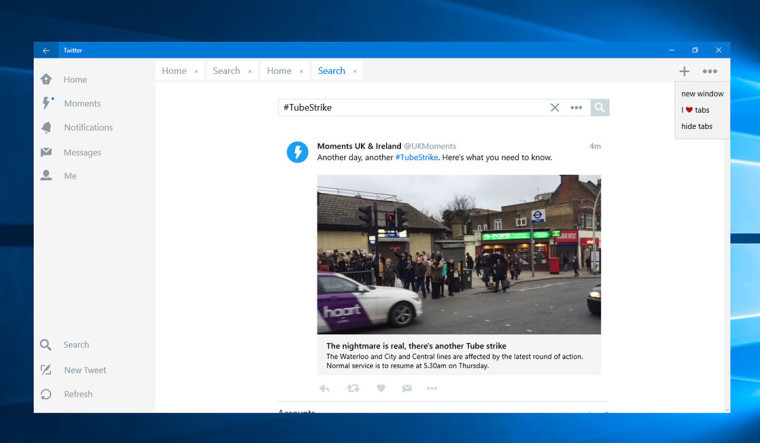 Sending a Tweet via Direct Message has also been added, along with support for multiple instances of the Twitter app. The latter feature allows not only for different tabs to be opened in different instances, but could be useful for people trying to manage multiple accounts as well.

The official app previously received an update to coincide with the release of Windows 10 back in 2015, receiving some bug fixes in 2016 too.

Tabs are said to be rolling out progressively to Windows 10 users, with it being available to all users soon.