Ever since the Windows 10 October 2018 Update was released and all Fast ring Insiders started getting builds from the 19H1 development branch, builds have been released on Wednesdays. In a rare Monday move, Microsoft today released Windows 10 Insider Preview build 18298 to the Fast ring.

Today's build contains a ton of new features. You can probably say that this is the 'big bang' build that we see once or twice in every development cycle. There's nothing in there that's particularly game-changing; however, the focus of 19H1 seems to be along the lines of improvements, rather than features.

With Build 18272, we set out to simplify sign-in settings, to increase visual clarity and improve ease of use. Our goal is to give you a one-stop shop for all your sign-in settings, and today we’re adding one more to the list: You can now set up a security key straight from Settings. 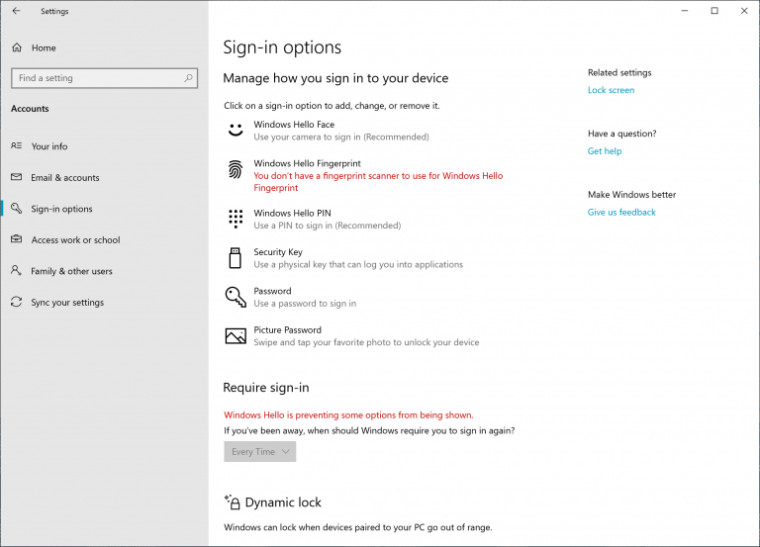 Updated File Explorer Icon: We’re updating the File Explorer icon, so it looks better with the new light theme. Thanks everyone who shared feedback about this! Here’s what it looks like now: 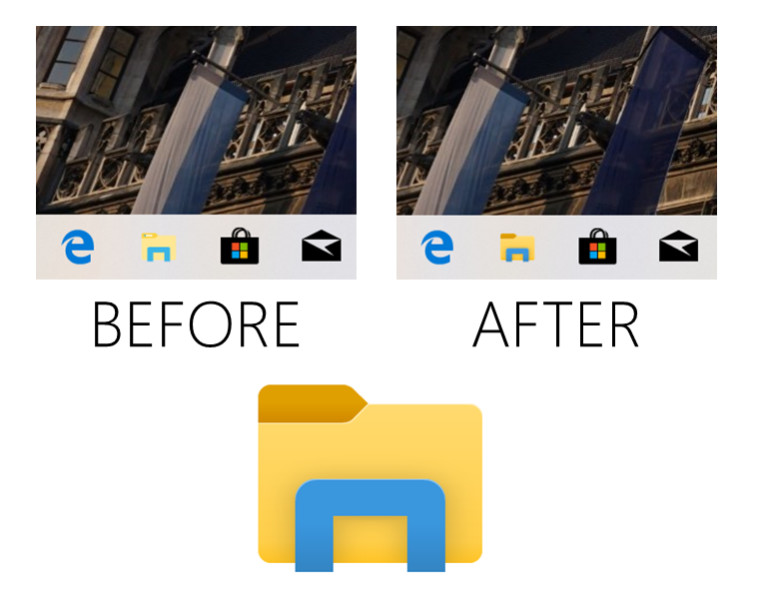 Updating the default downloads folder sorting: More often than not, when you download a file, you don’t change the name before downloading it. Because of that, the names aren’t always very memorable (cake_134_small_red.jpg anyone?). This makes sorting by name less optimal since it’s hard to find the file you’re looking for, so we’re updating the default sorting to show the most recently downloaded file at the top of the list instead.

Note: If you’ve already altered the current sorting from the default in any way, we will not change it – this is only for people who haven’t changed it. If at any point you want switch sortings, you can do so from the View tab in File Explorer. Some Insiders have had this change for a little bit now, and based on positive feedback we’re now rolling it out to 100% of Fast.

Quick unpin for groups and folders: Sometimes you just wanna quickly start fresh – over the last few weeks we’ve been rolling out the ability to unpin groups and folders in Start via a new context menu entry. As of today, that option is now available to all Insiders in the Fast ring! Thanks, as always, to everyone who’s shared their feedback so far! 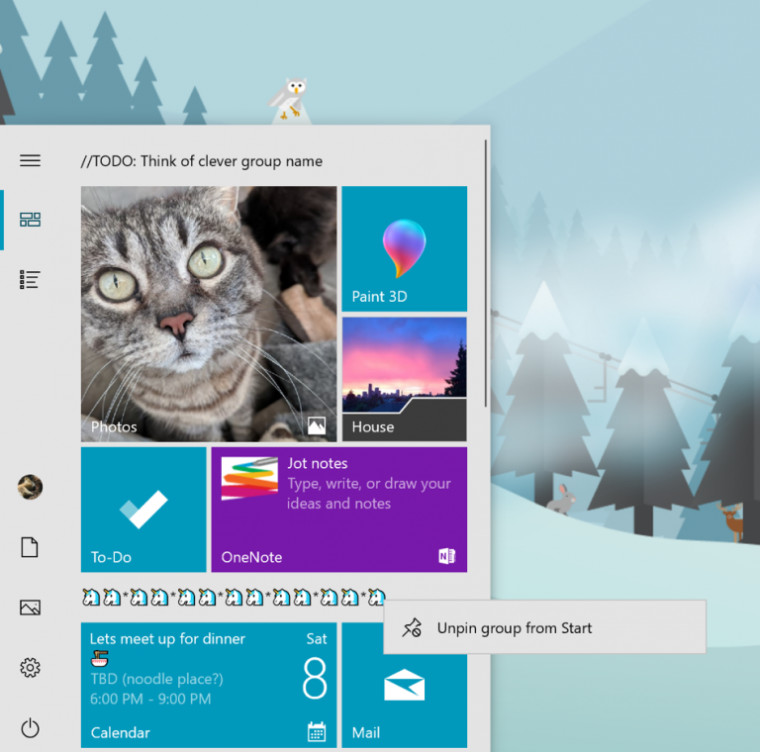 We’ve heard your feedback, and with today’s build we’re rolling out some updates to the touch keyboard to improve your experience:

If you’re a touch keyboard user, we’d love it if you spent some time typing on today’s build, and let us know how it feels for you now.now. 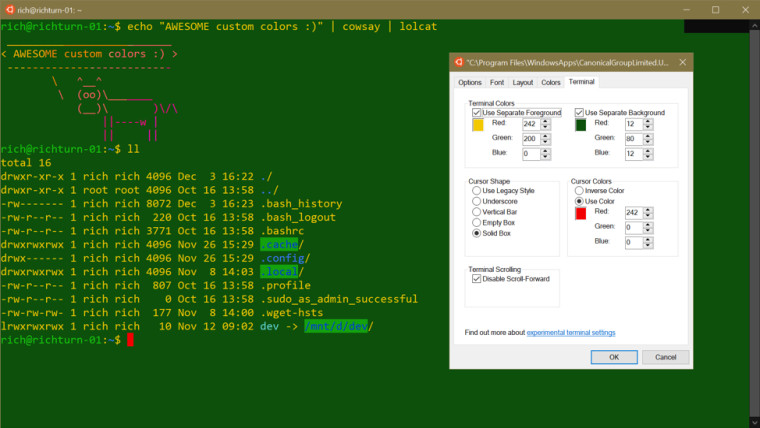 As of Windows 10 build 18298, when you open the properties page of any Console window, you’ll notice an additional “Terminal” tab containing several new settings for some experimental features we’re working on for future OS releases. Read the Console team’s detailed blog post for more details.

UTF-8 Encoding: We’ve made significant improvements to the way Notepad handles encoding. Starting with this build, we are adding the option to save files in UTF-8 without a Byte Order Mark and making this the default for new files. UTF-8 without a Byte Order Mark is backwards-compatible with ASCII and will provide better interoperability with the web, where UTF-8 has become the default encoding. Additionally, we added a column to the status bar that displays the encoding of the document.

Modified indicator: Notepad will now show an asterisk (*) in the title bar before the title of a document to indicate that a document has unsaved changes. 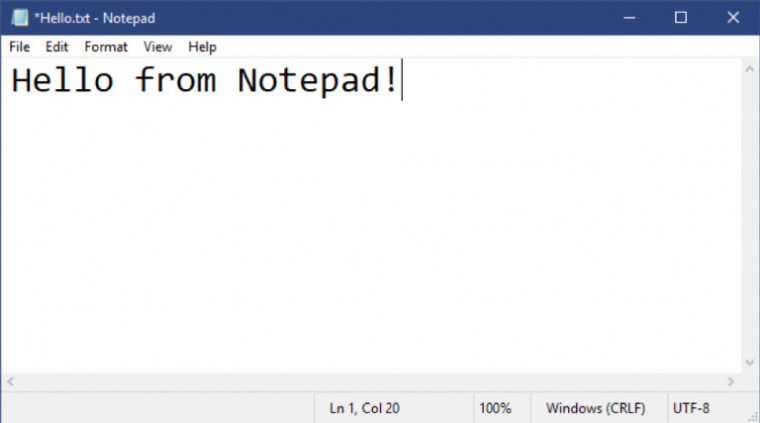 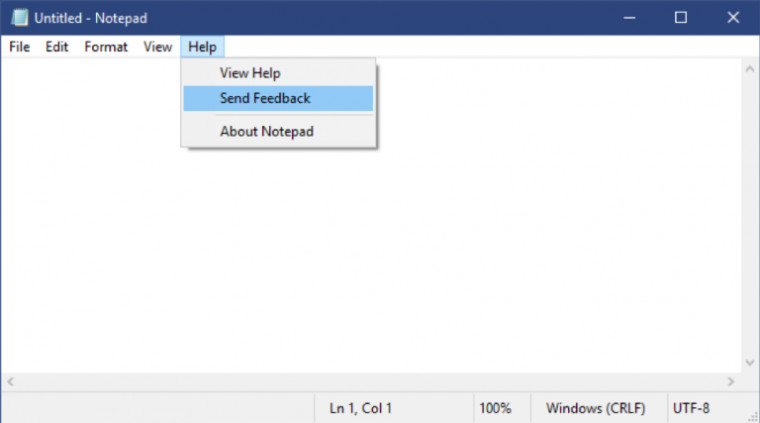 Bigger and brighter cursors: We’ve introduced new cursor sizes and colors to make Windows easier to see. Go to Ease of Access Settings (Windows + U), under the “Vision” category, select “Cursor & pointer” to see the list of options. We are still working on a couple issues where some cursor sizes may not work correctly on DPI’s larger than 100%. 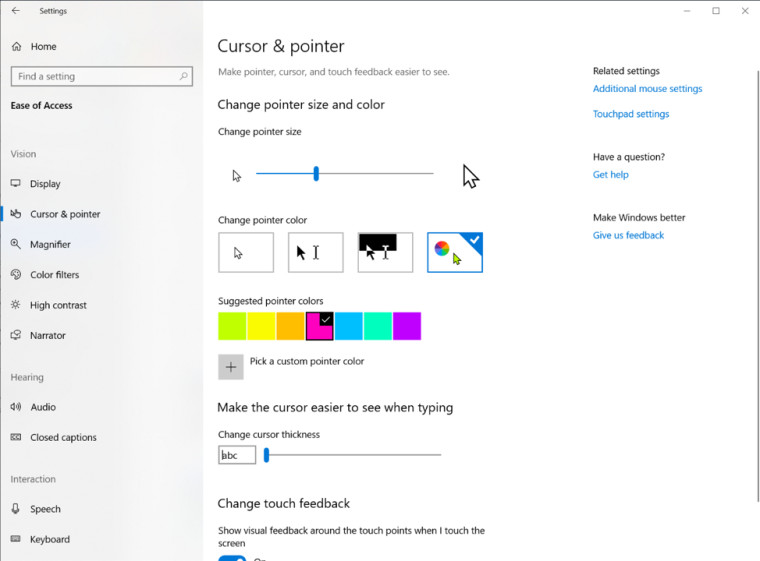 We’re making some adjustments to the design of Windows 10 Setup! This is the experience you see when running setup.exe from an ISO – it will look like this now: 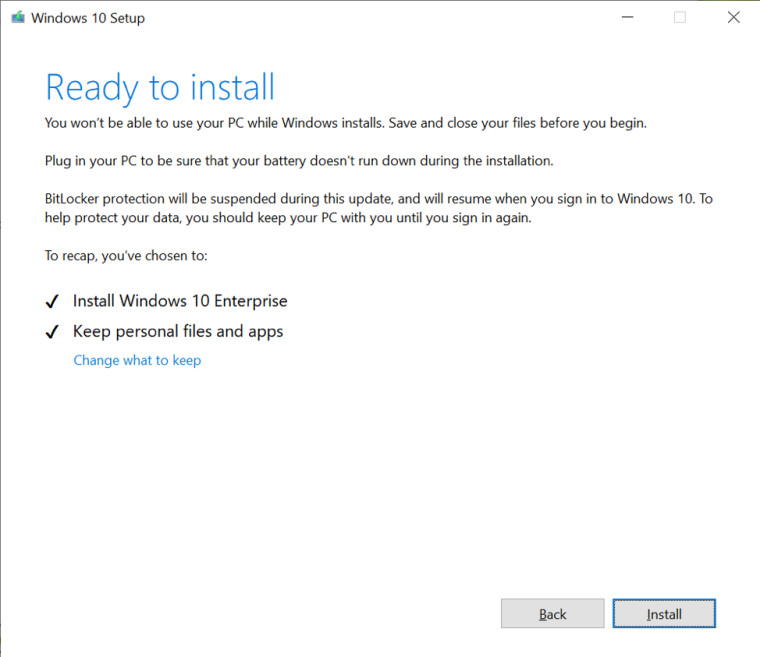 Note: Windows 10 Setup for this build will not include the Microsoft logo, Support link, or Legallink in the bottom left hand corner of Windows Setup. The Retail release will include these and the links are included here for reference.

Starting with 19H1, when your device has an update requiring a reboot (including new builds we release), you will see the Power button in the Start menu with orange indicator alerting you to restart your device.

In case you haven’t noticed already, we’re currently rolling out an update to Insiders in the Fast ring! This update includes:

We’re currently rolling out Snip & Sketch version 10.1811.3371.0 to Insiders in the Fast ring. This app update has a number of bug fixes and reliability improvements, including:

Also: Window snip & borders are both now available to 100% of Insiders in the Fast ring! Thanks everyone who’s shared feedback about the experience so far!

Check out the new Gallery experience in Game bar! Without ever leaving your game, you can now view screenshots and videos taken through Game bar and even share your favorite screenshots directly to Twitter: 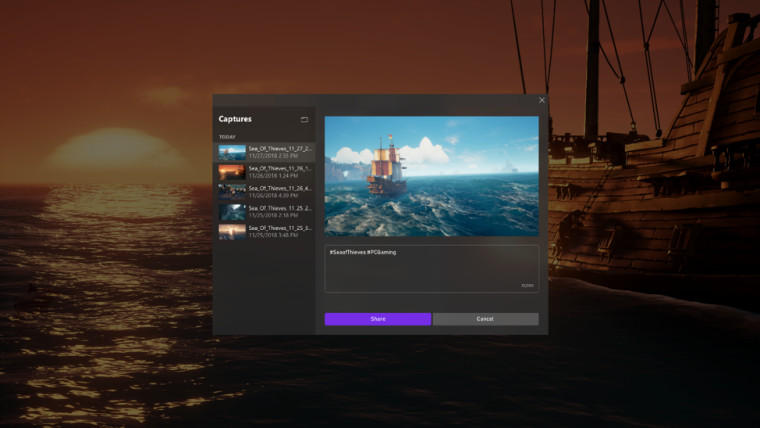 This is currently rolling out via a Microsoft Store update to both Insiders and retail users.

As you can see, there's quite a bit to take in here, and there's a little bit for everyone. It's mostly pretty straightforward though, with minor changes like a new File Explorer icon, an asterisk when a Notepad file has unsaved changes, the ability to unpin groups in the Start Menu, a better onscreen keyboard, and more.

Microsoft also called attention to its next Bug Bash, which is scheduled to run between January 11 and January 20. At that point, Insiders will be able to complete Quests to find bugs in Windows 10 19H1, which is due out in the spring.