An AMD insider has apparently revealed an internal AMD roadmap to GamersNexus regarding AMD's plans with the upcoming DDR5 memory. According to the roadmap, Team Red may be looking to introduce the next-gen memory standard two years from now. It states DDR5 hitting the mainstream AMD CPUs as well as its APUs in 2022. And while the CPUs are stated to be based on Zen 4 micro-architecture, the APUs are listed as Zen 3+ parts, which has generally been the tradition. AMD is also planning to introduce low-power DDR5 support to its mobile chips in the same year.

Alongside the new memory, the roadmap also states that the upcoming DDR5 platform will add support for USB4. PCIe 4.0, however, is to be retained as it will likely provide ample bandwidth for a long time.

SK Hynix recently published a blog stating that the company will start mass-producing DDR5 chips this year so a 2022 arrival for DDR5 on AMD's platforms seems completely plausible. The memory maker has plans to design the next-gen memory with modules running at up to 8400Mbps and having capacities of up to 64GB. 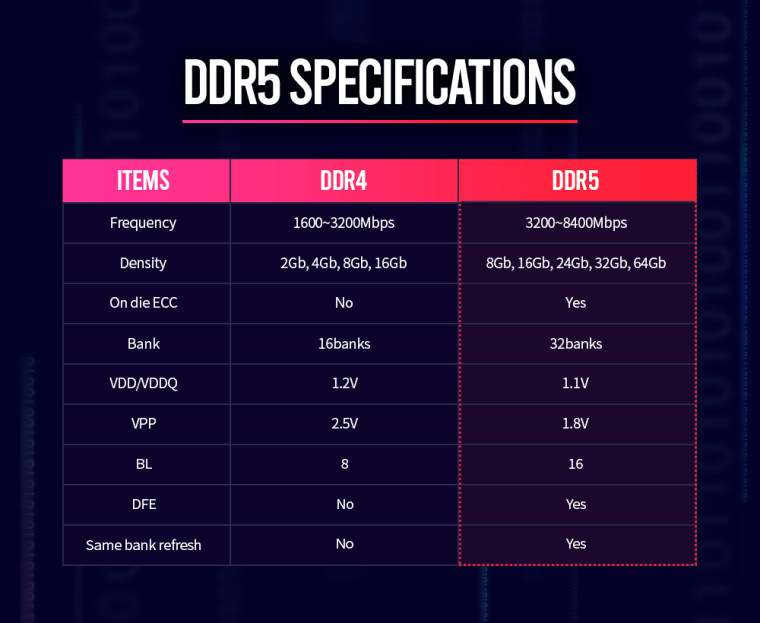