Among the release of the iPhone / iPod touch firmware 3.1 and the release of iTunes 9.0, Apple has announced a new iPod nano to the market, available as of today.

The new iPod nano supports a slightly larger 2.2 inch display, upgrading from 2 inches. The newest feature is the sporty camera, fixed to the back of the device. The 640x480 VGA camera mounted to the back only records video and does not double as a still camera. 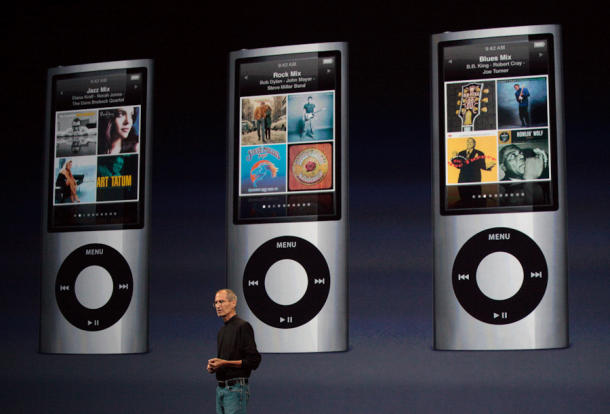 The iPod shuffle remains the same, but offers new colours and a cheaper price tag $59 (2GB) and $99 (4GB) "Special Edition" that's made of polished stainless steel.