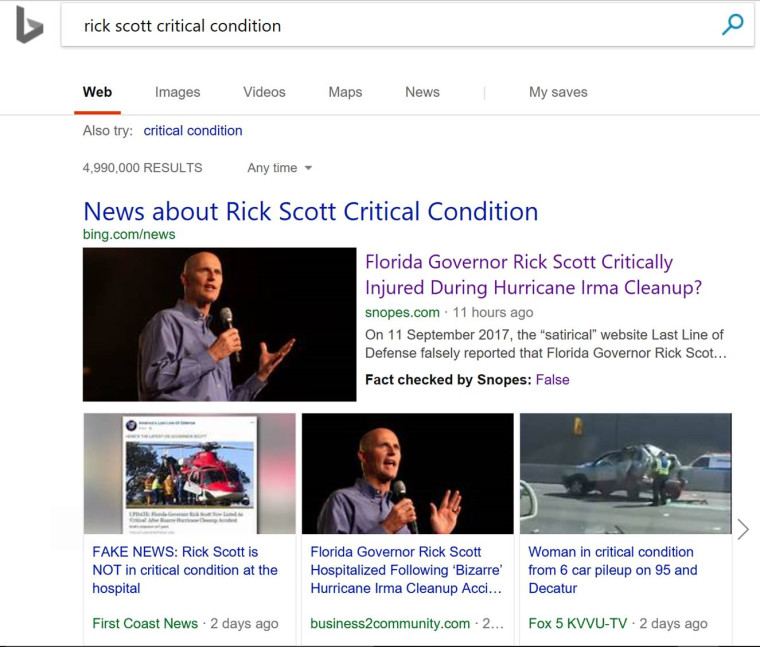 Following the footsteps of its rivals, Microsoft has decided to join the fact check party. After Facebook's alleged involvement in propagating "fake news" in the US presidential elections last year, many mainstream news outlets have taken it upon themselves to "fact check" claims made by influential people on public forums. Now, Bing is rolling out a feature that labels news stories on websites that it deems contain fact check information.

This information will be based on schema.org ClaimReview markup which can be found in fact-checking sites such as Snopes and Politifact. This is not unlike what Google did in April.

Microsoft warns people who use this tag for their websites to make sure that their page ticks the following boxes:

Earlier this year, Facebook rolled out a new feature that alerted users about potentially untrue stories being shared on a large scale. Google, too, added a ClaimReview markup based tool on its search page that allowed people to distinguish rumors from facts.