One of the main selling points of Windows Phone 7 devices has been Xbox Live integration. Gamers have been looking forward to something like this for a long time time and with Apple getting in on the fun by releasing Game Center a couple of months ago, now is the perfect time to cover it.

So for those of us who are lucky enough to already have a Windows Phone 7 device and an Xbox Live account, you are ready to go straight away. Once you enter your Windows Live account details, you are already connected up to your Xbox Live account. None of the current phones ship with any games pre-installed, so titles will need to be downloaded to really get into business.

Right now there are not that many titles out on the Windows Phone Marketplace, and what is there tends to just be ports of iPhone titles such as Uno, Bejeweled 2 and Flight Control among others. There are a few unique Windows Phone 7 titles out such as "The Harvest" and many more on the way soon.

The marketplace splits up games that use Xbox Live and those that don't. Xbox Live titles can make use of your achievements and gamerscore, though the multiplayer side of Live seems to be missing from any of the launch titles, and we're not too sure what title will be the first to make its way to the store.

To view your achievements and edit your avatar via your Windows Phone, you need to download Xbox Live Extras. However, at the moment it has been removed from the Marketplace due to a mass of problems with stability and HTC hardware.

So how does gaming feel on the Windows Phone 7? Our test device was the HTC Trophy and in general it could very well be an excellent gaming device. Right now, there are not many games pushing it hard, but one plus already has been the position of the speakers. On the iPhone whenever you play a game with your hands on either side, you seem to cover the speaker up which makes it hard to hear the games properly. However, on the HTC you have a top front facing speaker which does not get covered.

Graphically, the best looking game so far is probably "The Harvest," which runs well and looks great even if it is a little short and way too expensive for first generation phone game.

Gaming graphics should get better along the way, with reports indicating it'll be close to the first Xbox in terms of quality, especially considering that Windows Phone 7 hardware supports DirectX 9 and Shader 3.0. We've also found the sound to be a lot clearer and has a bit more grunt behind it when playing titles via both speakers and through headphones, though this could well be due to HTC's hardware rather than the Windows Phone 7s OS itself.

The Xbox Live features seem to work perfectly well, testing a few games have had achievements show up on our gamertags, and the small popup which graces the screen whenever you get an achievements is well placed and not distracting. Even the sound is the same as on the Xbox 360.

A problem right now though is the length of time it takes to load titles on some devices, specifically HTC handsets. Some games (The Harvest) can take over a minute to load. This throws a wrench in the overall quality of the apps. Some people will say that the games are much more detailed than before, thus textures will take longer to load. This seems unmerited though, as the iPhone has some very high resolution games, much bigger in size than any of these launch titles, and they take a quarter of the time to load. Hopefully this improves soon, otherwise gaming on the device will be a real pain. 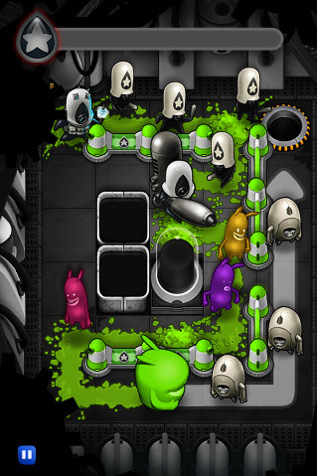 Another problem is the lack of multitasking and some bad design decisions. If you are playing a game and then put the device down for a moment, the screen tends to lock, and unlocking doesn't always reload your last place in a game. It seems that there must have been a better way of dealing with this, although in fairness, it happens on every application and not just games. It's slow, but not unusable.

So what are the best titles on the Windows Phone 7 Marketplace? Well some of the favorites we've liked so far include De Blob, an excellent but simple puzzle game based on its bigger Wii brother. It also looks great on the screen thanks to some great colours. Next we have the free Flowerz title, another puzzle game that is good, easygoing fun. Earthworm Jim is another decent port and works with Xbox Live too. Finally, "The Harvest" shines as one of the stand out games thanks to great graphics, though it's not the longest of titles.

Overall, its a good start for Xbox Live on Windows Phone 7. The selection of games are decent,more games will be coming and they will be coming soon. We hope that they fix the long load times and get those multiplayer titles on the marketplace as soon as possible. There are always problems on a new releases like this and the biggest has to be the mess with Xbox Live Extras on the UK launch, but this is being cleared up and should be back out on the marketplace in the next few days. For a 1.0 release of a platform, Windows Phone 7 is solid gaming contender, and it can only get stronger.