The days of file sharing sites getting away with their actions is limited, and no doubt many of the remaining sites have felt the heat since MegaUpload's sudden demise in January. Filesonic is just another name on the list. It was a target for the MPAA and the RIAA, as users would frequent the site if they wanted something for nothing.

After the demise of MegaUpload, the big names tried to change their policies. Filesonic removed its reward program, but apparently, this didn't save it. Since this change Filesonic went into freefall; Alexa's chart below evidences its demise: 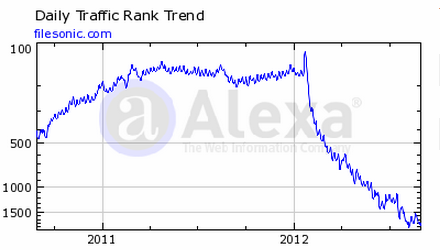 What this doesn't show is that the site flatlined. The .com domain has been gone for close to a week and attempting to reach it returns a 'server cannot be found' error. Other Filesonic domains have also changed hands in the wake of this change.

Wupload is also returning the same error. Doors across the world of file-sharing are closing as quickly as they once opened. It's entirely possible the webmasters are running scared from lawsuits or of the possibility of becoming public spectacles like Kim Dotcom. 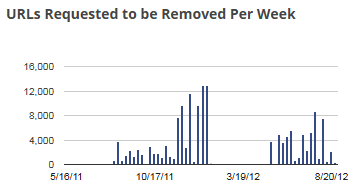 NBC alone was responsible for 81,000 takedown requests against Filesonic since May 2011. Second place goes to the RIAA, but that's not too surprising.