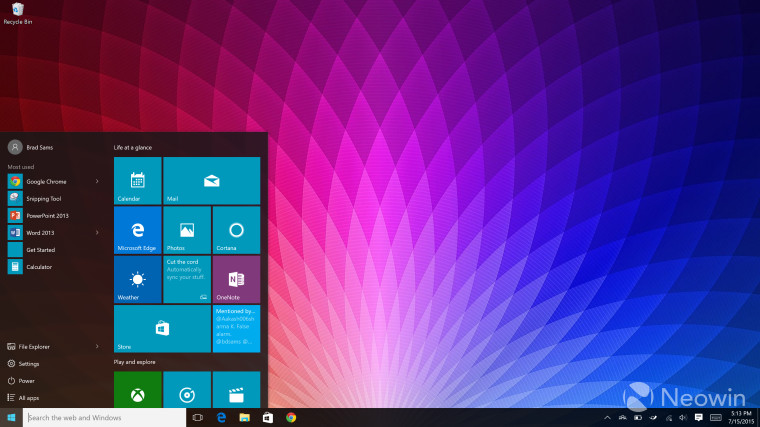 Microsoft has pushed out a new build of Windows 10 to Insiders today, build 10240 and if you have not installed the release but are curious about this new version, we have a full gallery posted below.

One of the first things you will notice about this release is that the watermark is no longer on this build. Microsoft is now using the retail channel for delivering this update which means that they need to remove the watermark from the build as well. This is the same path that Microsoft will use to push the OS to consumers starting on July 29th.

Besides the watermark, there is not much else new in this release. Microsoft has updated Edge to improve the performance of the browser.

You can download this build right now if you are an Insider, Microsoft pushed this release to both Fast and Slow ring users. It's clear that Microsoft is now fully confident with Windows 10 as they have been pushing out builds quickly and each new release has improved the performance of the OS as they continue to squash bugs.