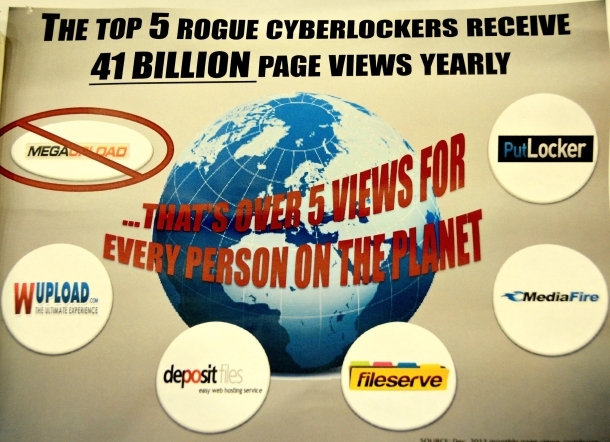 January's shut down of the MegaUpload file sharing website could be just the tip of the iceberg if Hollywood has its way. The popular site was closed down by US law enforcement officials for allegedly allowing its services to be used to distribute pirated online content.

Now News.com reports that during a speech this week, an executive at a major Hollywood film studio hinted strongly that five more file sharing sites are in its sights. Alfred Perry, the current vice president for worldwide content protection at Paramount Pictures, said during a panel at the On Copyright conference in New York, "We continue to make criminal referrals."

Perry said that the five sites that the company claims are currently at the top of their lists are Putlocker, Wupload, Depositfiles, FileServe, and MediaFire. In his panel he added, " ... more than 41 billion page views (yearly) are generated by the top 5 rogue cyberlocker services. That's five page views for every person on the planet."

Perry even showed a graphic that listed all of those web sites. It also listed MegaUpload with a marked out graphic. While Perry stopped short of saying that the five other websites would be targets of a shut down operation, it seems clear that the studio sees those sites as a major problem.