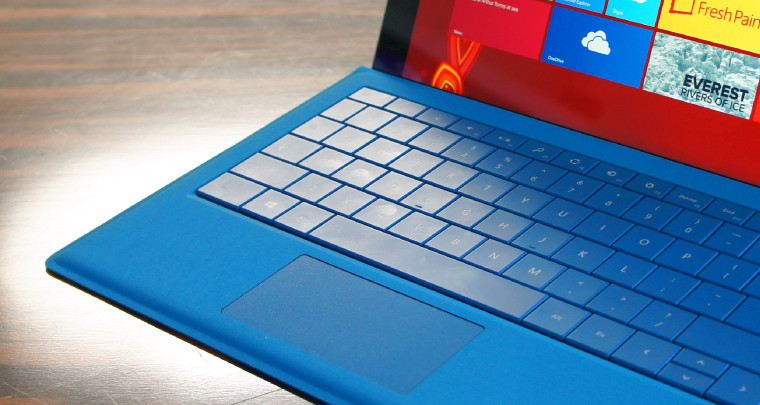 As we reported earlier today, Microsoft is currently offering the Surface 3 Docking Station with a whopping 45% off its regular price in the UK. However, it's also offering another deal that may be of interest to buyers and owners of its higher-end Surface Pro 3 tablet.

If you're preparing to buy a Pro 3 - or if you already own one, and fancy mixing things up a bit - you can now get 25% off a new Type Cover for that device at Microsoft Store UK. The discount cuts £27.50 off the usual £109.99 price of the keyboard accessory, which means you'll pay £82.49 at checkout.

Microsoft is sweetening the deal further with an additional freebie, in the form of a free Surface Pen Loop, worth £4.49, in the colour of your choice.

The 25% discount on the Pro 3's Type Cover is slated to run until March 31, 2016, or "while supplies last". That last bit is particularly significant, given that the black version is already out of stock, and the light and dark blue options are no longer even listed. At time of writing, only the purple and red versions remain available.