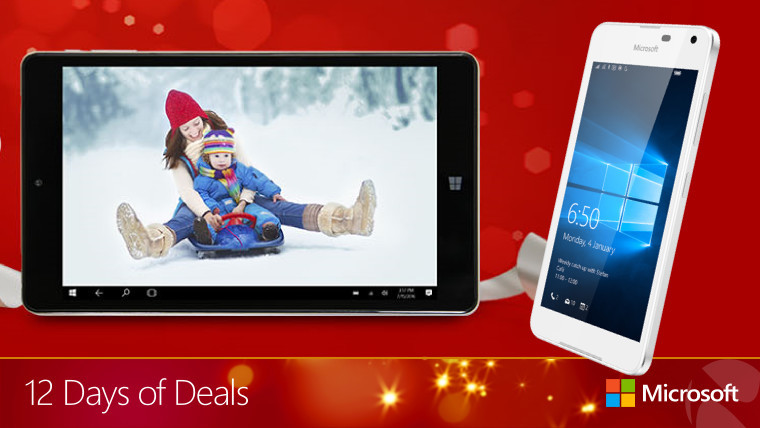 It's day five of Microsoft's 12 Days of Deals, and after giving a massive $250 off its entry-level Surface Pro 4 yesterday, the company is now offering huge savings on some of the other tablets and 2-in-1 devices available on its store.

Today, you can get up to 70% off a selection of Windows 10 devices, including the 8-inch NuVision tablet, which is now available for as little as $49. The tablet is listed in three configurations, but one of them - which is usually priced at $229, but on offer for just $69 - has already sold out, just minutes after today's deal went live.

If you can get to a Microsoft Store, you can also take advantage of the latest in-store-only 'Doorbuster' deal. Microsoft is offering its Lumia 650 Windows 10 Mobile device for just $79, a chunky $120 (60%) savings on its usual price of $199. The Lumia 650 is an impressive handset, earning itself a high score in our review earlier this year.

As with the other 12 Days of Deals, don't forget that today's offers are available for today only, and will end at 11:59pm PT.

You can find out about upcoming 12 Days of Deals offers here.