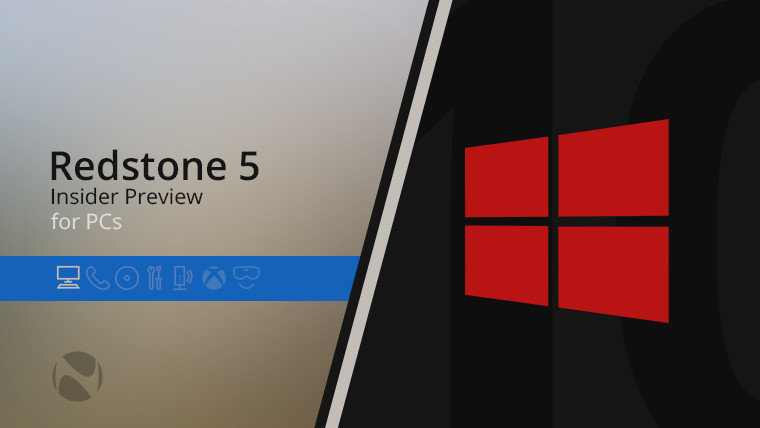 It's only been three days since Microsoft released Windows 10 build 17738 to the Fast ring, but it's time for another one. Build 17741 is once again a preview from the Redstone 5 development branch, and the reason that we're seeing more frequent builds is because we're getting close to the RTM now, which is when there's a final build release that will eventually go to non-Insiders.

Indeed, Redstone 5 should be finalized sometime next month, with public availability likely in October. For now, the team is focusing on fixes, and there won't be any major new features added before launch. You might see some minor new features here and there, and some features that arrive through app updates like improvements to Your Phone, but don't expect anything major.

Unfortunately, Microsoft still hasn't released a blog post to outline if anything at all is new. Sadly, releasing a changelog at the same time as a build is something that Microsoft is yet to master.

Update: Microsoft has finally released a changelog, with a new entry point for Your Phone:

An easier way to get to Your Phone app

Android phone users, check it out and keep the feedback coming. Your Phone app is intended for Windows insiders, we brought it first to you because we need you to help us test and perfect this app! Build 17723+ is highly recommended for the best experience. Your Phone app is also live for Insiders who are in Skip Ahead running 19H1 builds.

Coming today for Build 17741, we’ve added a new entry point to Your Phone app. Notice a desktop pin? It’ll take you directly to Your Phone app – for quicker access to your phone’s content. Or go through the all apps list in Start Menu, or Windows key and search for Your Phone app. You pick how you get there, just get there.

If you're looking for new features, then you should be on the Skip Ahead ring. Unfortunately, there's limited space, so if you haven't enrolled by now, it's too late. Those Insiders are already testing the next feature update that's scheduled to land in the spring, codenamed 19H1. The regular Fast ring will see 19H1 builds after Redstone 5 is released to the public.

As you'd expect though, we'll continue to see more fast-paced Fast ring builds for the time being, rather than its standard pace of one per week. Hopefully, the Slow ring will see some love as well.

We'll update this article if Microsoft published a changelog for this build.