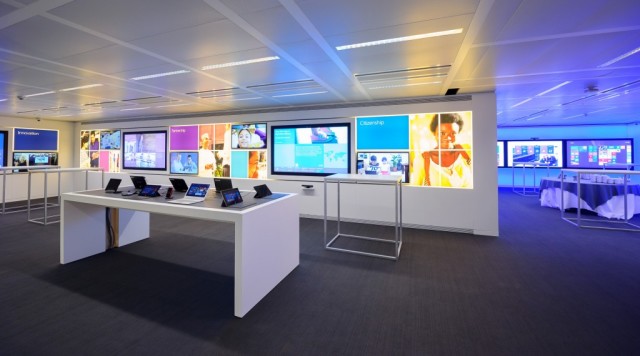 The Microsoft Innovation Center in Brussels

Located in downtown Miami, Microsoft has revealed plans for their first ever Innovation Center (MIC) in the States. The facility will allow for in-depth trainings and workshops to help educate citizens on technology and IT skills. The center is set to be the first of many that are going to appear at various locations around the country.

Working in cooperation with Miami County and other city officials, Microsoft aims to bring together a community for collaboration and economic growth within the area. Entrepreneurs and startups could get access to further resources, as well as unseen talent for potential careers.

Since this is the first innovation center in the US and it is in Miami, it only seems appropriate for the unveiling of their first at Techweek 2014 (which takes palce in Miami). There are already more than 100 fully functioning centers across the globe, including Singapore, Greece, and Uganda. The hope is that the MIC in Miami will be a showcase for the latest technology advancements and progressions.

The imminent release of Windows Phone 8.1 and future desktop updates coincides with the upcoming center. Microsoft has provided not only the tools for application development, but also an area in which those can share and collaborate to create new products for the end consumer and local community.