We love roadmaps for many reasons and the latest document from the Microsoft camp is encouraging but reveals very little at the end of the day. The leak was posted to Twitter by @mvisser, who is the CEO of Meetroo and was spotted by Mary-Jo Foley.

The images are posted below, but let’s be honest, there is not much in the way of hard details to get excited about. The document was created back in December of 2011 and does not even mention the Consumer Preview in February, which as we all know was a major milestone for Windows 8. 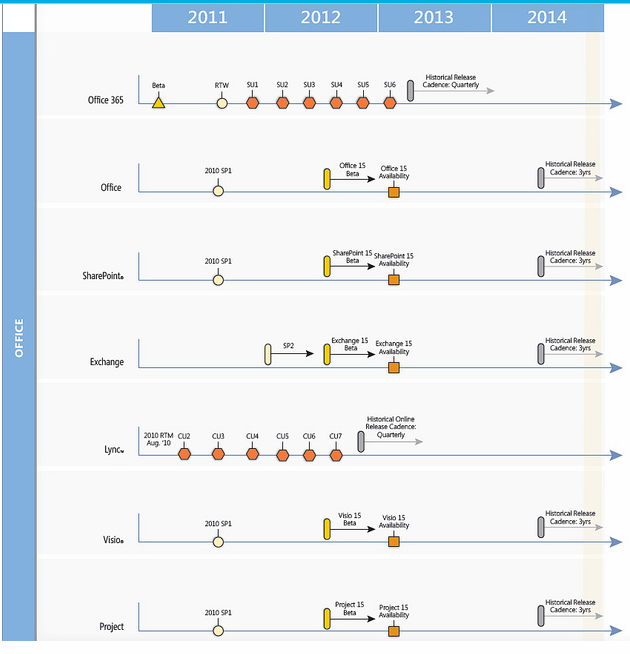 There are a couple of key indicators that we can take away from the documents including that Office 15 is depicted to land in early 2013 for general availability (previous speculation suggested November-ish timeframe) and IE10 looks to be aligned for a middle of the year release (June?).

Additionally, Windows Phone has a key marker for late in 2012, titled “Future Investment”. It is unclear if this is the Windows Phone 8 release many have been hoping for, or if this will be Tango.

Take a look at the roadmap, see anything that excites you? We know it is a bit vague, but hey, at this point, it’s better than nothing, right? 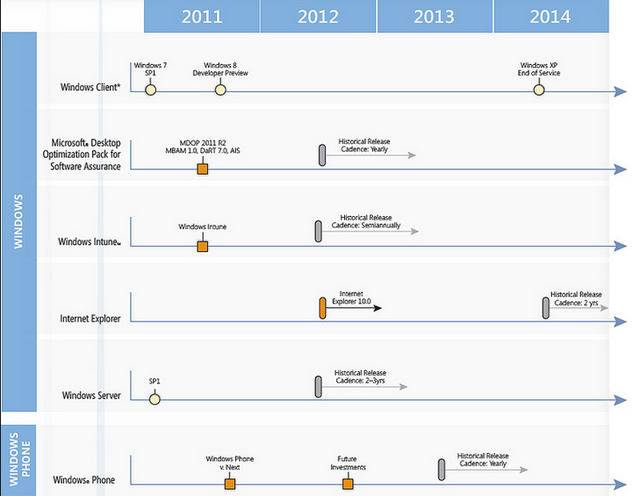