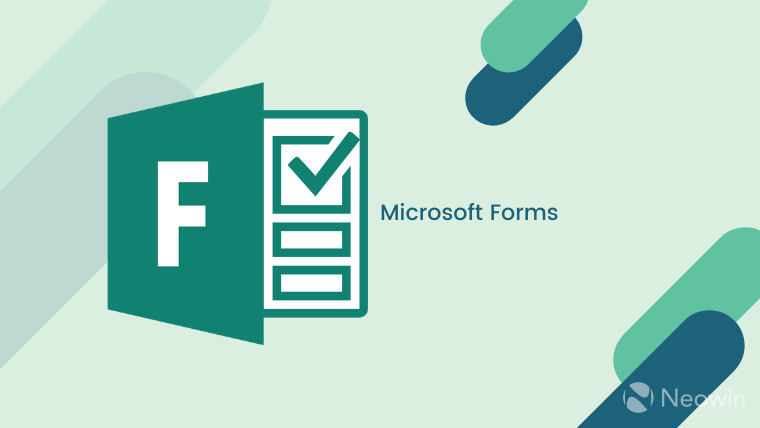 Microsoft announced today that it has begun incorporating Forms' polling capability into Teams meetings. The integration was first introduced at Ignite conference in September when the software giant unveiled new features for Forms and made it available in the Office mobile app.

The new feature allows you to create polls before, during, and after meetings in Teams. To create a poll prior to a meeting, you can head over to your meeting chat or details view and add the Forms app as a tab by clicking on the plus button.

As the presenter, you can click the Forms icon in order to launch a poll without leaving the meeting window. You can also decide which poll to launch by choosing from all your prepared polls in the right pane. That said, only the meeting presenter or organizer can add Forms as a tab and create polls. Meeting participants, on the other hand, can only respond to polls.

Of course, you can always go back to the Polls tab and create new questions during a meeting. Once that's done, participants will see the poll question in the form of a pop-up bubble, where they can choose to make their response. Otherwise, attendees can send their reply via the chat pane. Polls can also be closed if you wish to stop accepting responses from participants.

Poll results can be viewed and analyzed directly in the Polls tab, plus you have an option to export them into Excel. Polls in Teams meetings are available to organizations with a Microsoft 365 Enterprise, Business, Education, or Firstline Workers F3 plan as well as an Office 365 Enterprise plan. The feature is live on Teams on desktop or the web.

Forms will also suggest answers based on the text used in the poll question. Microsoft vows to bring the same capability within Forms' surveys to polls in Teams meetings in the future. In addition to Forms, Microsoft also added today a slew of new apps to Teams such as Asana, HireVue, Monday.com, Slido, Bigtincan, and Teamflect. You can find more new apps integrated into Teams by clicking this link.