In April, Neowin first reported that some users of the desktop version of Skype were seeing a new user interface for text conversations. Now Microsoft has announced it has recently begun testing a new UI for both the Windows and Mac Skype desktop clients. 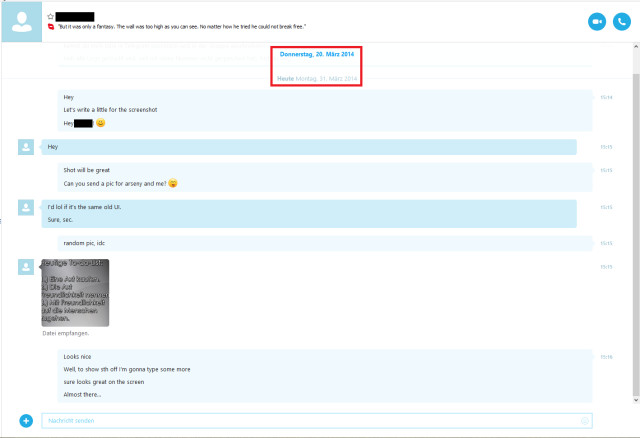 In a post on the Skype blog this week, Microsoft stated that the team had been busy for the past 18 months developing new interfaces for the Windows 8, iOS and Android versions. Now that this particular work is over, the time is right to turn their attention to a refresh of the desktop clients.

With this in mind, we recently started testing a refreshed UI on a small portion of Windows desktop users. And soon, some Skype for Mac users will see the new experience, too. The new UI aims to bring a clean and modern look to Skype, providing you with a delightful and coherent experience across all clients. We’ll be analyzing test results, gathering feedback, and fine-tuning the experience before releasing to our entire user base.

The blog post did not offer any screenshots of what the new Windows and Mac desktop versions would look like, nor did it give an estimate on when it will be released to all users. In our article from April, the new UI was only seen in the chat conversations. It's possible that this new round of testing will extend the refreshed interface to the entire application.