Almost ten years after the début of Half-Life 2 - the first sequel to what is still regarded as one of the best games of all time - Half-Life 3 is still frequently discussed and rumored, despite having never even been publicly acknowledged by Valve, developers of the series.

After HL2, two more titles - Half-Life 2: Episode 1 (2006) and Episode 2 (2007) - were released, but even now, seven years on, many gamers are still yearning for the next installment in the story of the series' silent hero, Gordon Freeman. If today's news is to be believed, they may finally get what they've been waiting for.

Minh 'Gooseman' Le is the co-creator of the phenomenally popular Half-Life mod Counter-Strike, and a former employee of Valve. In a recent interview by goRGNtv on Twitch, Le claimed that he has seen evidence that Valve is indeed working on a new sequel.

When asked about Half-Life 3, Le joked that there was "a laser sight at [his] head right now", adding: "I don't know if I can talk about that to be honest... but I think it's kind of public knowledge, that people know that it is being worked on, and so if I were to say that, yeah, I've seen some images, like some concept art of it, that wouldn't be big news to be honest." 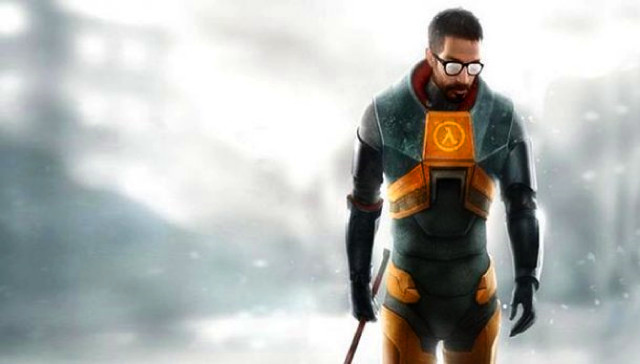 Of course, the supposed development of Half-Life 3 has been far from "public knowledge"; rumours surface from time to time but they never seem to progress beyond the realms of hearsay and speculation. Even so, Le continued: "I guess I could say that I did see something that looked kind of, like, in the Half-Life universe. And I mean, it wouldn't surprise anyone if I said 'yeah, they're doing it', they're working on it, so 'yeah'."

He added: "It seems like old news by now anyway, I think everyone kinda knows that it's being worked on."