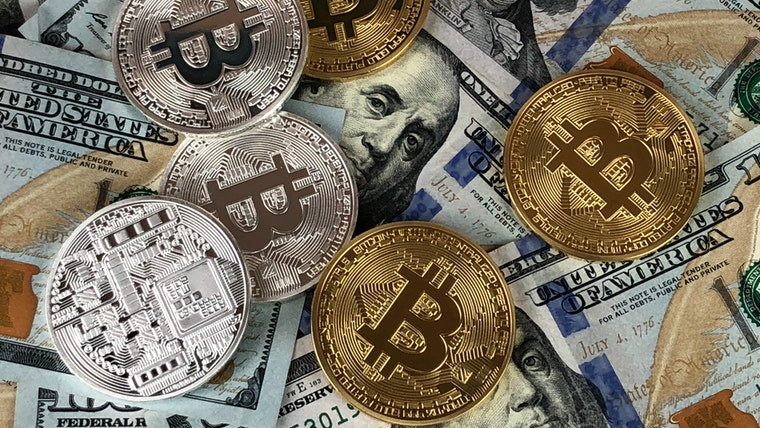 Cryptocurrencies saw a massive boom in their valuation last December with popular currencies like Bitcoin and Ethereum breaching their respective all time high valuations. This led to an increase in mining as people tried taking advantage of the boom and earn money in the process.

However, if you are someone who does not understand mining then you are at the right spot. We have put together a guide to help you understand what mining is and how you can set it up yourself and earn money.

What is a cryptocurrency?

Before we jump into mining, let us first understand the concept of cryptocurrency. A cryptocurrency is a digital asset that works as a medium of exchange wherein a user transfers the currency ownership in exchange for goods or services. Satoshi Nakamoto was the first person to create a decentralized cryptocurrency. Named Bitcoin, the currency was unique and was made to solve loopholes in the traditional or fiat currency. In the research paper titled “Bitcoin: A Peer-to-Peer Electronic Cash System”, Satoshi explained that the currency was designed to be decentralized, meaning no central authority had ownership and it was transparent since all the transactions were stored in a public ledger called Blockchain. Bitcoin used proof-of-work concept (more on that later) and used SHA-256 cryptographic hash function.

After the launch of Bitcoin, several developers started working on the concept and the world soon got introduced to Litecoin, a cryptocurrency that used scrypt as its hash function instead of SHA-256. Since then, we have seen many cryptocurrencies come to life, majority of which are designed to solve real world problems and create decentralized platforms for developers to use as a foundation for future projects. As of early 2021, there are over 4,000 cryptocurrencies in existence.

What is mining and how does it work?

Now that the concept of cryptocurrency is clear, let's move to mining and what role it plays. In layman’s term, mining is validation of cryptocurrency transactions. Since, cyptocurrencies are decentralized, there is no central authority like a bank to verify the transactions. This is where mining comes in. Most of the early cryptocurrencies used proof-of-work concept which is a cryptographic zero-knowledge proof wherein one party proves to the other party that a certain amount of computation work has been done.

Bitcoin in particular relies on a distributed public ledger called Blockchain that records every transaction that happens on the network. The ledger arranges all the transactions in sequences to prevent double spending by the users. Moreover, the ledger is distributed to all the miners to prevent tampers as an altered version of a block can be verified and rejected by other miners making the system tamper-proof.

In reality, every block is assigned a hash, which is a long string of alphanumeric characters to verify the transaction. However, to generate the hash, the bitcoin network sets a level of difficulty which is adjusted in a way that every new block is mined and added to the blockchain by generating a valid hash. The miners who help mine the blocks get paid in the cryptocurrency for their efforts and their contributions made to the network.

While this system works well for Bitcoin and other currencies, it also creates a huge demand for computer hardware required to mine cryptocurrencies. Furthermore, it also generates a lot of heat and requires constant power to work.

How can you mine cryptocurrency?

Now that you understand what mining is, we will talk about how to mine cryptocurrencies. A word of caution before we proceed forward. Mining puts a constant load on your GPU and increases the power consumption. Both are bad in long term as they can significantly increase your power usage as well as cause irreparable damage to your components. If you decide to mine, please do so at your own risk. I or any other person at Neowin will not be responsible for any damage you may incur while mining or due to the wrong GPU configuration.

Now that we have that out of the way, let us talk about what you need to mine cryptocurrency. While there is no minimum requirement for mining, we do suggest getting a relatively new GPU. We would recommend getting a 30 series GPU if you can, else go for the last generation RTX GPUs. Same applies to AMD GPUs as well. The newer the GPU is, the better hashrate you will get and the more money you can make. Hashrate refers to the total computation power used to mine a proof-of-work cryptocurrency. The higher the hashrate, the more you will be able to earn through mining.

Now, let us talk about software that you will need to set up cryptocurrency mining. While there are plenty of softwares available, we will focus on the ones we have tried ourselves. Before that, we highly recommend downloading MSI Afterburner as you will require that to fine tune your GPU settings for optimal usage. This will also allow you to reduce power usage and extend the life of the GPU.

Unfortunately, we cannot share what settings to use on MSI Afterburner as there are plenty of GPUs in the market and testing every GPU will not be feasible for us. You can go online and check out the settings used by others and replicate them, or you can fine tune them manually yourself. Do note that you should ideally decrease the power limit from 100% while increasing the memory clock. At the same time, you may also reduce the GPU core and set your GPU fans to maximum to cool down the GPU. Your objective should be to increase the hashrate while keeping the temperatures in control and using as little power as possible. Again, the exact settings can be found on Reddit, and they will vary according to the GPU model.

Now that you have tuned your GPU, let us talk about wallet address. Every mining software will require a wallet address which is like a bank account number to receive the coins. To get a wallet address, you will need to set up an account with an exchange. Popular cryptocurrency exchanges include Binance, Huobi Global, Coinbase Exchange, Kraken, KuCoin, Bitfinex and Gate.io. You should check if the exchange you choose is allowed to function in your region. Binance, for example, was banned from the USA, so people residing in the US will have to open an account with one of the other exchanges. Furthermore, you should make sure that the exchange you choose allows mining bonuses to be credited. You can check with their customer support if you want more information on the same. Once you have opened an account, go to the funds/wallet section, and find the deposit address for the coin you want to mine. Ensure you have selected the right network, or else your coins will be lost. Again, you can contact the exchange support if you want help with selecting the right network.

Next up is mining software. For Bitcoin mining, we will recommend Nicehash. It is a trusted software that has been available for a while now and allows users to mine on their primary system; or use a mining OS and set up a rig dedicated to mining. Nicehash also provides a web interface to manage your mining rig remotely. Installing the software is simple. Just head to Nicehash’s website and download the software. Once downloaded, follow the steps to install and set up your Nicehash account. Nicehash also provides QuickMiner which is a CUI based software. However, for novice users, we will recommend using their GUI miner as it is easier to configure to your liking.

Moving on, if you are interested in mining other currencies then you can use a tool called Unmineable. Unmineable allows users to mine cryptocurrencies that are not directly mineable. The tool includes currencies such as ADA, Doge, BTT, Ethereum, Uniswap, Dash, etc. Unmineable also gives users a handy GUI software that you can use to configure everything. You can download the software from their website and set it up for the cryptocurrency that you want to mine. Once done, click on start to begin mining the desired cryptocurrency. Unmineable will automatically transfer the coins once you cross a certain threshold, but you can turn it off if you want to manually transfer coins to your wallet. For experienced miners, Unmineable also supports PhoenixMiner, lolMiner, NBMiner and T-Rex so you can use those if you prefer a command-line interface.

In conclusion, cryptocurrency mining can serve as a decent supplementary income if you are able to get your hands on a decent GPU and spend time configuring it. Bitcoin recently suffered a massive drop making it lucrative to mine as many might stop mining which could reduce the mining difficulty allowing you to make more money. However, mining comes with its own set of risks, and you should always keep them in mind while mining. Never try and push the GPU over the edge as it can seriously damage your GPU and other components.

As for the future, mining may become the thing of the past with developers moving towards a proof-of-stake concept that does not require mining to validate the blocks. Instead, cryptocurrency holders can stake their coins to verify the transactions and get interest on the staked amount in return. Ethereum is the first major cryptocurrency to take a step in the right direction. With the introduction of Ethereum 2.0, the developers will pay bonuses to cryptocurrency holders who will stake their Ethereum coins. However, the future where all cryptcurrencies use a proof-of-stake concept is far and as such, mining can be a good way to make money, even if it is for a short duration.