Great smartphones on a budget phone aren’t exactly a new phenomenon. Motorola was actually one of the first manufacturers to deploy well-performing devices that didn't break the bank and while others have also joined this cause, Moto G series remains iconic in its own right. The latest entries to the coveted series, the G5 and the G5 Plus, were showcased at the MWC back in February and went on sale earlier last month. Let’s see how the former stacks up against its predecessors and whether the G5 has what it takes to be bang for your buck in the crowded mid-range space. 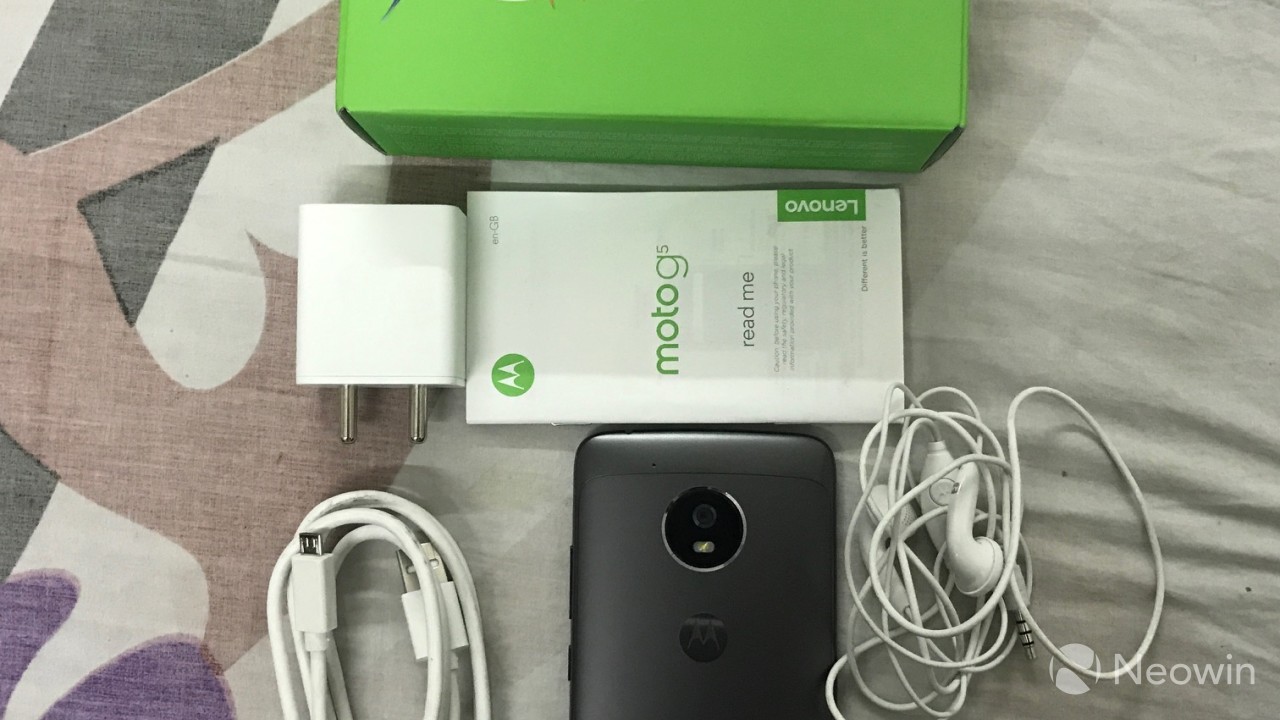 Apart from the phone itself, the box contains earphones, a 2-pin charger, a Micro-USB cable, the 2,800mAh battery along with the user manual.

The design of the phone shares the same language as the company’s last flagship, Moto Z. I quite like the design language of the device and its metallic finish truly sets it apart from other phones in the same price range. The G5 feels good in the hand and is easier to grip. You won’t mistake it for a premium device but, you also won’t discard it for being “cheap”. Available in Lunar Grey and Fine Gold variants, it’s well-built and can even take a hit or two. My G5 actually fell face down on a hard floor and came out unscathed. 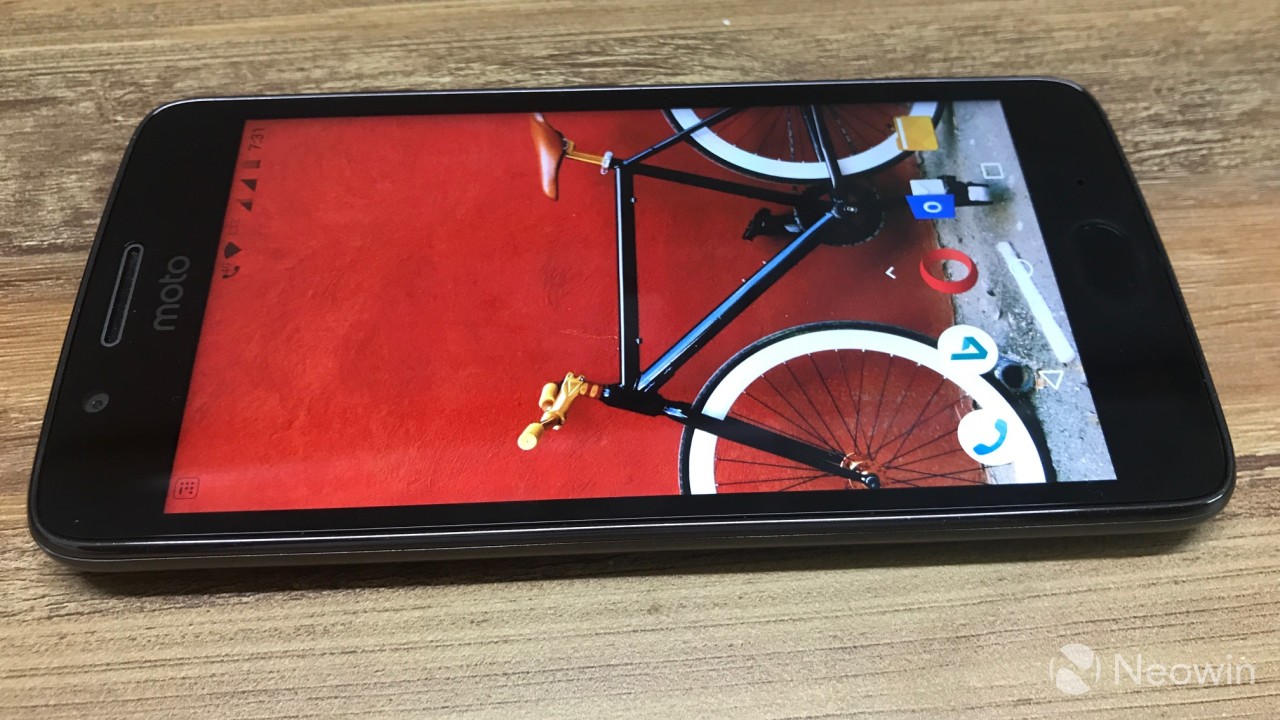 Unsurprisingly, there’s a micro-USB port at the bottom of the device and a 3.5mm audio port at the top. The power and volume buttons reside on the right while the fingerprint scanner is placed at the bottom of the screen, beside a microphone hole. The 5MP front camera and sensors are at the top of the screen. Interestingly, speakers are also at the top of the screen embedded into the earpiece itself. G5 has huge bezels on both sides of its screen and, honestly, I don’t mind it. The 5-inch 1920x1080 IPS display exhibiting a pixel density 441ppi does enough to keep you engrossed in whatever you’re doing. On the back, the device sports a 13MP shooter above the familiar Motorola insignia. 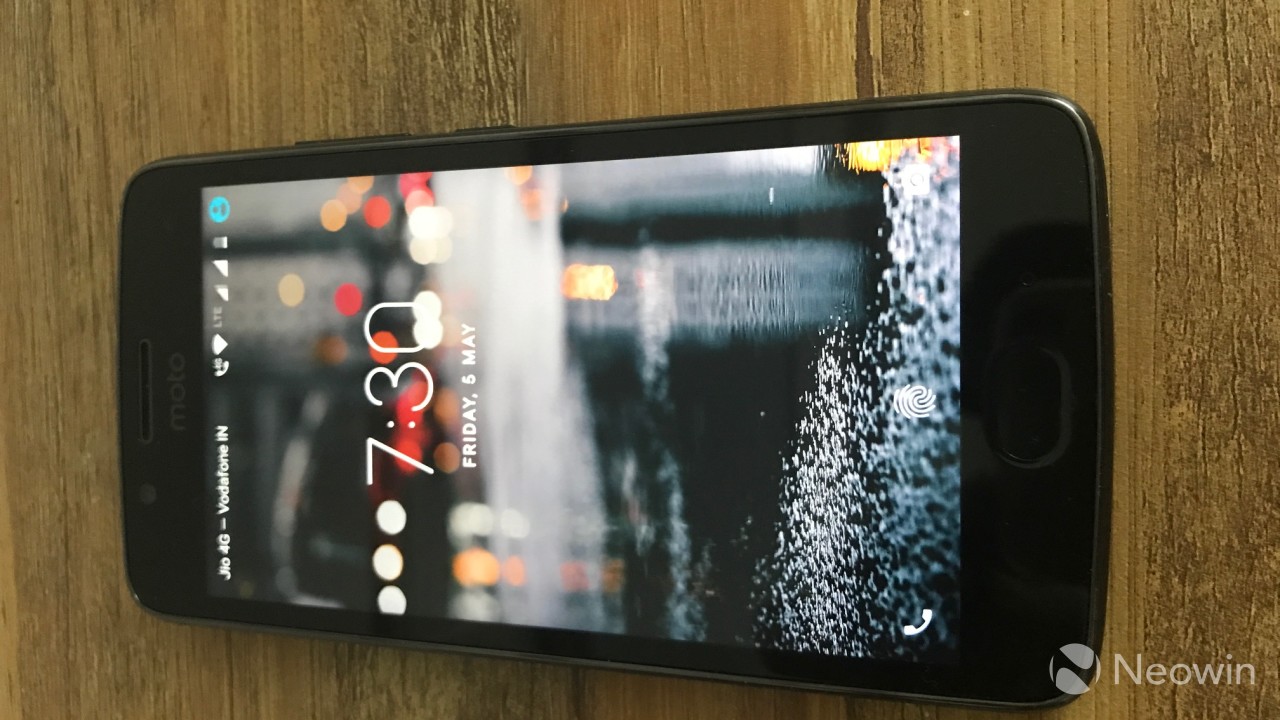 My issue with the build of the phone is its back cover. While it comes off, unlike it’s bigger sibling, the make of the G5 doesn’t exactly make it easy to remove the back cover, with just a small opening at the bottom of the phone. It requires a lot of time, force and, preferably, longer nails. It shouldn’t have been this way. Lenovo really missed an opportunity with this one as it could’ve made the device a lot easier to handle. It takes away from the experience.

On paper, the G5 sounds like a solid competitor in the mid-range arena. However, in reality, the device barely breaks even. The older Snapdragon 430 does its job as it’s supposed to but, that’s about it. Apps are smooth and so are games, for the most part. Resource-intensive apps such as Snapchat can bring the phone to its knees. Heavy games such as Marvel Contest of Champions, UFC and, every blogger’s favorite, Asphalt 8 may cause occasional lag but run well, in general. The phone also tends to get quite warm while gaming or during exhaustive usage (running benchmarks, GPS). In fact, it gets so hot that even holding it can become a difficult task.

The fingerprint reader works well if a bit slow. Multi-tasking works moderately well and can cause delays between inputs. Heavy usage can really bog the device down. But, one of the worse things on the device is the audio. The placement of the speakers could’ve been much better and the performance leaves a lot to be desired. It’s neither loud nor clear enough to be played in a slightly noisy environment. Even the earphones don’t help this cause, producing moderately audible sounds. I’m no audiophile but G5’s audio is disappointing to say the least.

While benchmarks aren’t the be-all and end-all of all smartphones, they do a good comparative analysis between all the devices and the verdict is clear on this one. Moto G5 is quintessentially a mid-ranger that doesn’t punch above its weight, something that is expected from the G-series.

I ran the AnTuTu Benchmark, Geekbench, and 3D Mark tests on the device with a pretty singular result, the Moto G5 is fairly mediocre in performance. Its scores ranged from average to below average depending on the tests. 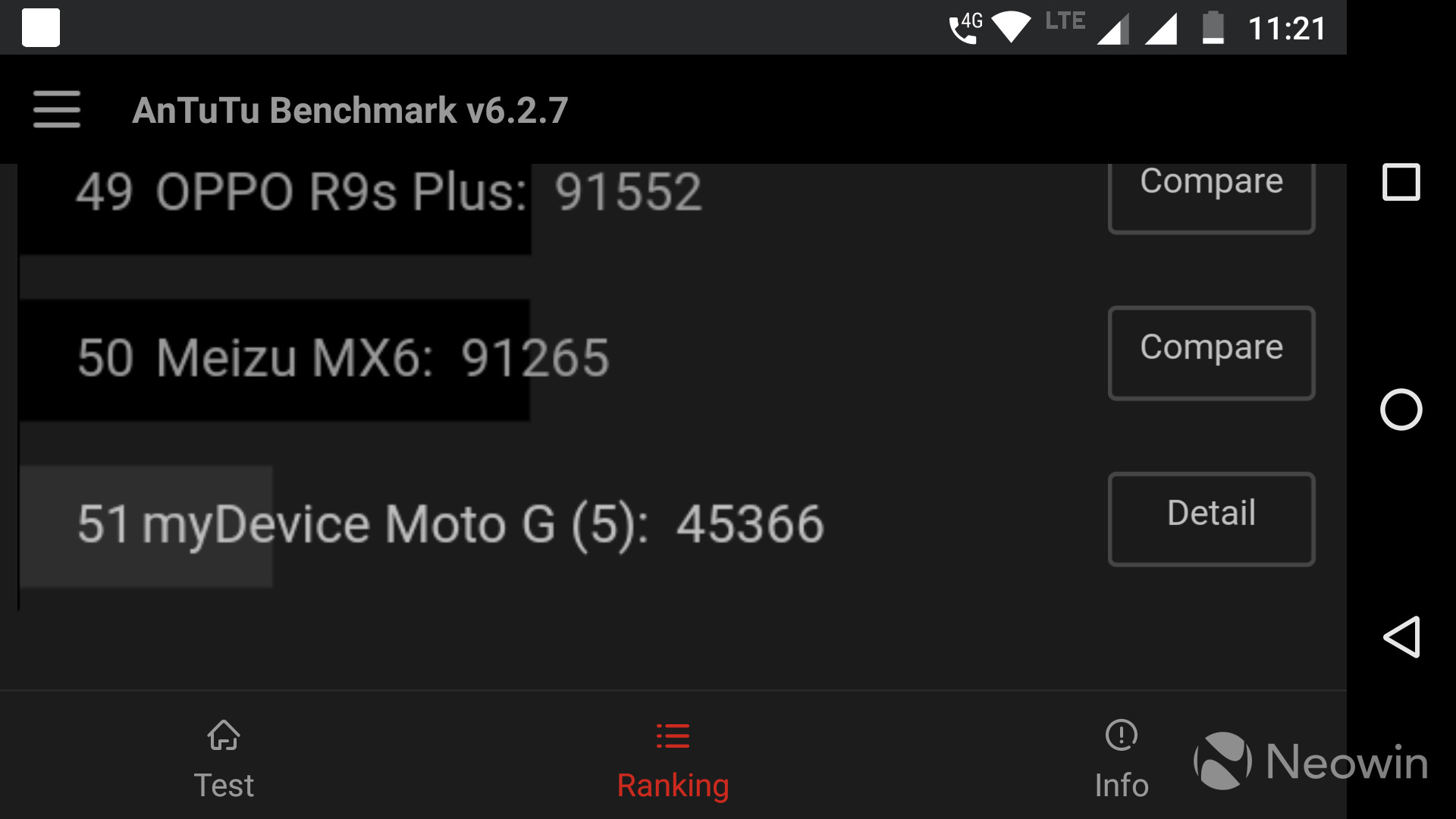 The G5 scored 45,366 in AnTuTu tests that included 9,493 in 3D, signifying a mid-level gaming experience, 16,781 in UX, and 14,121 in CPU, which the app calls satisfactory for daily use. The score is comparable to Lenovo’s other mid-tier offerings such as K6 Note and the K6 Power. 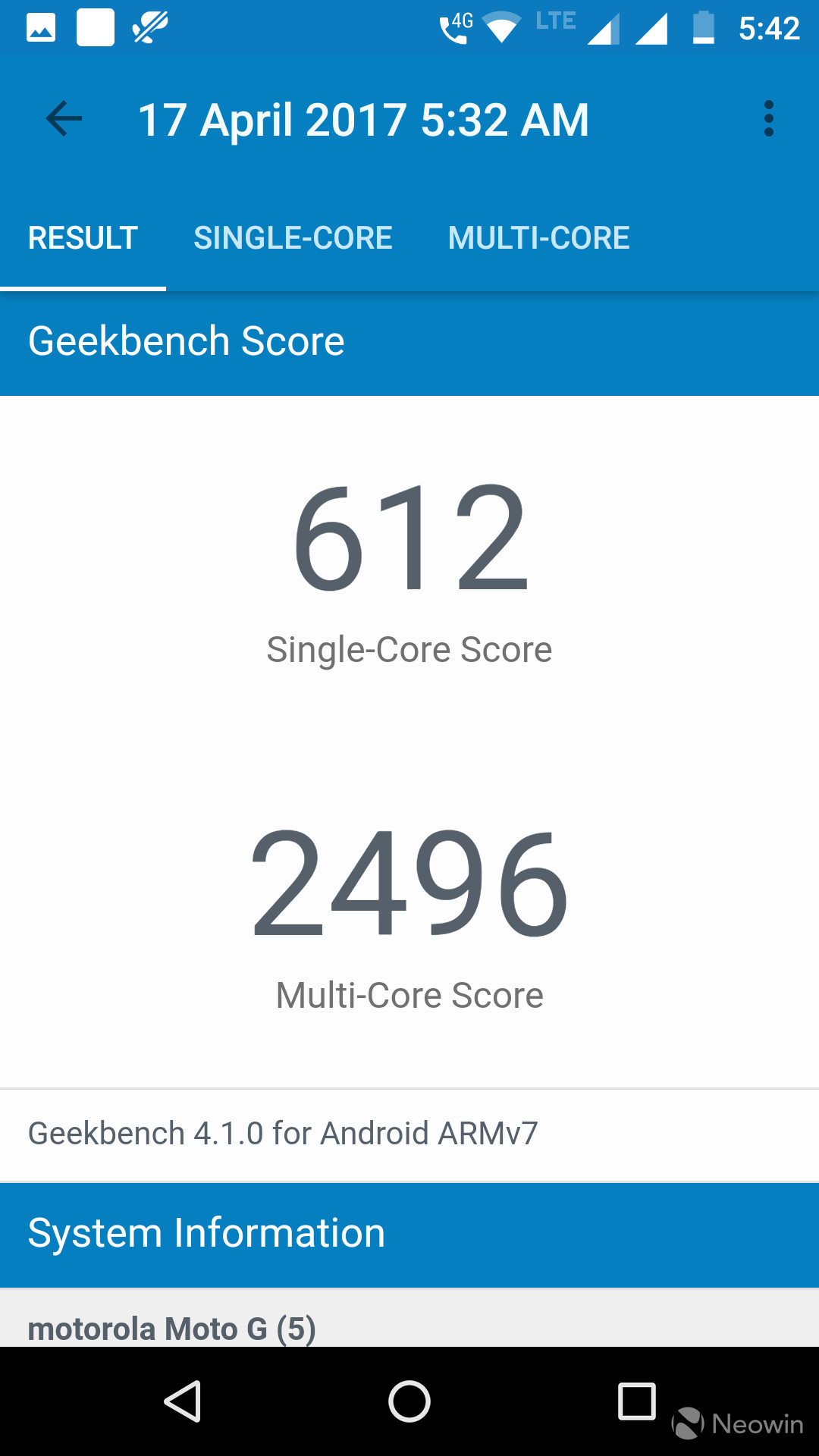 In the Geekbench 4, the smartphone garnered 612 points on the single-core and 2492 on the multi-core tests. The device narrowly beat the three-year-old OnePlus One and the Nexus 5 in these tests. 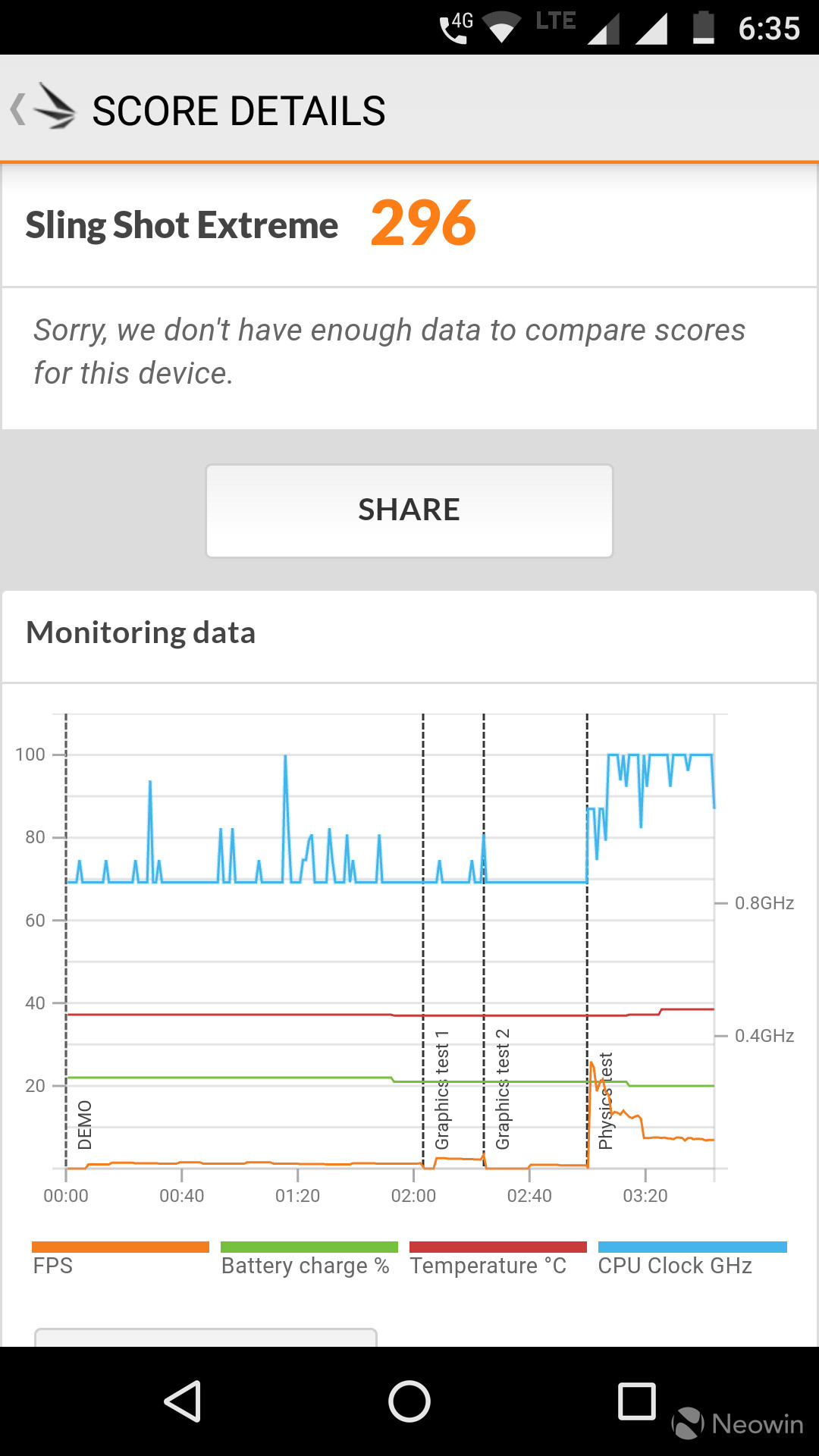 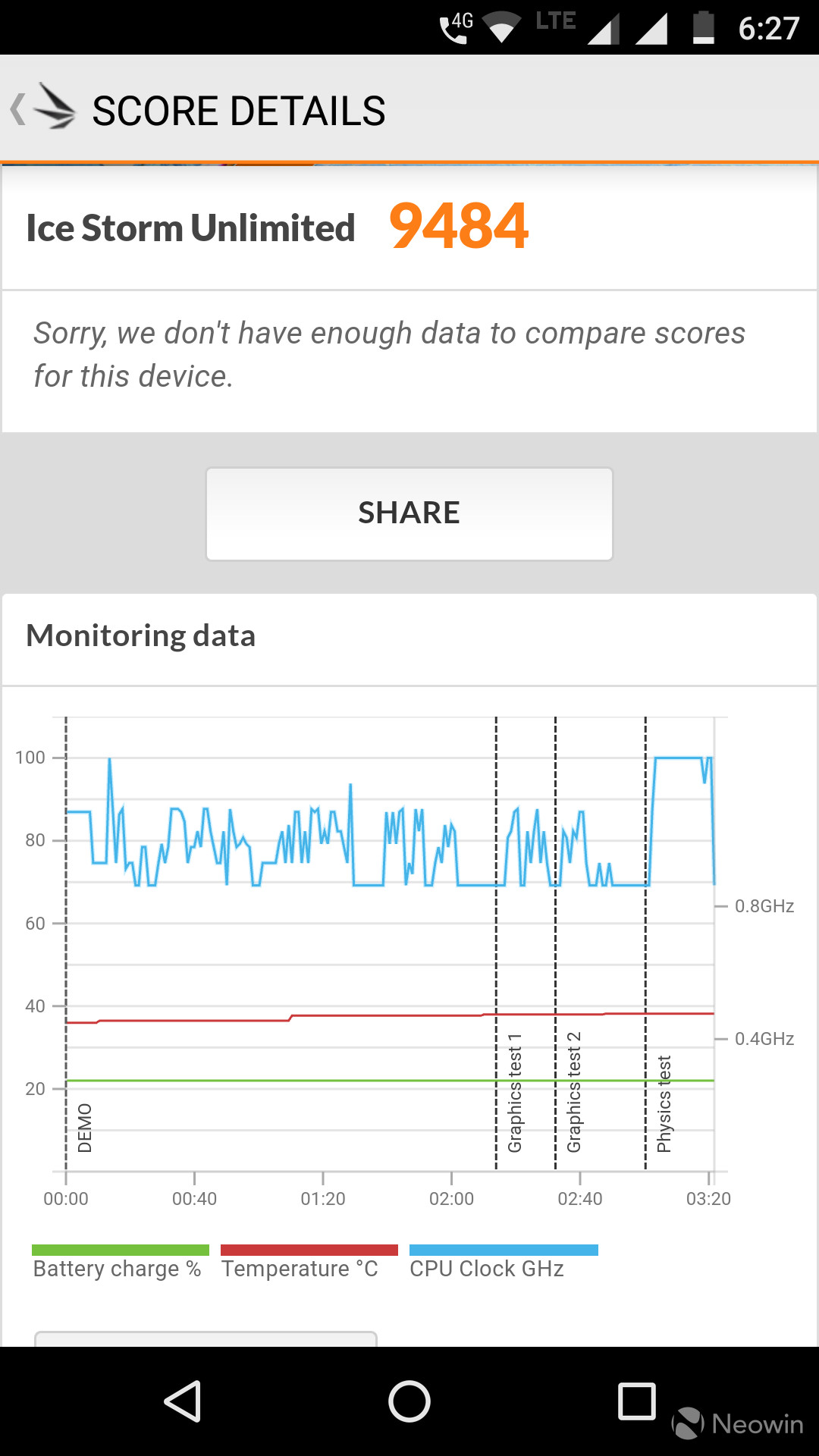 3D Mark wasn't kind to the G5 either as Sling Shot Extreme produced a meager 296 while the Ice Storm unlimited test got an average score of 9484. 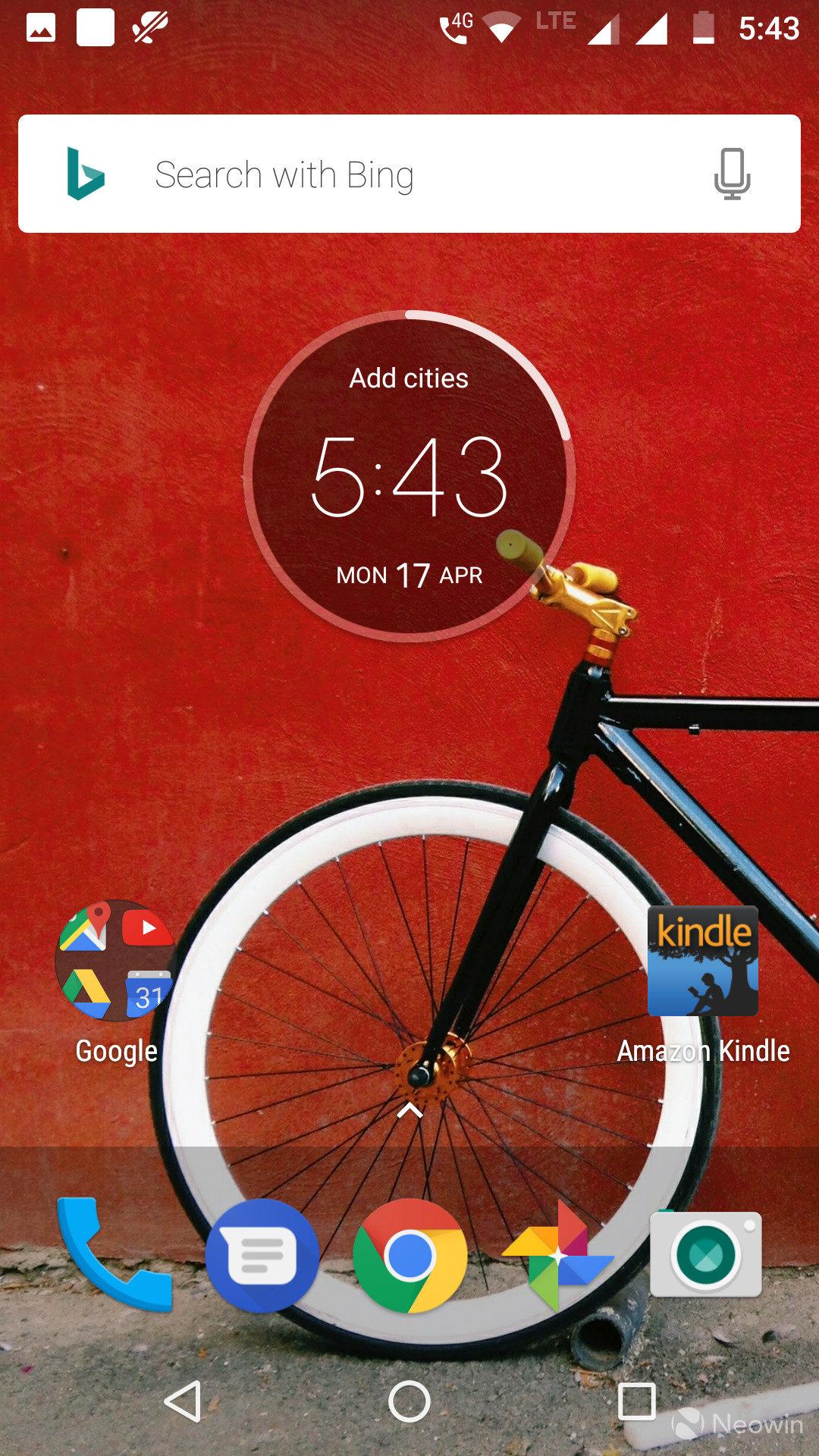 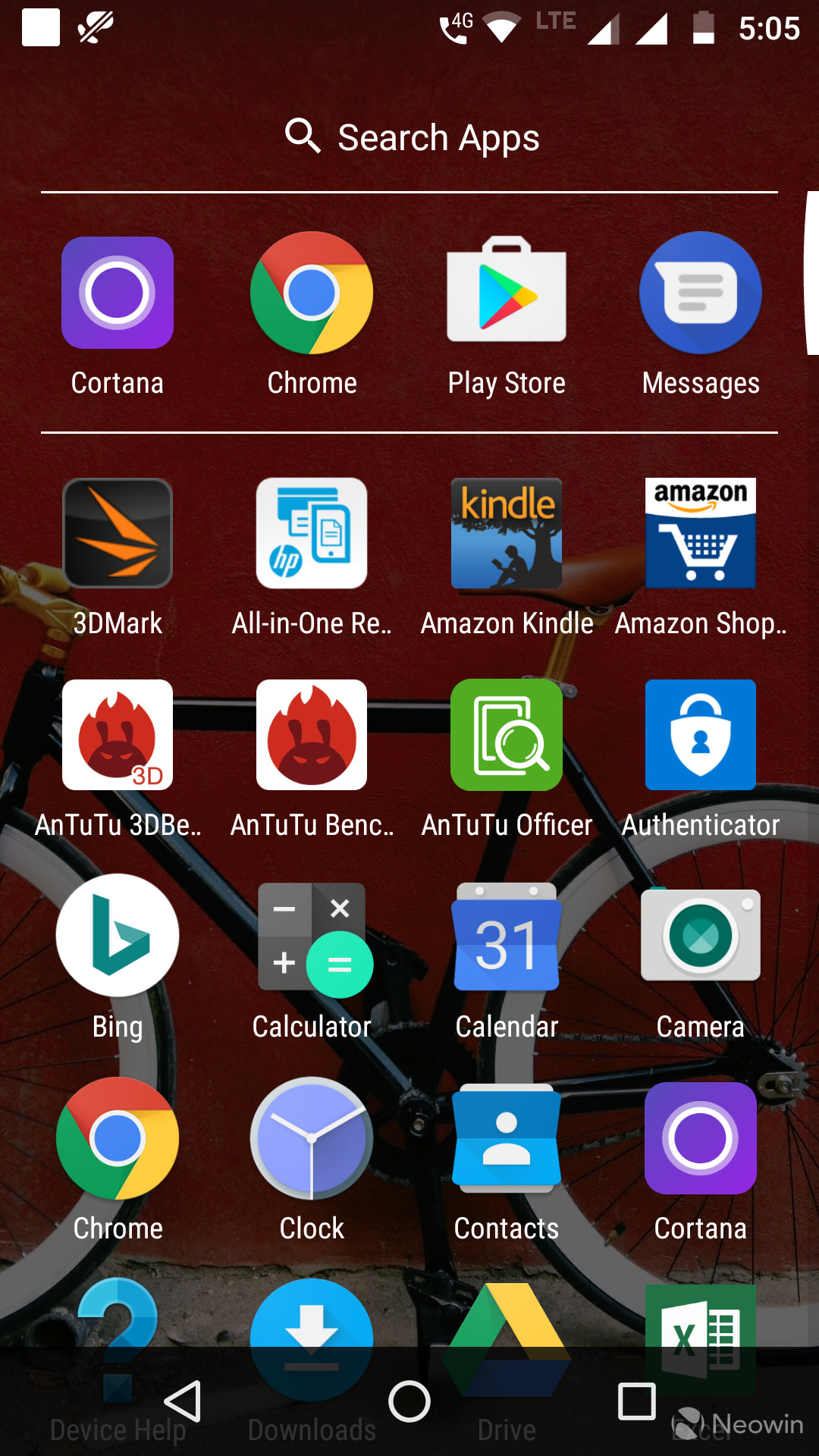 G5 comes with 3GB RAM onboard of which 2,884MB is usable. It also comes with 16GB ROM, 6GB of which is used by the OS itself. However, you can expand the memory via an SD card thanks to its removable battery. The device is loaded with Android 7.0 Nougat with January 1, 2017, security patch. There is no word on when 7.1 might show up on the phone.

Motorola has been known to push its devices with a close-to-stock Android experience which showed in its performance. But that was Google’s Motorola and this is Lenovo’s. While it is still mostly a stock experience, the performance just isn’t there. The launcher is a bit weak and crashed on me thrice, even when I was using a different launcher. 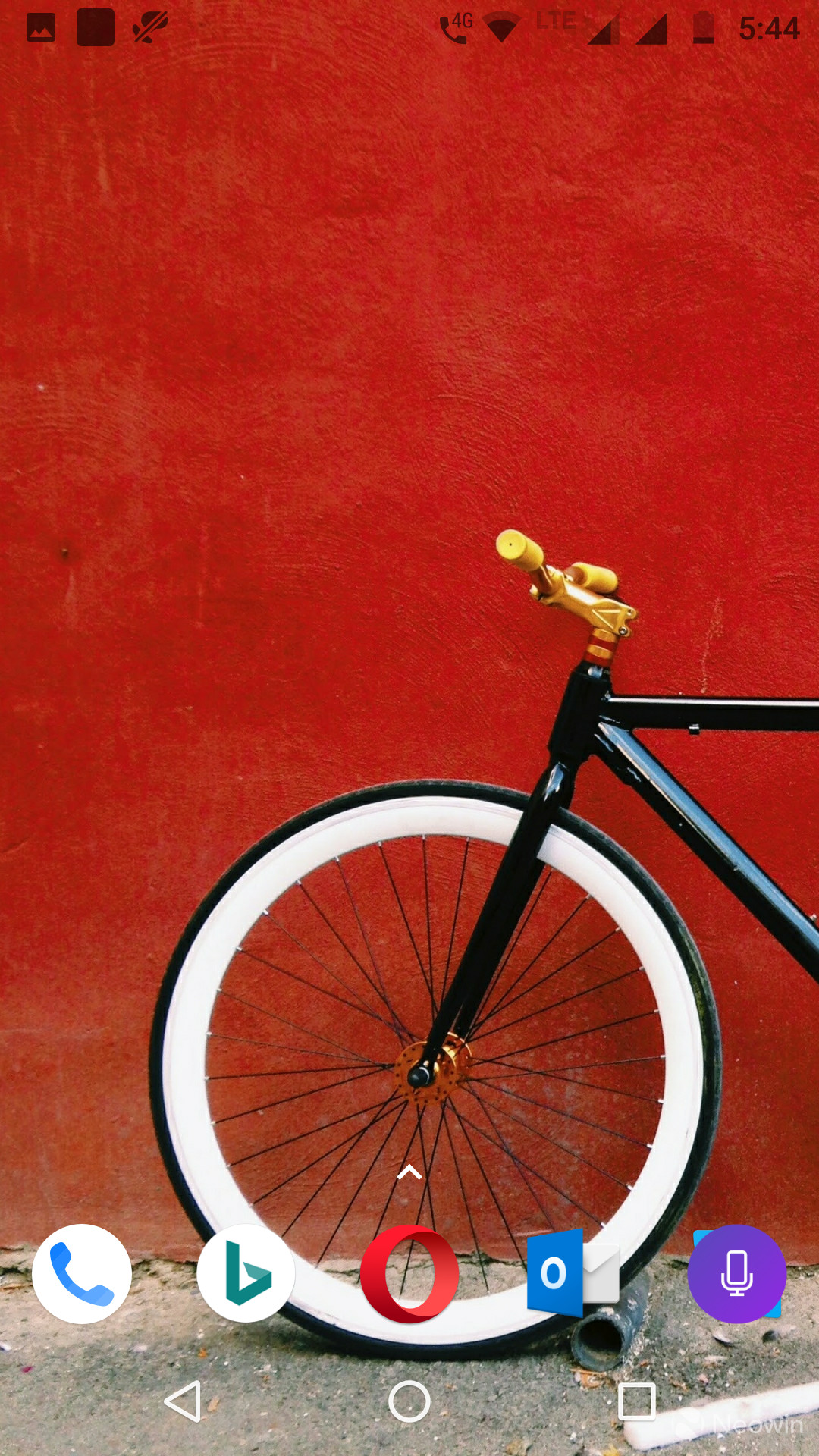 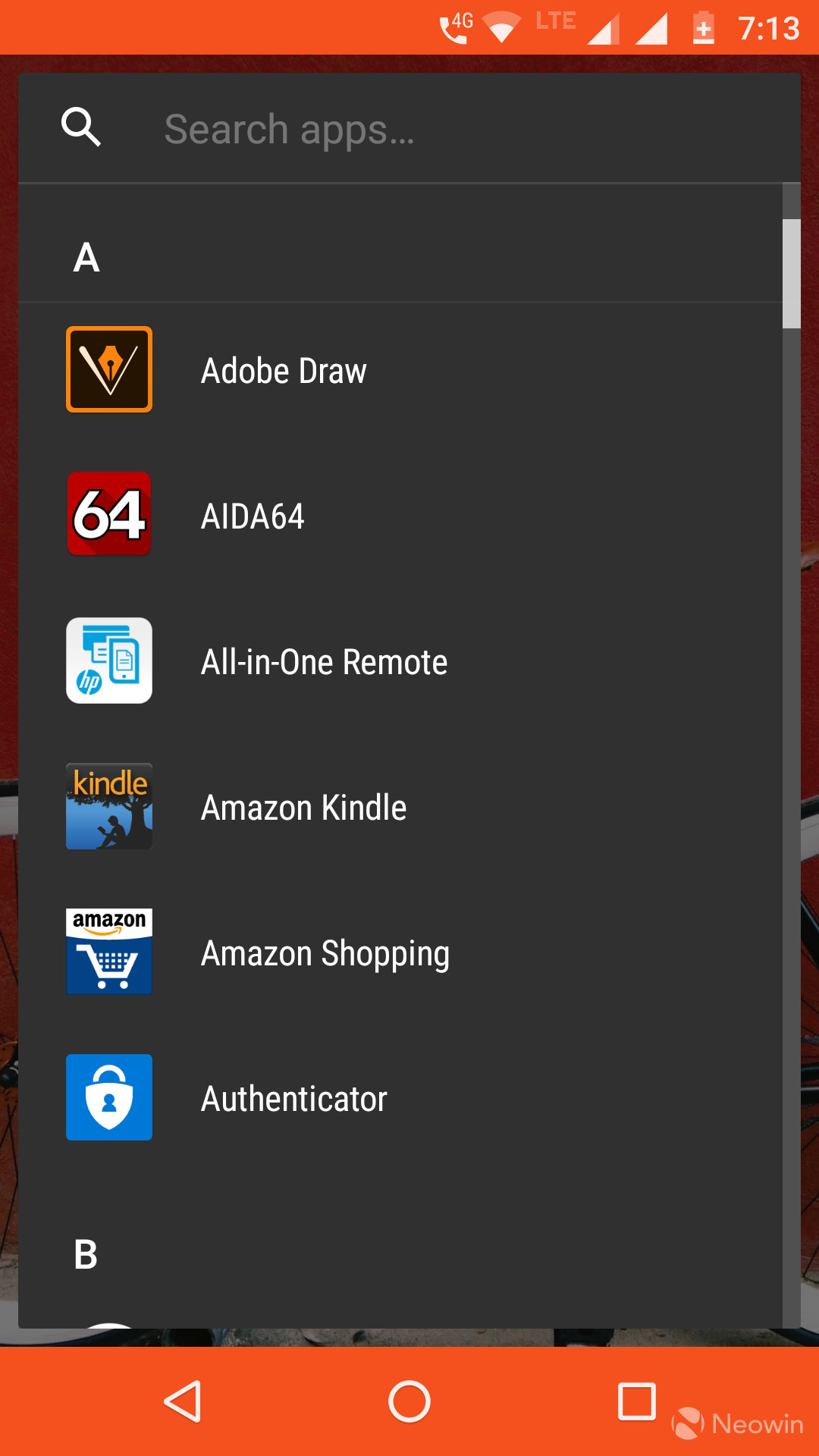 I don’t like its aesthetic either, but that’s subjective of course. I prefer the cleaner interface of Nova Launcher, which I use as my primary launcher. Being an Amazon India exclusive, the Moto G5 comes preloaded with three Amazon apps that cannot be uninstalled, namely Amazon Shopping, Kindle, and Prime Video. There is also an Amazon account option in the settings. The bloatware is disappointing but, there are a few redeeming qualities in Motorola’s own Moto Actions and Display features that offer various gestures and battery-friendly notification options. Nifty actions such as “double karate chop for torch” and “one-button nav” can be pretty useful.

Coming from a Lumia, my expectations from this device weren’t that high but, the 13MP, f/2.0 aperture camera with phase detection autofocus (PDAF) on the Moto G5 is respectable. The app’s performance is snappy, too. Although, there is a delay when shooting with HDR on but, you also get better results. If the lighting conditions are great, the camera produces good photos, albeit, a bit dull. Low-light pictures are decent considering you don’t use the HDR mode.

There are various options on the app such as Slow Motion, which shoots at a passable 540p 120fps and video recording, which can be shot at 1080p 30fps. Professional mode, which allows you to manipulate the picture settings, and Panorama mode make up the rest of the selections for the app. You can also open the camera by double clicking the power button which I found to be quite handy.

These are some photos I took from the G5:

The front-facing camera captures pretty good selfies and can make for a wonderful social companion. The camera on the device is pleasant but it's not great. So, if that’s your priority, you must look elsewhere.

The 2,800mAh removable battery on the G5 has been good to me. The phone lasts me well over a day with light to moderate usage. However, heavy usage can cause a battery drain in a matter of hours. I, for example, don’t use many apps and games and usually stick to messaging, browsing, and calling on smartphones. If your usage is more demanding than that, the phone may still last you a good 12-13 hours. Even when I use mobile data frequently, the device still handles it like a champ. However, your experience will be dependent upon your usage. 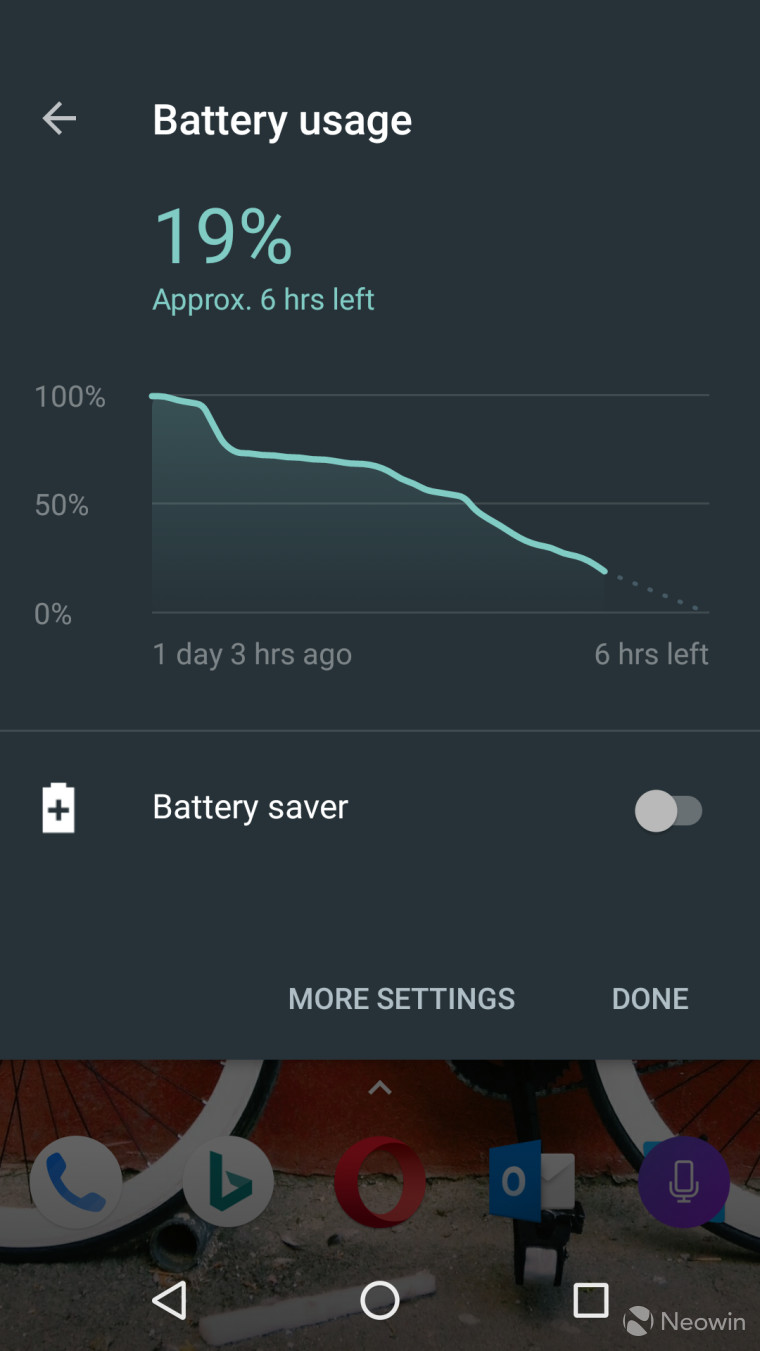 But if you do require a bigger battery, going with the Moto G5 Plus would seem like a better fit for you.

All said and done, the latest entry in the G-series is good but leaves a lot to be desired. This feels like a half-thought-out G5 Plus and, frankly, it’s a little confusing. On its own, the Moto G5 is an interesting proposal. It tries to be a lot for a lot less, something Moto G has stood for since forever but falls short on several counts. Lenovo cut too many corners to bring the cost down on the G5, and it shows. The way I see it, the company is giving consumers two choices. One, either go all the way and buy a G5 Plus which has everything this phone doesn’t including an all-metal unibody, more internal storage, a better camera and processor or, a buy a G5 which trades off all these features by having a removable battery, expandable storage, and a smaller price-tag. So, if you want Nougat on a budget and can temper your expectations, Moto G5 may just be a good fit.