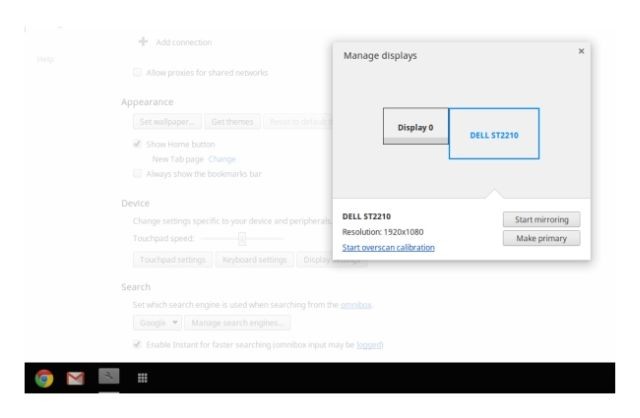 Google has been making a big marketing push lately for its Chromebooks, made by companies such as Samsung and Acer. We noted that the company launched a temporary exhibit of the Chrome OS-based notebooks in Times Square, similar to what Microsoft did for its Windows 8 launch last month.

One thing that the Chrome OS has not been able to do is allow a Chromebook to extend its main screen to another monitor. That is thankfully no longer the case, as MaximumPC.com reports Google finally added multi-monitor support for Chrome OS devices that in a recent developer update. The update includes the Chromebox desktop PC that's also made by Samsung.

Additional improvements and features are also included in the update, such as what Google is calling "Intelligent Window positioning." In an explanation of the feature. Google states, "if you don't manually move your windows, we will arrange them to show you more at all times." Another addition in the update is a new version of Pepper Flash, the sandboxed version of Adobe's Flash Player.

While this new software upgrade is only available via the Chrome OS dev channel for now, Google will likely release these and other new features as an official Chrome OS update to Chromebook and Chromebox owners in the very near future.