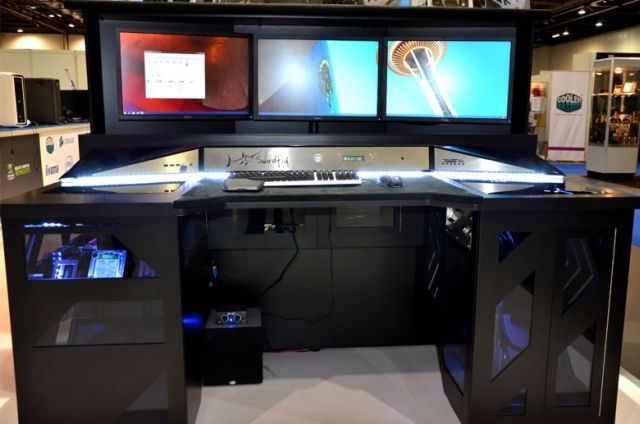 Would you like to own a PC that makes you look like you are actually flying a starship rather than just doing some spreadsheet work? Then we have a system for you. The UK-based PC maker Scan is currently selling a PC rig called the Scan 3XS Swordfish that comes with a custom desk that not only contains the PC but also holds three 24 inch Dell monitors .

The specs of the PC itself are clearly made for performance. It has two Intel Xeon X5650 Hex Core processors (normally used for high end servers) that have a total of 24 cores. The processors are overclocked to 4 Ghz with a custom water cooling system. The Swordfish also comes with 32 GB of 1600MHz memory from Corsair.

While the page for the Swordfish doesn't mention a price, the MCV UK website reports that Scan is selling the system in the UK for £21,000, which is just under $34,000.