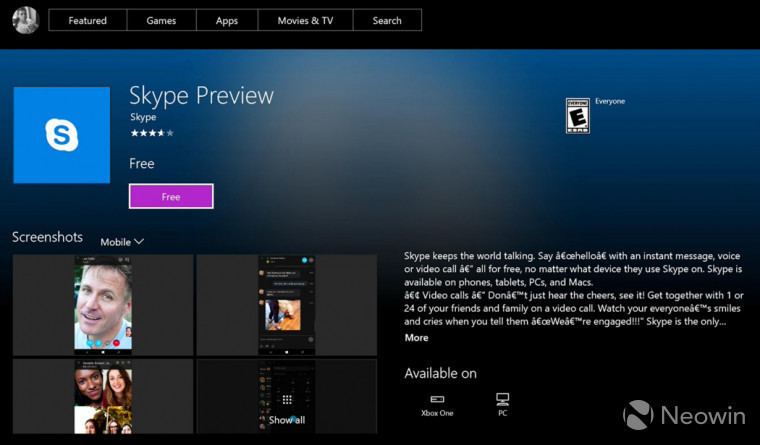 Microsoft’s Skype Preview has been available on Windows 10 PCs since April. The app made its debut as part of build 14316 as Microsoft pushed out updates through the Insider Program. Jump to post Anniversary update and it is clear the app has had a number of new tweaks and features that puts it almost on par with the win32 application - a worthy upgrade from its criticized Windows 8.1 counterpart.

Skype Preview is currently available as a UWP 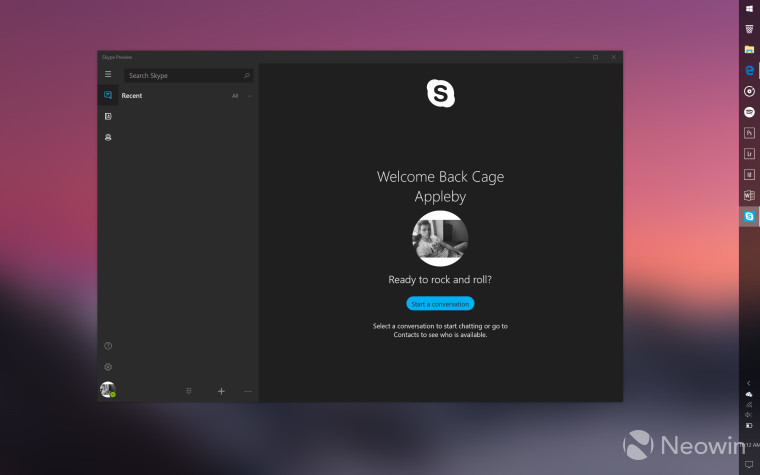 (Universal Windows App) on most of Microsoft’s services including Windows 10, Windows 10 Mobile and HoloLens. The only platform missing is the Xbox One, but it appears that is set to change soon. In an interview with Windows Central, Xbox One Platform Chief Mike Ybarra stated “We’ve seen feedback from the community wanting the updated Skype UWP and we’re bringing that update to Xbox One.”

As per Ybarra's statement the app seems set to arrive soon, with a placeholder for the app having shown up on the Xbox One Marketplace. The Xbox One Skype Preview app is not available to download just yet, but you can probably expect an imminent release.