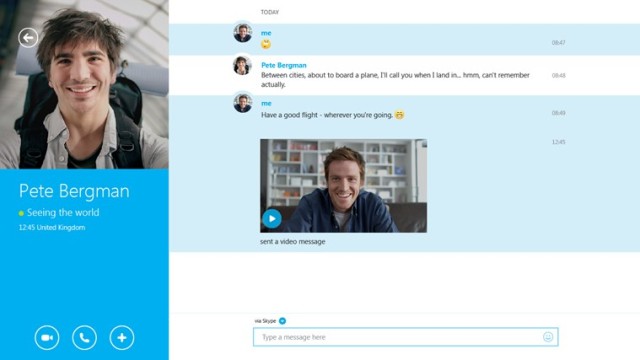 Microsoft released a new update for its Windows 8.1 Skype app today, just a few weeks after the last version was made available to download. The new build brings the version number up to 2.6 and includes a couple of small but important improvements.

One of the changes will allow the Windows 8.1 app to sync any text message made on other Skype apps on the same Microsoft Account. Microsoft first announced it was making chat sync features available for all of its supported platforms in February.

The other change in version 2.6 improves the situation with a bug that was causing calls for some users to keep ringing after they were answered. Microsoft says that with the Windows 8.1 app update "the incoming ring will stop much faster." Obviously, this means that the bug still exists but at least it's not quite as annoying.