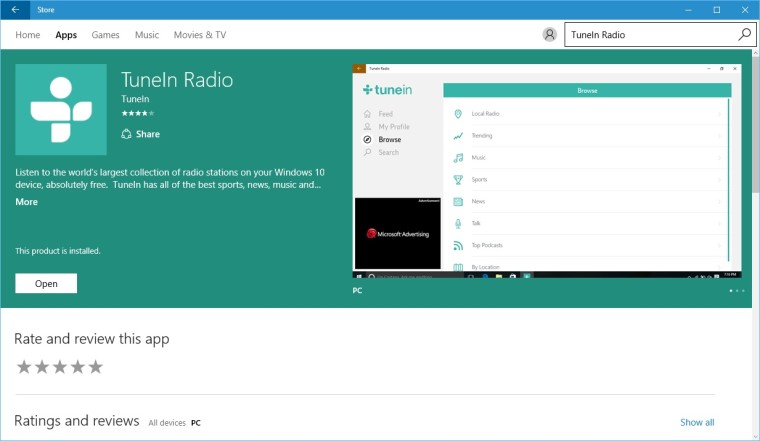 Last week it was reported that TuneIn Radio, a popular Internet streaming app, had been updated to become a Universal app in the Windows 10 Store. TuneIn officially announced this change today and has revealed details about its features on the Windows 10 desktop. 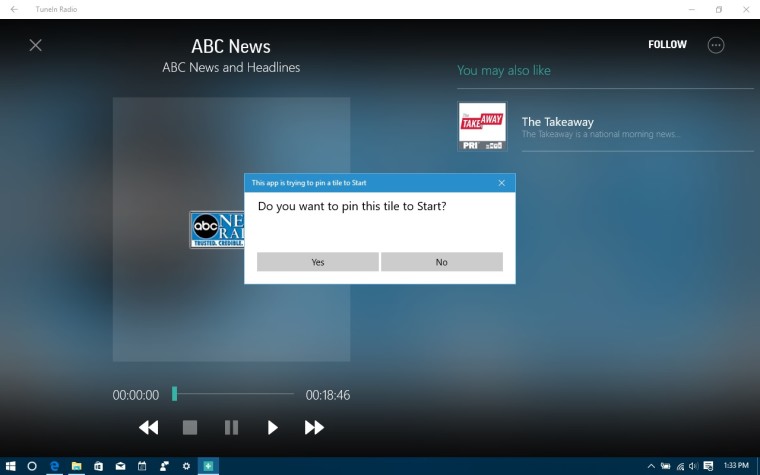 As with most other Universal apps in Windows 10, TuneIn Radio supports the operating system's Live Tiles feature, allowing users to stay up-to-date on their favorite content; individual stations may also be pinned to the Windows 10 Start menu for quick access. The new app also benefits by integrating with Cortana, Microsoft's personal digital assistant. Users can launch the app simply by speaking "Cortana, launch TuneIn."

Because TuneIn Radio is a universal app, users can login to the app with a Microsoft Account to save app preferences and other information. However, the new app reportedly also enables users to login to their TuneIn accounts through Facebook, Google, or an individual e-mail address for similar functionality. 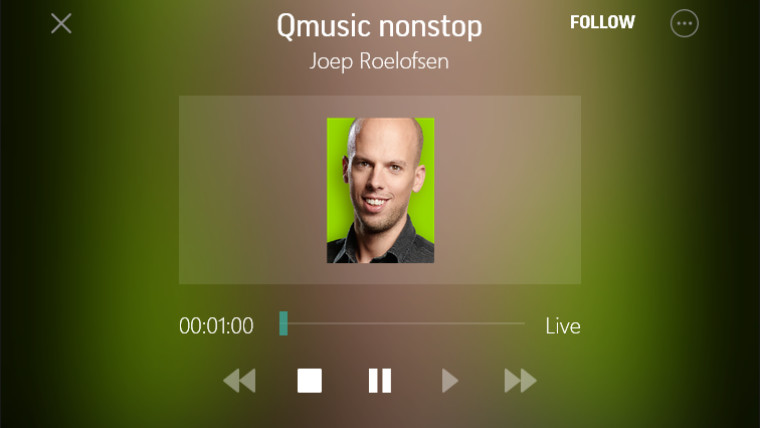 Fortunately, if the above screenshot shown is of any indication, the streaming issues with the app that were reported last week have been resolved, perhaps just in time for TuneIn's recent announcement regarding the app's availability. If you decide to download the app, feel free to share details about your streaming experience in the comments section.

The TuneIn Radio Universal app can be downloaded here.