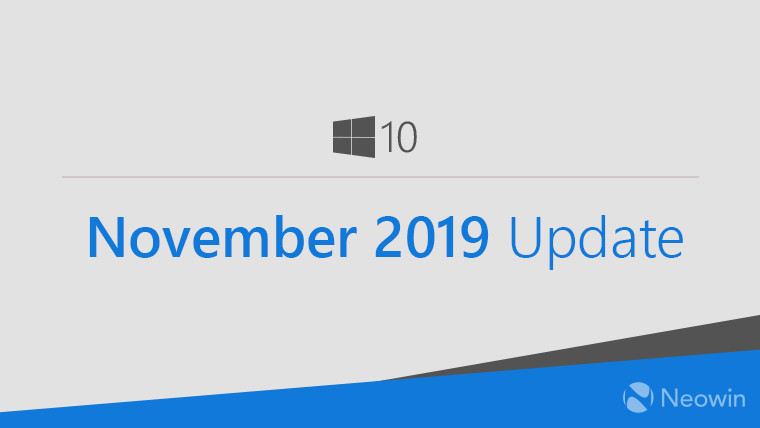 Today, Microsoft published a blog post called, "What Windows 10, version 1909 Means for Developers". The answer was that it doesn't mean anything, with the company confirming that there won't be a new SDK to coincide with the feature update like there normally is. Developers can continue to target version 1903.

The reason for this is because the Windows 10 November 2019 Update will be delivered in a similar way to a cumulative update. While the build number will change from 18362 to 18363, your PC will really only get an enablement package, and the rest of it is just version 1903. In fact, the build revision number will always be the same as version 1903, because both versions will get the same cumulative updates.

While version 1909 isn't slated to be released until November, you can get it now. In fact, Microsoft already confirmed that build 18363.418 is the likely final build. You can get it by enrolling your PC in the Release Preview ring of the Windows Insider Program, or you can get it through your VS subscription.

As for when it will be available to the general public, Microsoft isn't saying, but the first week of November seems likely. After all, by the second Tuesday, there will be a different build revision number.