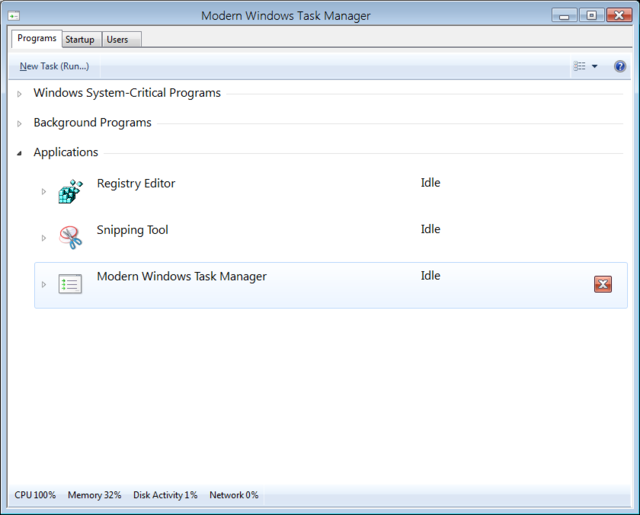 While the first leak of Windows 8 was an early build, there are still many features that can be found if you are willing to get your hands dirty and dig around. Found within build 7850 is a new bit of information about the Task Manager that will be included with Windows 8 and showcases an updated kill process.

If you are familiar with the Task Manager in Windows 7, you will know that it has not been changed in some time when compared to other changes in previous versions of Windows. That all will change in Windows 8 as the above image shows off the new Task Manager. The image comes courtesy of MDL user NaiveUser who has been digging through every part of build 7850 to find hidden features. The new Task Manager is not currently functional as closing an application with the utility does not actual close the utility. This type of behavior is expected in an early build such as 7850.

While the build that leaked was an early M1, there is still a lot to be uncovered. As time goes on, it is likely that more features will be unlocked as users such as NaiveUser, get more time to spend on the leaked build.