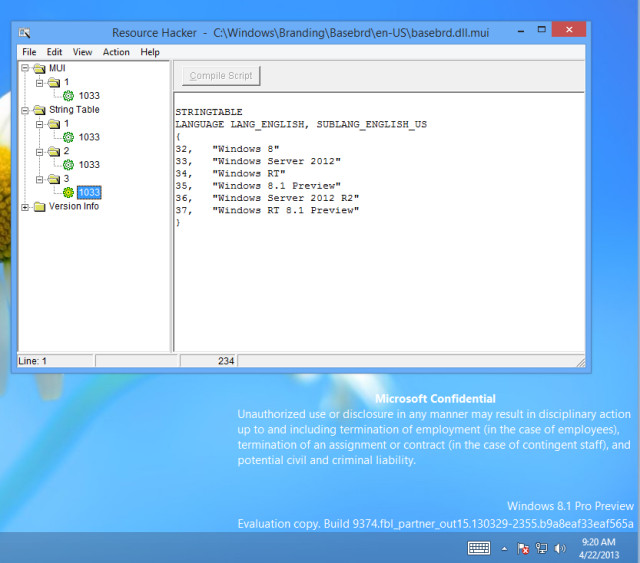 Over the past few weeks, we have seen several builds of Windows 8.1 leak and deep within the latest leak, a reference to Windows RT 8.1 Preview has been spotted. It should not be a major surprise that Windows RT will be updated as well but what all 8.1 will bring to the RT platform, is still a mystery.

Seeing as Windows RT is a slightly different beast than Windows 8, we will be curious if Microsoft brings all of the enhancements of Windows 8.1 to Windows RT 8.1. While we would expect anything that is changed in the Modern UI to make the transition, items such as Kiosk mode may not make the cut. In addition, it was once rumored that Microsoft might kill the desktop entirely with Windows RT, but we don't know if that plan is still on the agenda.

Seeing that the name was tagged with 'Preview', it might be possible that at BUILD, when 8.1 Preview is expected to be released, Microsoft could also release the RT preview as well. For now though, this is all speculation.

In addition to Windows RT 8.1 Preview, Windows Server 2012 R2 got named as well.