Today's leak of an early build of Microsoft's official Windows Phone 8 SDK has revealed a number of previously unannounced features. Some people have been going over the leaked SDK files to discover these upcoming additions for the mobile OS.

WPCentral.com reports that the SDK will allow developers to put in voice command features in their Windows Phone 8 apps. The SDK states: 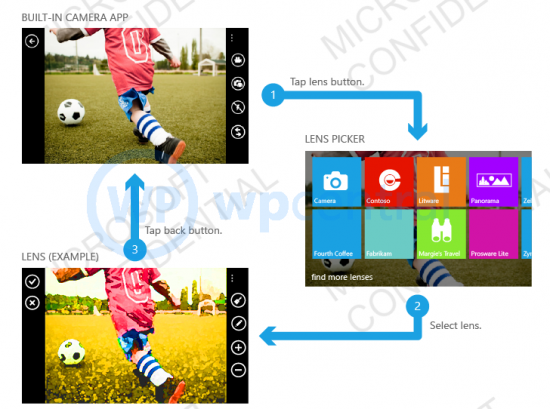 Windows Phone 8 is also supposed to allow apps to auto upload content in the background, which should be a very convenient feature for photo and video apps. Speaking of photo apps, the SDK leak also shows that Windows Phone 8 will allow for the addition of what Microsoft is calling Lenses. The SDK says Lenses are "special camera apps that can provide enhanced camera functionality such as effects, filters, and computational photography."

Peer-to-peer file sharing is also coming for Windows Phone 8 devices, along with improved Bluetooth features. There's also some new Map features coming, including the ability to download maps for offline use.