This is how an acquisition works: When you are bought out by a larger, more corporate, financial entity, they look at your assets and your growth potential, they evaluate you as a viable revenue stream, and then they own you and your profits. Unless you are in the unique and rare situation where your new overlord sees value in leaving you alone, there will be changes, and those changes aren’t going to be comfortable. While it’s true that you were valued based on employee talent and success, your bottom line is ultimately all that matters and heads will roll to ensure that the ink below the line is black. The money is nice, but it comes at a cost, and the full cost of AOL’s rash of purchases over the past few years is finally coming out in the open.

While Engadget isn’t immediately affected by the “AOL Way,” a leaked document that lays out the company’s plans for its newly consolidated and restructured content distribution network, two of its veteran writers, Ross Miller and Paul Miller, stepped down citing the AOL Way document as a partial impetus for their actions. The document, a comprehensive vision of exactly, and I mean exactly, how AOL wants their publishing machine to run, displays a crystal clear focus on creating revenue and reach above maintaining editorial quality. With a clear vision on how every aspect of an article and a webpage can and should generate traffic and profit, AOL is sending a crystal clear message: We are depending on you to make money, and we will do whatever it takes to make that happen. 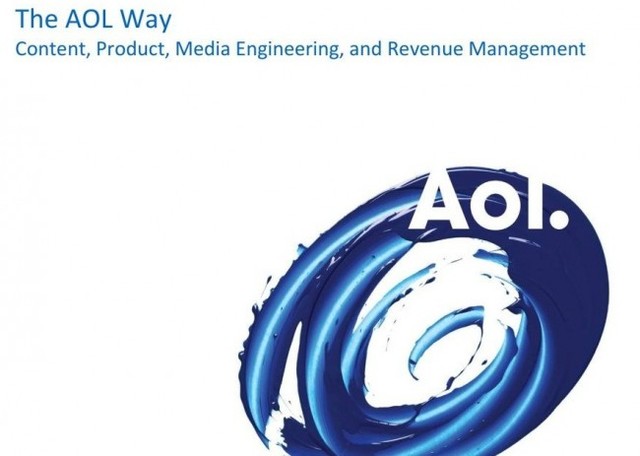 Many have been put off by this attitude. Engadget and its newly-related sister site, TechCrunch, started out as fiercely independent and opinionated blogs. Even while evolving into the journalistic juggernauts that they are today, there was a personality about many of the sites that AOL bought that readers are afraid will be drowned out by the new money-focused bureaucracy. It’s an understandable letdown, and nobody wants to read opinion whose content is ultimately governed by a team of SEO engineers and traffic analysts.

Josh Topolsky, Engadget editor-in-chief, claims that everything will be business-as-usual at his website. However, the writing on the wall is in size 14 Times New Roman and was spellchecked by underpaid editors. AOL has bet a large sum of money that this content distribution network will save it from the ashes of the dial-up subscription era. Imagine you’re going to spend a lot of money on a new PC. I’ll bet that you’ll spend an inordinate amount of time making sure that everything is exactly the way you want it to be, regardless of how the original manufacturer set up the OS and the software. You spent the money, and it’s your right to decide how this purchase is going to work best for you. You will trim off bloatware, run some registry cleaners, install your own personal favorite security software and web browsers, possibly overclock the CPU and install custom cooling systems. You will tweak and configure the machine until you get the exact level of performance you want. If you can’t get it, you will blame the retailer, the manufacturer, whoever, until you get exactly what you paid. AOL is doing nothing different in its “Way,” and nobody should have expected anything different.

It’s not going to be comfortable, and it’s not going to be fun, but AOL is going to use these websites to make money. If that means crushing creativity and talent, consider it a necessary risk. The truly good writers will adapt and do what they love doing in spite of their once-pacifist overlords invading and taking over operations.

What’s really going to be interesting is to see how AOL fares against its already entrenched competition, companies like Gawker Media and Condé Nast. The AOL Way, while disruptive in its urgency and timing, isn’t a new idea by any means. This kind of consolidation of publishing management has been going on for quite some time. AOL has a lot of ground to cover before it can rightfully claim that content distribution has resurrected them from dial-up death, but CEO Tim Armstrong certainly hopes that the AOL Way will breathe fresh life into the once giant company.