The latest tracking stats for Windows devices have been released by advertising network AdDuplex, which monitors usage across its network to create a detailed monthly breakdown of Microsoft's mobile ecosystem, along with key details on usage of Windows 10 PCs. Each month, the reports capture a snapshot of worldwide usage across one 24-hour period - in this case, May 22, 2017. 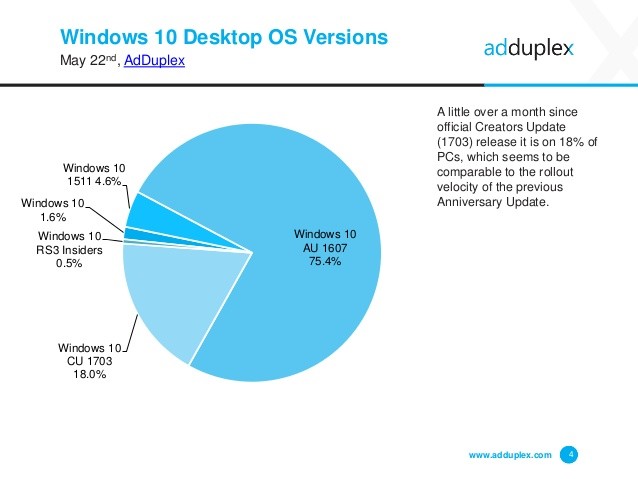 AdDuplex notes that the rollout for the Creators Update seems to be on the same pace as the Anniversary Update. 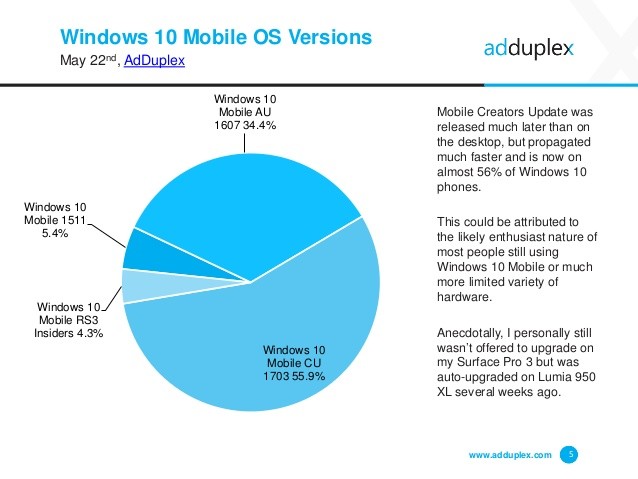 Phones are a different story. Tomorrow will be a month since the Creators Update was released for phones, so only Insiders had it when last month's data was published. Last month, it was established that 60.8% of Windows 10 handsets are eligible for the update, so it's not surprising that the usage share jumped from 6.7% to 55.9%. 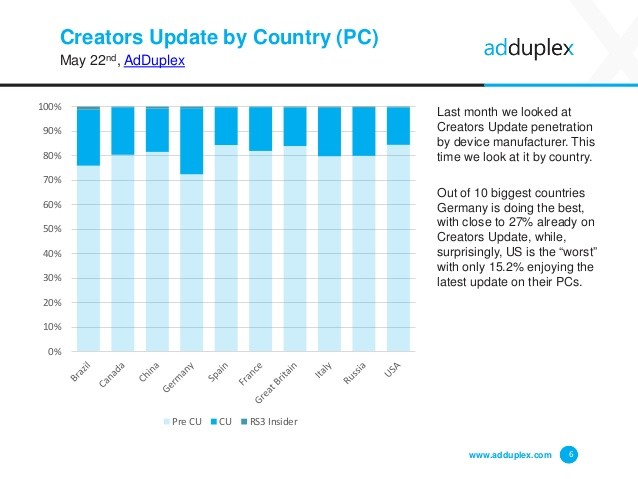 It's a bit surprising to see that out of the "10 biggest countries", the United States has the lowest usage share of the Creators Update. Germany has the highest with 27%, although it would seem that Brazil has the most Insiders. 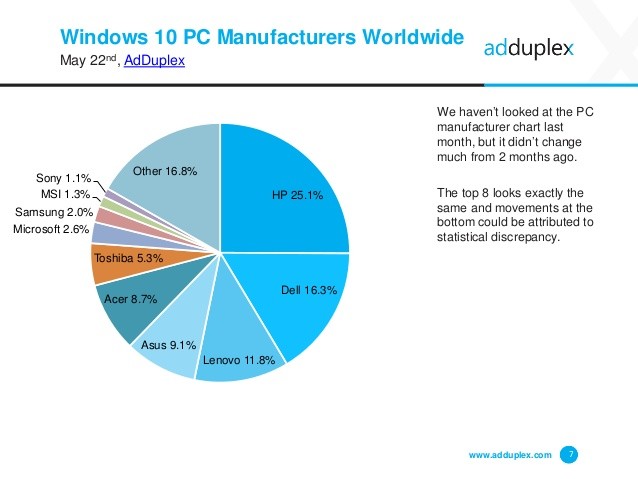 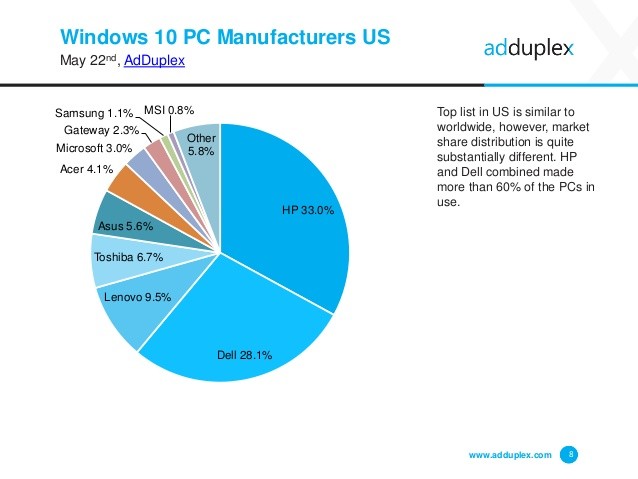 In the US specifically, we can see that HP and Dell command much larger segments of the market, and they combine for over half of all Windows PCs. Then comes Lenovo at 9.5%, Toshiba at 6.7%, and ASUS at 5.6%. 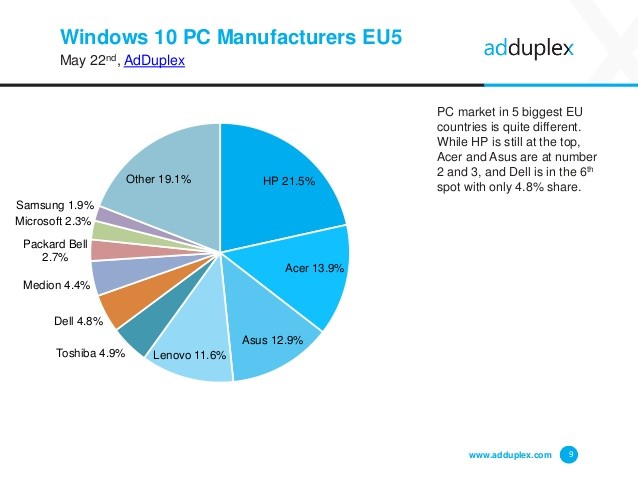 Finally, we can see that the usage share in the five largest EU countries is very different from the worldwide share. HP remains at the top, followed by Acer and ASUS, which combine for a quarter of all PCs. This is followed by Lenovo at 11.6%, Toshiba at 4.9%, and Dell at 4.8%.

Editor's note: The title of this article was updated after publishing to clarify that the Creators Update is installed on 18% of Windows 10 PCs, specifically - and not 18% of all PCs, as the previous title implied.