Users of the Amazon Appstore for Android devices are now able to take advantage of one of the most attractive deals ever offered by the company. They are promoting an offer in which downloading five completely free apps could net you $10 - yes, really.

Downloading iHeart Radio, Food Network In The Kitchen, Strawberry Shortcake Bake Shop, Dr. Panda's Restaurant or Don't Step The White Tile will currently result in Amazon paying you 200 Amazon credits - worth $2 - per app into your Amazon wallet. As reported by Android Police, you do not even need to keep the apps installed on your device - once you have clicked the 'Download' button the money is credited to your account and you can cancel the install immediately. 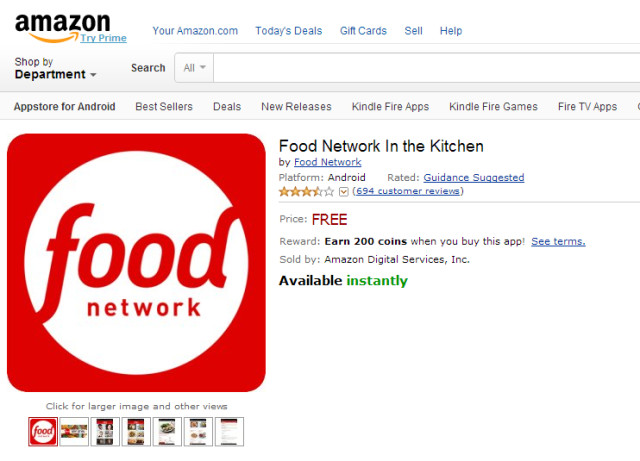 You will then be free to use your $10 worth of Amazon credits on any other product in the Amazon Appstore. Michael Crider of Android Police also said that when he downloaded iHeart Radio not only did he receive the advertised 200 Amazon app store credits but also $1 worth of Amazon MP3 credit that he could use to download some songs.

This 'deal' - if it can even be called that - is one of the best seen anywhere recently. UK users got a promotion in February where eight apps worth £10 could be nabbed for nothing but here you are actually being paid to download something you can then remove and delete. It really is 'free money' and is not to be missed if you use the Amazon Appstore regularly. The apps can be downloaded from this page and it is probably best to get them sooner rather than later as there is no word on how long this offer will stick around for.