People who buy the Surface Pro 3 from Microsoft can also check out some new accessories, such as a pen that will only work with the 12-inch tablet. Today, Microsoft offered some information on the creation of the pen, including word of an update that should make using it easier. 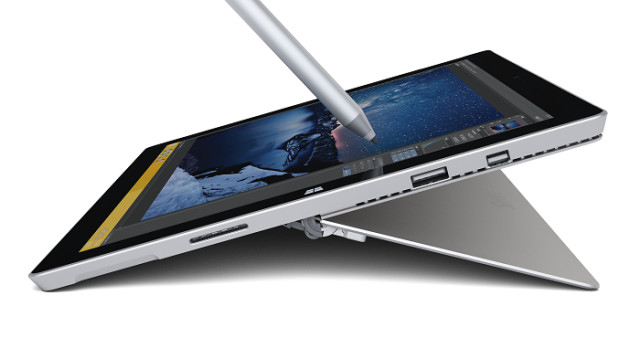 In a post on the official Surface blog, Microsoft announced plans for a pressure calibration tool that will be added as part of the Control Panel. The blog stated, ""This will allow you to customize the pressure curve and tip feel to get the most subtle and personalized brush strokes." The tool does not have a specific release date yet, with Microsoft saying only that it will be released "in the coming months".

The blog also gives some behind-the-scenes information on how the Surface Pro 3 Pen was created. Accuracy on the tablet's screen has been improved compared to the pen support for the Surface Pro 2, with Microsoft saying that inputs can now be tracked "to the edges of the display."

Running different apps on the Surface Pro 3 can also result in different drivers that need to be used for pen support. Some apps will use the more modern Windows Ink API while others will require downloading and installing the Wintab drivers. Those are available for download already, but keep in mind the first models of the Surface Pro 3 won't be shipped to the general public until June 30th.