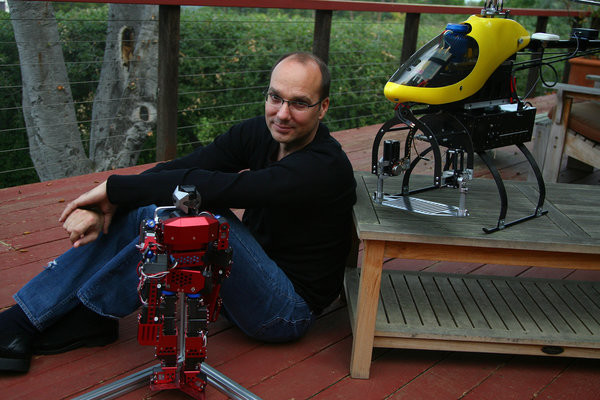 A new report published by the New York Times states that Google has moved Andy Rubin, the man behind the Android operating system, to head a major robotics project.

Google has been secretive about their ambitions in the field of robotics (except for their self-driving car) unlike Amazon's plans to use drones to deliver packages. The company has been investing a lot in the robotics field and has acquired seven companies specializing in the technology over the last six months alone. According to NYT, Google is working on industrial applications of robotics such as manufacturing and assembly of electronics rather than consumer applications as of now.

Executives at the company have called the robotics ambition a "moonshot" but Andy Rubin believes it is achievable with enough time and support. In a telephonic interview with NYT, Rubin said that, "Like any moonshot, you have to think of time as a factor. We need enough runway and a 10-year vision.”

Google is willing to spend a lot on Rubin's project as he looks to acquire more companies for the project. He mentions that the currently acquired companies combined, are capable of building underlying technologies for a "mobile, dexterous robot." Speaking about the robotics division, Rubin has said that it is not yet decided whether the effort will be a separate product group or a subsidiary. He said the group will be initially based in Palo Alto, CA with another office in Japan.

Rubin has been a successful engineer with major technology companies including Apple, Microsoft and now Google. He has worked as a robotics engineer for German company Carl Zeiss in the past. Talking about modern day technology, Andy said that, consumer electronics industry's complexity frustrated him and he expects robotics to be different as the hardware, software and the entire system will be developed in a cohesive manner.