Roughly a year ago we reviewed the Asus Crosshair II Formula, based on the Nvidia nForce 780a SLI chipset. This board provided those who were brave enough to pick up a Phenom processor with a stable platform that sported a number of impressive features such as Triple-SLI. At the time we said the Crosshair II Formula was a well designed motherboard that was let down by a power hungry chipset and sub-par processors.

But AMD managed to turn things around when they released the Phenom II X4 with models clocked at 2.8GHz and 3.0GHz. And now with the Phenom II X4 955 in their arsenal, AMD is finally starting to look like they mean business. 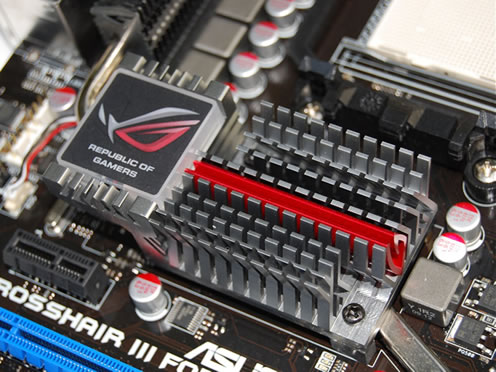 Now after much anticipation AMD has a processor that really deserves a quality high-end motherboard. The new Crosshair III Formula dumps the Nvidia chipset for the popular AMD 790FX and as a result drops SLI support for CrossFireX. This latest Asus motherboard comes stocked with just about everything in traditional ROG (Republic Of Gamers) fashion.

These reviews are brought to Neowin visitors through a partnership with TechSpot.