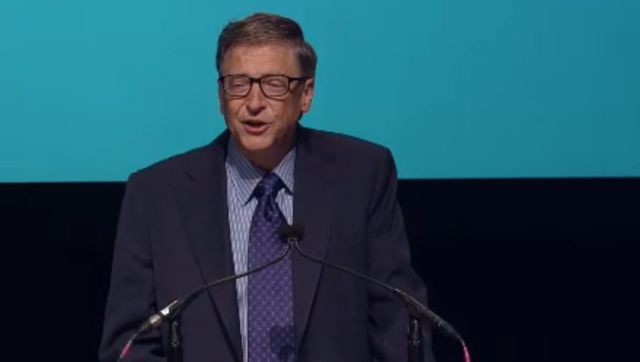 For the past few years, Microsoft Chairman Bill Gates has attended, but has not spoken, during the company's annual shareholder meeting. That changed today when Gates made a brief address during today's 2013 shareholder event, held in Bellevue, Wash.

Gates talked about several subjects during his address to Microsoft shareholders, which was also livestreamed on the Internet. One of the bullet points was the search for a new chief executive to replace the retiring Steve Ballmer. Gates said that the search committee, which he is a member of, has been meeting regularly, including a gathering held Monday night.

Gates said that several people are under consideration by the CEO search committee but did not offer any specific names, saying only they were looking at both external and internal candidates. Rumors claim Ford CEO Alan Mulally, former Nokia CEO Stephen Elop and current Microsoft COO Kevin Turner are among the top candidates that are being considered.

Gates said he and the committee were pleased with the progress that had been made in selecting Ballmer's replacement but would not give a timetable for when that process will be completed. Gates did state the following about what the new CEO will have to deal with when he or she takes over:

It's a complex global business that the new CEO will have to lead and they'll have to drive across fundamental transitions to create new growth and attract and manage top talent. He'll have to build on our strengths while addressing areas that we have weaknesses or challenges. The person has to have a lot of comfort in leading a highly technical organization and have an ability to work with our top technical talent to seize the opportunities.

Gates also thanked Ballmer for his time as CEO, saying, "In our entire 38-year history, we've had only two CEOs. And that alone makes us quite unusual." He even got a bit emotional at the end of his address as he talked about about he and Ballmer share a commitment "to make sure the next CEO is the right person for right time for the company we both love."

Gates also humorously mentioned the upcoming launch of the Xbox One on Friday, stating, "I've told my kids, though, that it's a school night, so even though in the past we used to sneak out after midnight and use computers, I don't want to see that happening, so my kids will be asleep that night."