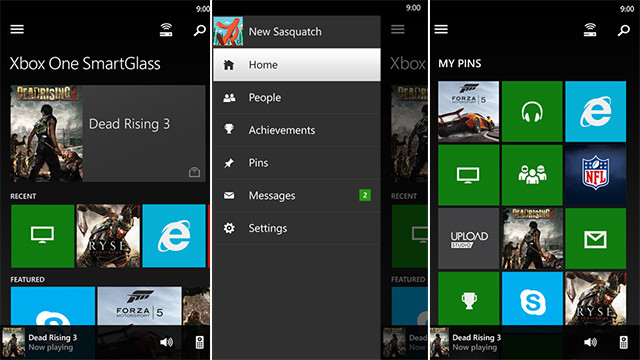 Microsoft's upcoming Xbox One has been noteworthy in that it includes both a standard controller and a next-generation Kinect sensor for input, but SmartGlass apps for smartphones and tablets will also be available to interact with the console. In preparation for Friday's Xbox One launch, Microsoft has released the Windows Phone 8 version of the app, which includes several improvements over the Xbox 360 version.

The app, which is available for free via the Windows Phone Store, turns a Windows Phone device into a remote control for the Xbox One, allowing it to manage almost every facet of the console, including snapping apps to the right side of the television. Screenshots released by Microsoft also show that the app will have a navigation bar to allow users to directly manage friends, view achievements and respond to messages. Similarly, Xbox One pins can be managed from the app, allowing each user to change their console's home screen.

Windows Phone's Xbox 360 SmartGlass app – which is also available for Android, iOS and Windows 8 – lacks many of the aforementioned features, such as the ability to directly respond to messages. Many features in the Xbox One version of the app, such as set-top box integration, aren't available on Xbox 360 consoles, however.

Update: As noted by Neowin user -8- in the comments below, the Xbox One SmartGlass app for Windows 8.1 has also been released. The app is largely the same as the Windows Phone 8 app in terms of features. 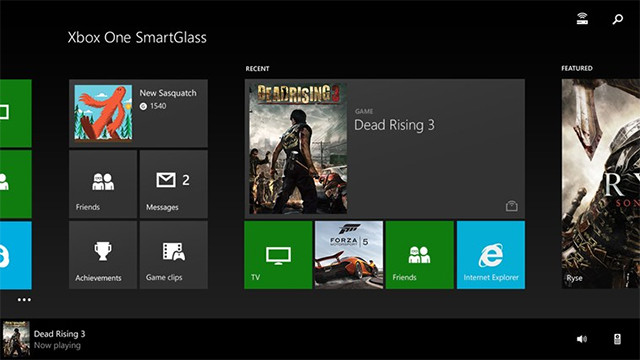