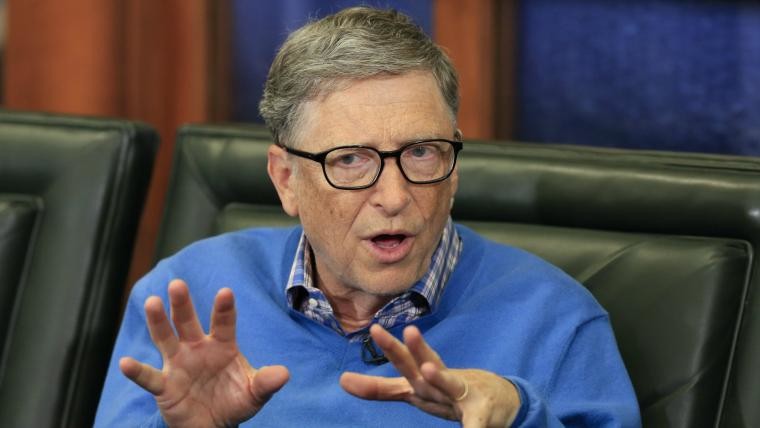 The Ctrl-Alt-Del function on Windows PCs has always been a bit of an awkward two-handed operation. Microsoft co-founder Bill Gates said he wanted it to be simpler, but engineers balked at the idea. And if he had it to do over again, it would be a single-key operation.

Ctrl-Alt-Del is a force quit function when the Windows OS freezes. It is also used to call up Task Manager or reboot the system, but Gates said during a Bloomberg business forum that the operation should have been easier. "The IBM PC hardware keyboard only had one way that it could get a guaranteed interrupt generated," he said in response to a question about the peculiar process. "So, clearly the people involved, they should have put another key on it to make that work. A lot of machines these days do have that as a more obvious function."

When pressed further on whether he regretted the decision, he said that all things considered, "I'd make that a single-key operation."

This is not the first time Gates has expressed some frustration with the function. In 2013, he took IBM engineers to task for the "mistake."

"We could have had a single button, but the guy who did the IBM keyboard design didn't want to give us our single button." That "guy" was David Bradley, the engineer credited with inventing the combination originally designed to reboot the PC.

"I have to share the credit. I may have invented it, but Bill made it famous," Bradley said during an appearance with Gates in 2011.

The combination was used by Microsoft for Windows NT as a logon. The feature was originally a BIOS function, but Microsoft made it a Windows feature in hopes that it could sell NT to the government. The function would have been a government-required Secure Attention Key that would prevent malware from spoofing a login.