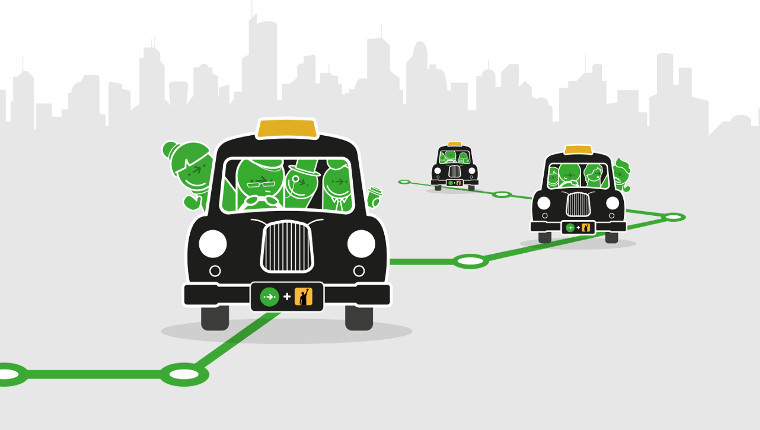 Citymapper has announced a partnership with the black cab ride-hailing service, Gett. From Monday, 25th of September, Citymapper users will be able to jump on a new fixed route service dubbed BB1 or Black Bus 1 which runs between Highbury and Waterloo. The black cabs can be used for a fixed price of £3 which is cheaper than Uber but more expensive than catching the bus.

Cabs can be shared by multiple passengers at once just like a bus, but unlike buses, riders can jump on and off the taxi at any point along the route. Additionally, the service will only operate during commute hours which is between 7am – 10am, and 5pm – 8pm. The service will begin operating on Monday.

Citymapper explained the logic behind setting up BB1 in a blog post:

“BB1 connects Highbury to the south, unlike any tube line. Existing trips would require 3 buses or tubes. It serves one of the largest gaps in the tube in zone1: Angel to Farringdon. It uses side streets that avoid jams and benefit from bus lanes- which may be particularly useful since Angel station is currently undergoing construction with major roads blocked.”

From Monday, if BB1 happens to be the quickest commute option for you, you’ll be offered it amongst other options. It is multimodal ready, meaning that it’ll combine with other public transport routes to reduce your travel time across the city.