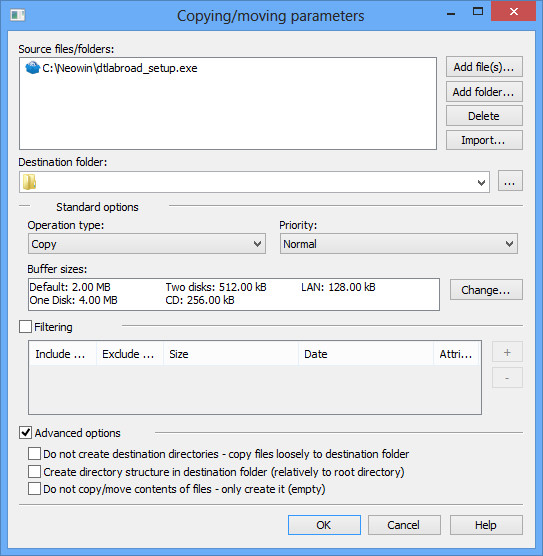 Copy Handler allows you to take full control over the file copy and move operations. Program is highly customizable and fully integrates with the operating system. In addition, Copy Handler offers many advanced options such as task queuing, filtering files according to specific criteria, pausing and resuming copying files operations, changing the copying parameters on the fly and in many cases also offers a significant acceleration of the entire copying files process.

Advantages of the program: