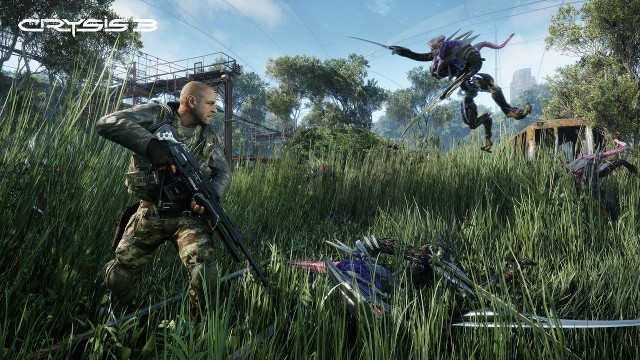 Microsoft continues to give Xbox 360 gamers some deep price cuts on selected downloadable games as part of this week's Xbox Live Ultimate Game Sale. After offering some family friendly games for sale on Wednesday, the company has a new list of titles that are more for the hardcore crowd.

The Major Nelson website states that from now until around 10 pm Eastern Time today, five games will have marked down prices on Xbox Live. One of them is Crysis 3, which just came out in March of this year. Today, you can download the full game for $19.99, a 67 percent decrease from its normal price.

Another game that has a big discount is the fantasy RPG The Witcher 2, which is on sale for just $9.99 today only. Microsoft's racing game Forza Horizon can be downloaded for just $14.99 today. Finally, two classic games from Valve are on sale. The zombie shooter Left 4 Dead 2 can be yours for $9.99 while The Orange Box (combining Half-Life 2, Team Fortress 2 and the original Portal) is a mere $4.99 today. Microsoft still has another list of 11 downloadable Xbox 360 games on sale that will stay active until Monday, July 8.