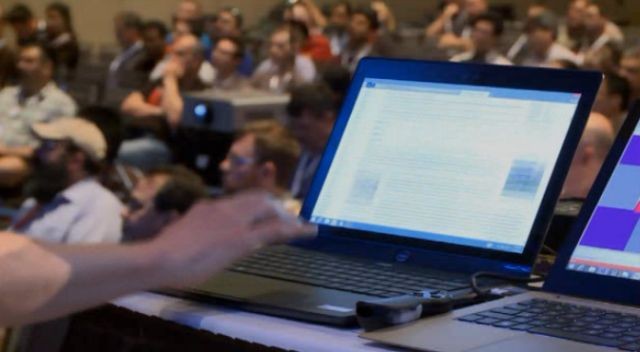 While Microsoft and many PC OEMs have been pushing for more touchscreen laptops to be released, what about the good old fashioned trackpad? As it turns out, Microsoft is working with Intel and other companies to bring about improvements to laptop touchpads that might start appearing around the time of the Windows 8.1 launch later this year.

During the BUILD 2013 developer conference last week, in a session called "Power Up Your Desktop App with Windows 8.1" Microsoft program manager James Clarke took a few minutes to demo something he called Precision Touchpad. The demo, which begins at the 53 minute mark, showed Clarke working with a laptop with a prototype trackpad that offered the same kind of precise interaction with the laptop screen as one might expect with a touchscreen display.

Microsoft not only wants to make the trackpad experience better but also have it be more consistent among different notebook models. Clarke states, "If you were to go into, for example, a Best Buy and try a bunch of different touchpads, you’d probably come away with very different experiences, very different materials, some of them are rough, some of them smooth, some respond well, others don’t ..."

Precision Touchpad hardware will also allow notebooks to have improved gesture support, along with better two finger scrolling and more. Clarke says that the first notebooks that will have the trackpads with these improved features will start showing up in limited availability late in 2013, with a bigger launch in 2014. So far, there's no word on which PC OEMs will participate in this Precision Touchpad launch.

Source: Channel 9 via The Verge | Image via Microsoft