Just a couple of weeks ago, I reviewed the Dell Latitude 9410 2-in-1, and give that the 9000 series is a brand new tier for the Latitude brand, I wasn't too impressed. There wasn't anything there that made me say you should get it over the 7000 series.

So here we are with the Latitude 7310, and most of what I'll say is similar to what I said two weeks ago, because this laptop has pretty much everything the 9410 has, albeit with a smaller screen (the 7410 would be the 14-inch flavor). I also just like the Latitude 7310 more. It has a more unique design, it's thin and light, it has a small footprint, and everything about it just feels good to use.

Dell also packs some cool AI features into its Optimizer app. For example, ExpressSign-in wakes up the PC when you sit in front of it, and since the IR camera can log you in via Windows Hello, you can unlock your PC without ever touching it. It can also lock your PC when you walk away.

One thing that I like about the Latitude 7310 is that it doesn't look like most business laptops. Most business laptops seem to have that standard silver aluminum look, or the flat black look of a ThinkPad. The Latitude 7310 has a carbon fiber weave (although you can get silver aluminum), something that I've only seen on a few very specific Lenovo PCs. It definitely stands out from the pack. 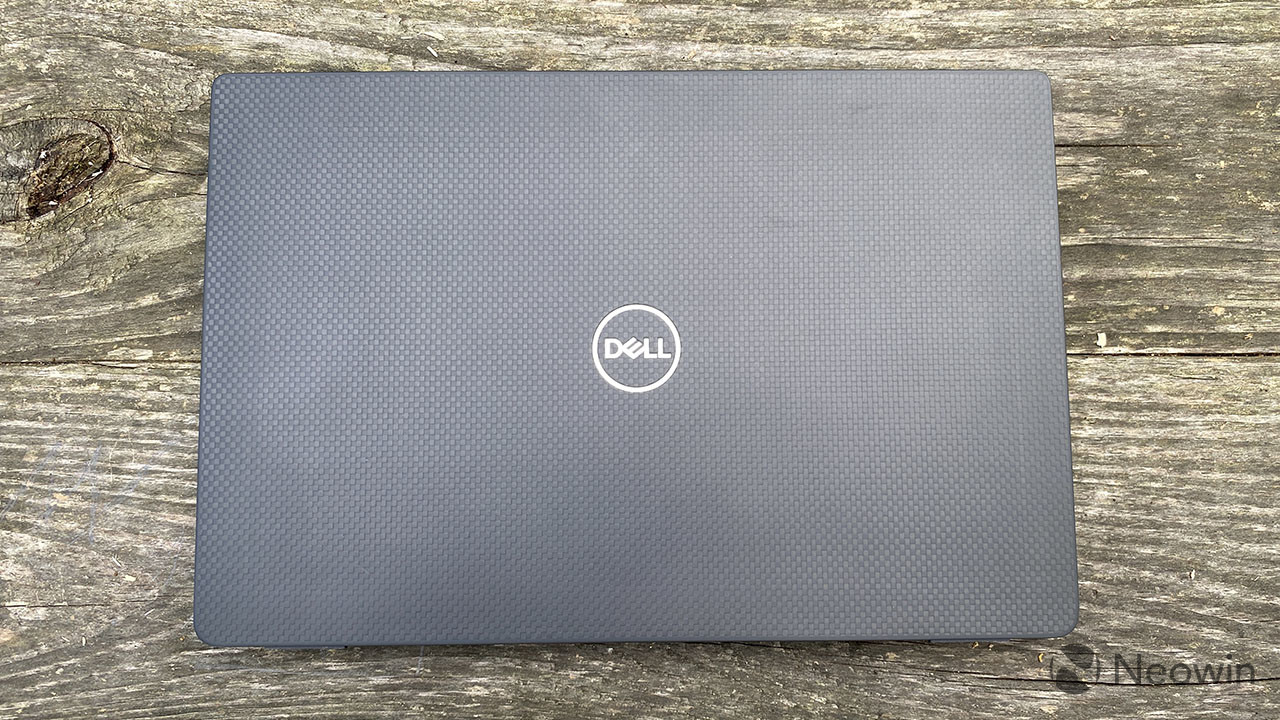 Adding to the carbon fiber we've is the silver-colored Dell logo, which adds a bit of flash to the black laptop. And being that it's made out of carbon fiber, this PC is nice and light, coming in at 2.69 pounds. Dell also says that it's the smallest 13.3-inch business laptop on the market, so the footprint is nice and small as well.

The combination of lightweight and having a small footprint is phenomenal in a 13-inch laptop. It makes the device nice and easy to carry around, and just to handle in general. In fact, of all of the laptops that I'm reviewing, this is the one I always found myself grabbing when I had to do some work in an area of my home that's not my office. 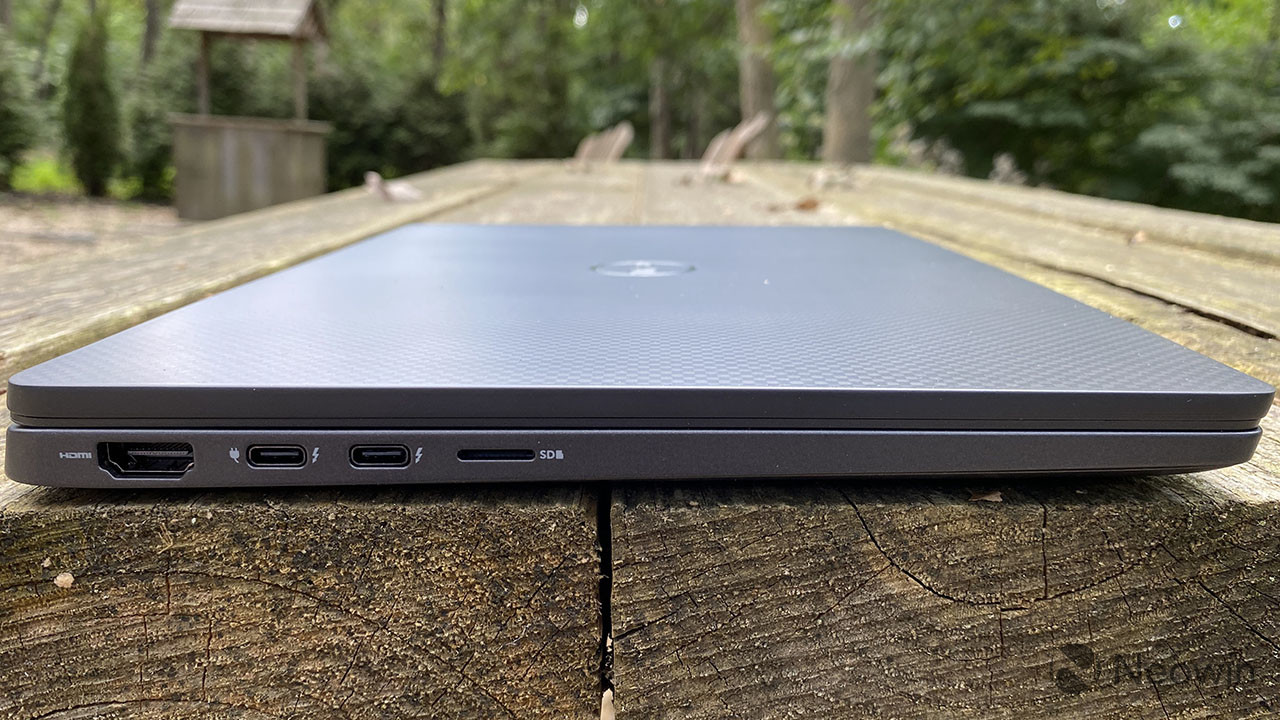 It has the standard array of ports for a business laptop. On the left side, it has HDMI 2.0, and there are two Thunderbolt 3 ports, which can run a 4K display off of each of them. There's also microSD expansion, in case you need it. 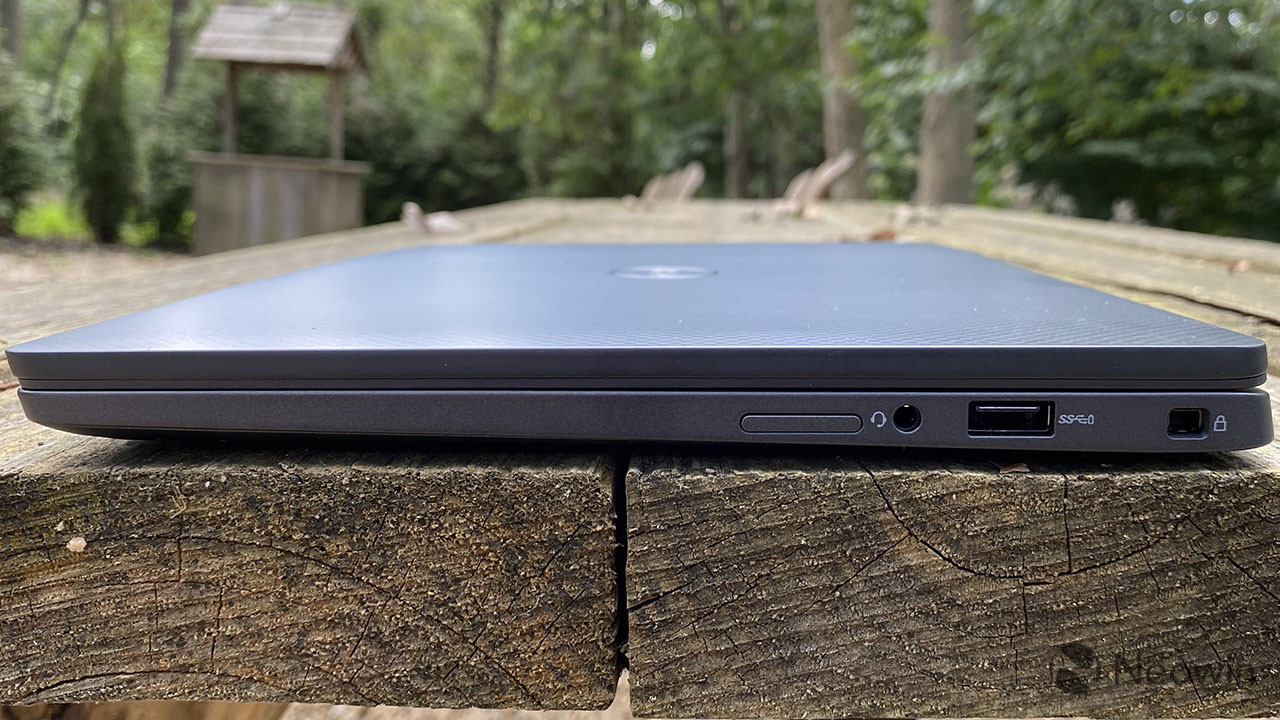 On the right side, there's a single USB 3.2 Gen 1 Type-A port, which is good for 5Gbps data transfer speeds, along with a 3.5mm audio jack.

The Dell Latitude 7310, as the name implies, has a 13.3-inch screen. The 7410 would have a 14-inch screen, and the 7510 would have a 15-incher. That's just how the naming works. The resolution is 1080p. Sadly, there's no 4K option. I'd love to tell you that that's reserved for the 9000 series, but that's not an option there either. There is an HD option though, in case you're willing to sacrifice in the name of battery life. 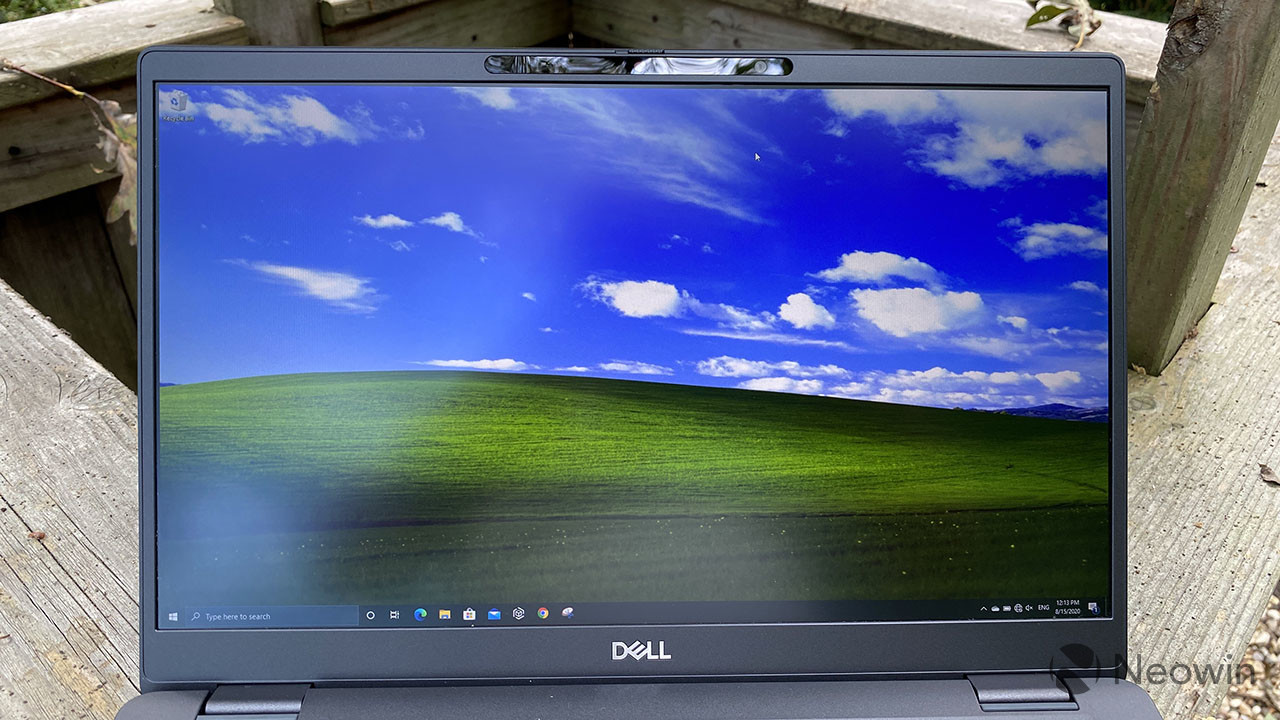 The screen is 300 nits, which isn't terribly bright, but it's anti-glare, which ends up working out really well. It comes in both touch and non-touch variants, and Dell sent me the latter. There's also an option for a Digital Privacy SafeScreen, which I'd love to get my hands on. I do love privacy screens, and HP has been the only one to include them on review units.

You can also see that it has narrow bezels on three sides. It's not in the same league as the XPS 13, but as far as business laptops go, it's probably got the smallest bezels. It's what leaves this PC with such a small footprint, and it's pretty awesome. I really enjoy the form factor of this clamshell laptop. 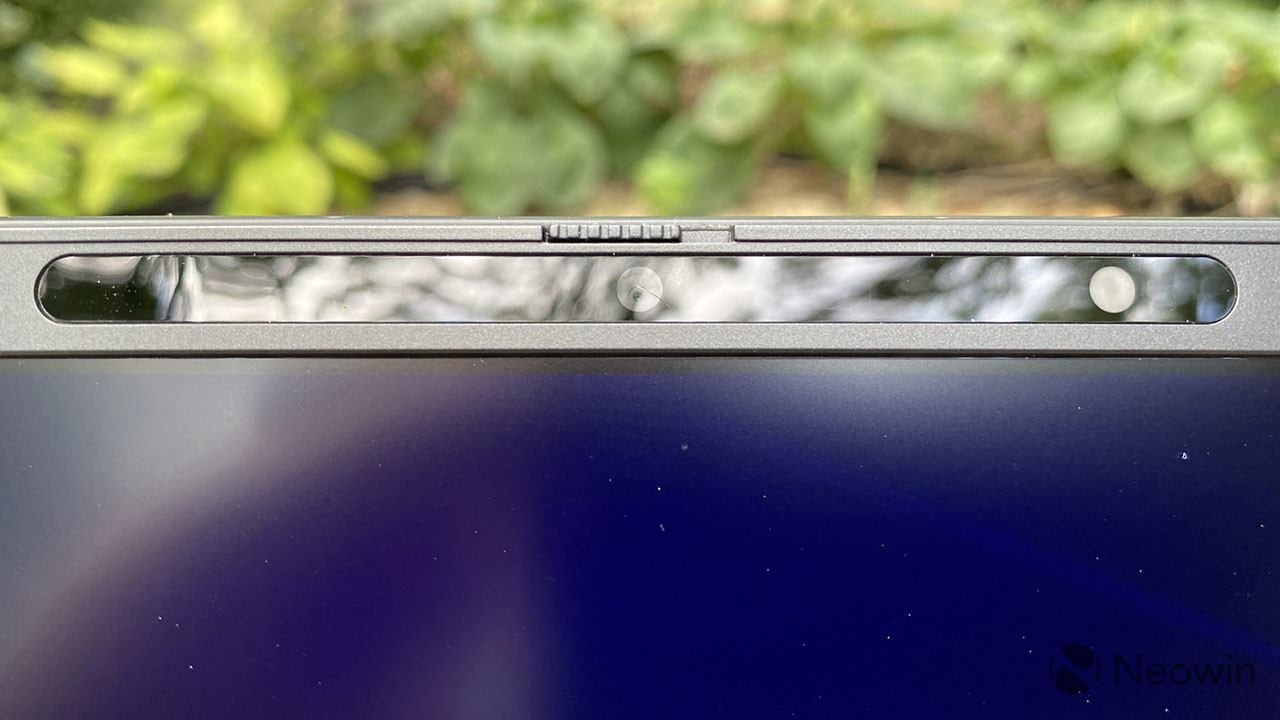 In the top bezel, there are a bunch of sensors, including a webcam, an IR camera, and more. This is all part of the ExpressSign-in feature that's built into Dell's Optimizer app. Here's how it works: when you sit in front of the laptop, it senses that you're there and wakes up. Once it wakes up, the IR camera verifies that it is in fact you sitting in front of it, and it logs you in. It's a seamless way of logging into your computer without ever touching it.

It also works in reverse, locking your laptop when you walk away. In the Dell Optimizer app, you can set an amount of time after you walk away for it to lock, ranging from one to three minutes. Other features in Dell Optimizer include things like ExpressCharge, which optimizes how your battery is used in certain apps, and Intelligent Audio, which can adjust your speakers and microphone based on what kind of room you're in.

There's also a privacy guard built into the webcam, which obviously, would defeat the point of all of the rest of the sensors up there. 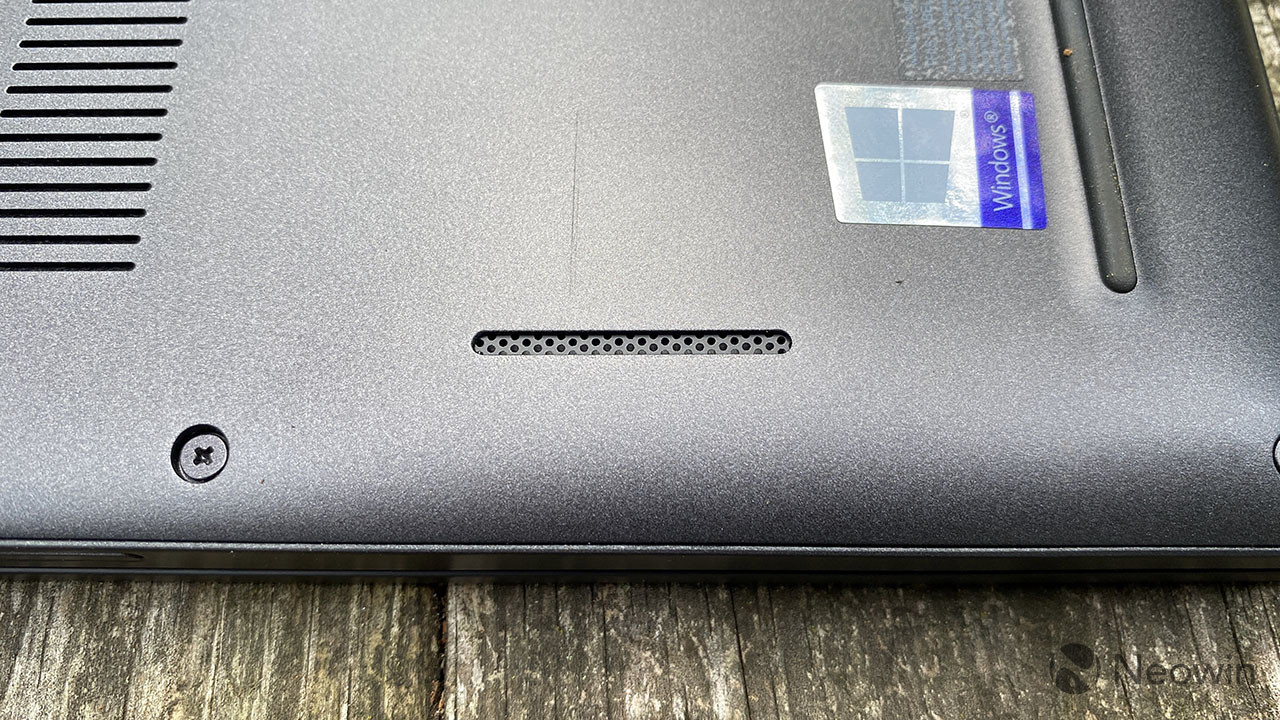 The speakers are placed underneath the laptop on either side, and the audio quality is about as good as it can get with that in mind. It gets fairly loud, but the small speakers sound just a bit tinny. This business laptop will be just fine for conference calls, but if you're looking for something that's better for movies and music while you're at home, you might want to take a look at Dell's consumer XPS laptops, which have Waves MaxxAudio Pro.

The keyboard is the standard, backlit, Chiclet-style keyboard that's found on Dell's Latitude laptops, and it's fine. It's definitely accurate and properly sized, and it's comfortable enough. But my biggest complaint is that while it's good, it's not nearly as good as its biggest competition. 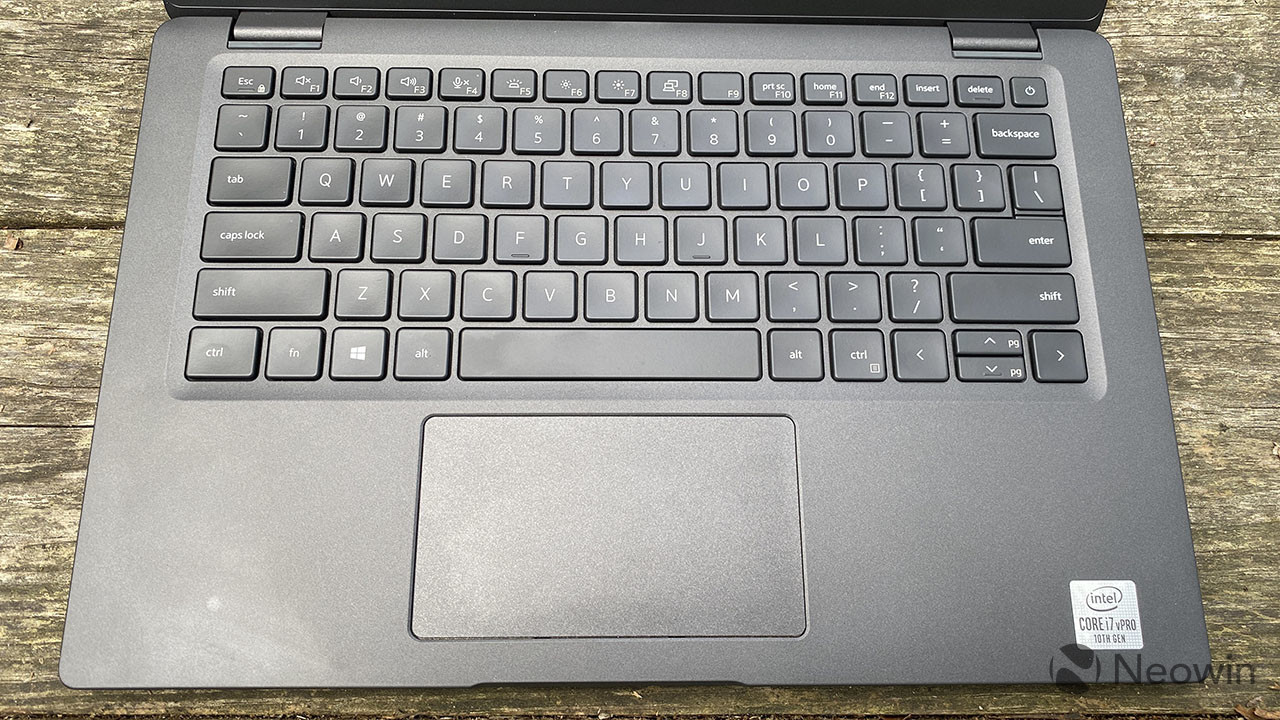 For example, Lenovo's ThinkPads are renowned for having excellent keyboards, and the company's new ThinkBook brand is just as good, if not more shallow and modern. That would be all well and good if Lenovo was the only one making excellent keyboards, but over the last couple of years, HP has really nailed it with its Elite 1000 series.

That's all I mean though. The keyboard on Dell's Latitude laptops are totally fine and good, but if the thing you're looking for in a business laptop is the best keyboard, you go for Lenovo or HP. 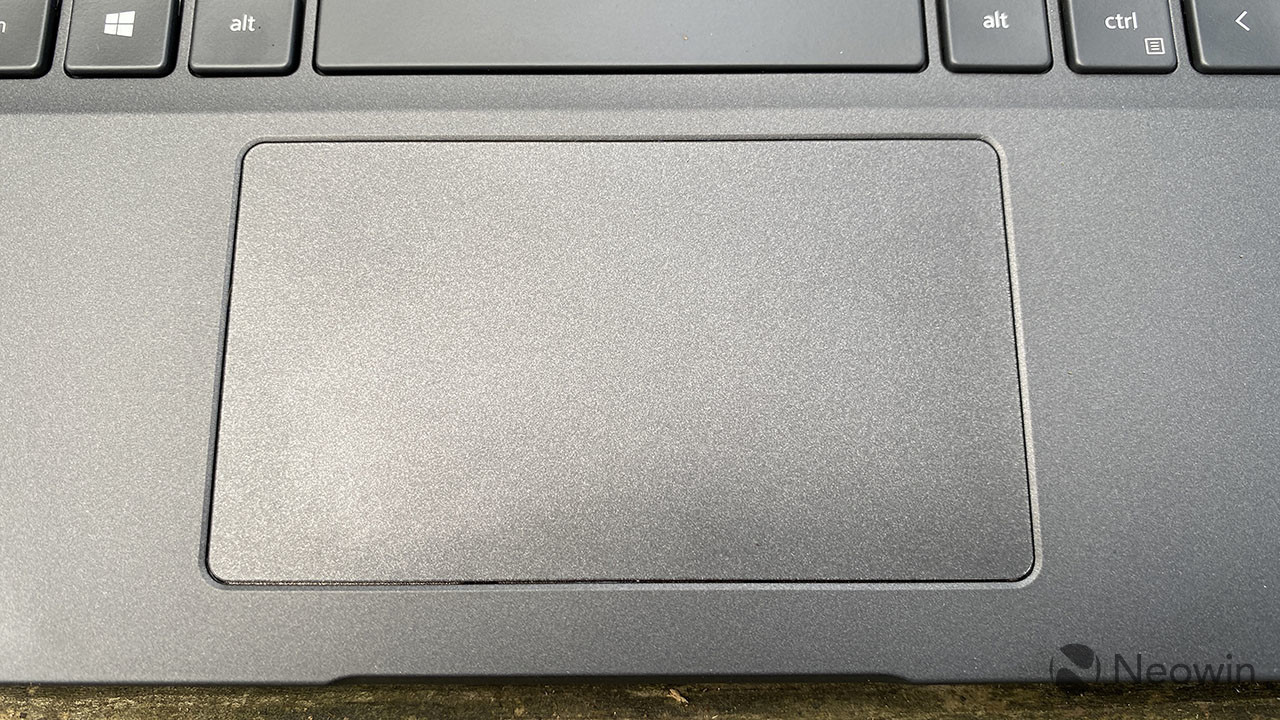 The trackpad uses Microsoft Precision drivers, which means that it's fast, responsive, and supports the gestures that you're used to. The bad news is that it's relatively small. I get that this laptop has a small footprint, so there isn't a lot of real estate to use, but I feel like Dell could have used just a bit more of what is available here. 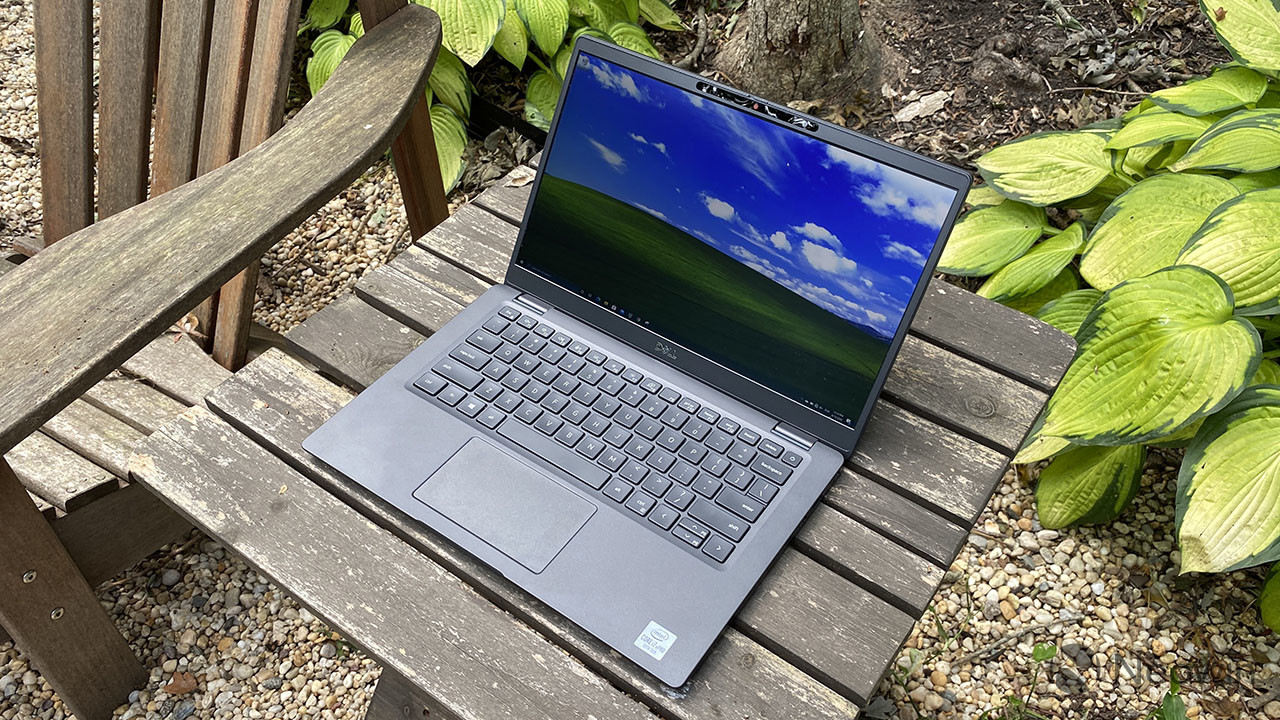 All of those chips come from the Comet Lake family, and that's because Comet Lake is the only one that offers a vPro variant. There is no Ice Lake vPro, so all business laptops still use the 14nm Comet Lake.

Performance was fine, as you'd expect from a business ultrabook with a Core i7. It really feels no different from when I was reviewing the same types of laptops last year.

Battery life, however, is phenomenal. That's something that it seems Dell has done a lot of work on with its Latitude PCs. I found that when doing actual work, this thing can get between eight and 10 hours of usage. That means that if you leave your house in the morning on a full charge, you don't have to bring your charger with you for an eight-hour workday. There are very few Intel PCs I can say that about.

It also supports fast charging if you get it with the 90W charger, and Dell Optimizer should learn how you use certain apps (which you choose), and optimize the battery accordingly.

There's really nothing of note here. It's what you'd expect from a Core i7 business laptop with 16GB of RAM. If you can make use of more cores, get the hexa-core CPU. If you need more graphics power, you'd want to go for dedicated graphics with a Comet Lake vPro chip, or if you don't need vPro, you can always go for Ice Lake with its Iris Plus Graphics.

This is absolutely one of my favorite business laptops. It has a sleek, unique look, and it fits into a compact footprint. It's super light, so it's easy to carry around and take on the go. It's a great option if you go for one of the 4G LTE SKUs. 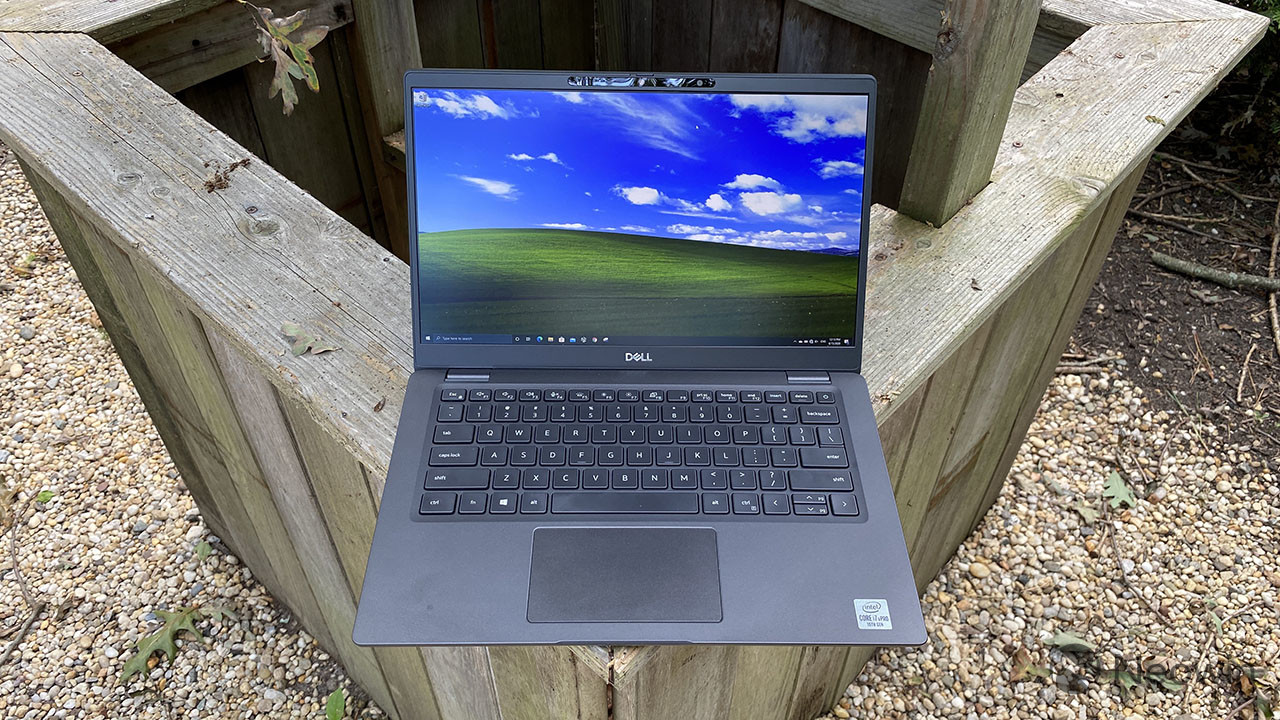 My biggest complaints are pretty minor. One is that there's no 4K option, although that would be hard on the stellar battery life. If you get the 14-inch 7410, there is a 4K option on that at least. My other complaint is that the keyboard isn't as good as the ones made by Lenovo and HP. That's really only a complaint because I like this laptop so much, that I'm criticizing it for having a part that's not as good as competitors.

Other than that, I love it. It's got the performance you'd expect from Intel's 15W Comet Lake lineup, and battery life that will beat most ARM-powered PCs, and that's saying something. If you want to check it out on Dell.com, you can find it here. 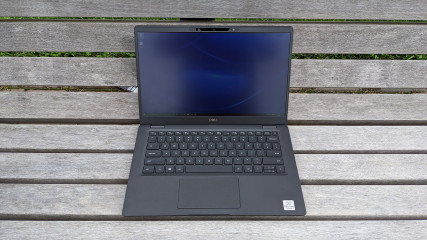 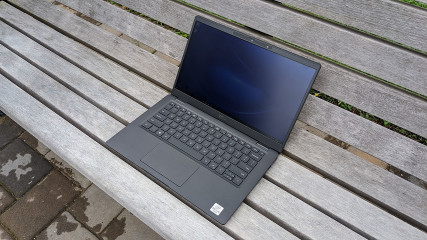 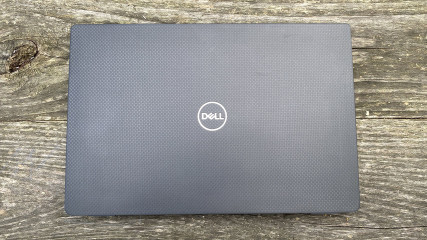 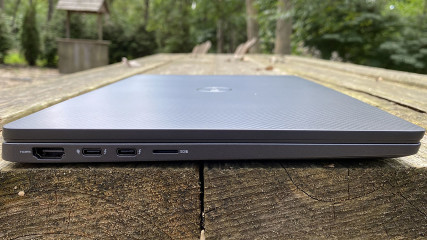 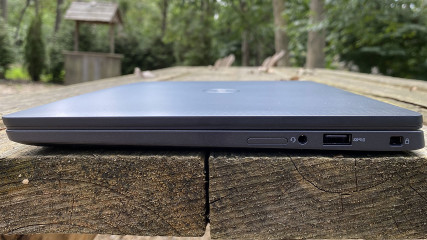 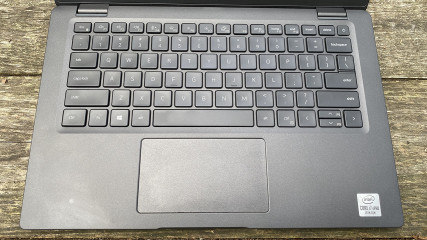 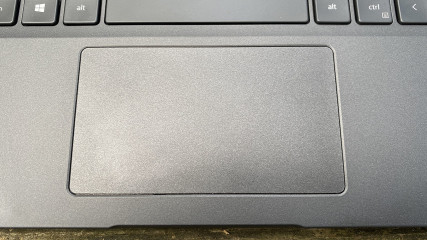 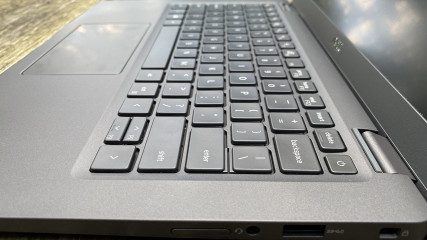 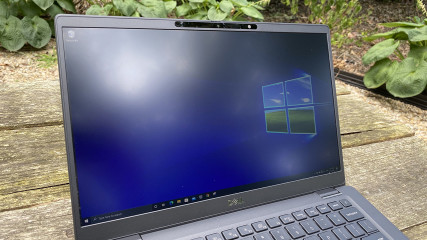 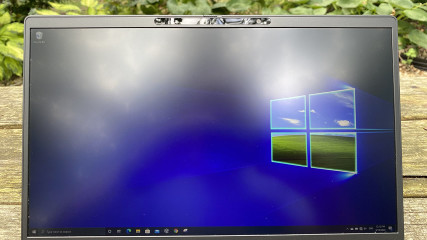 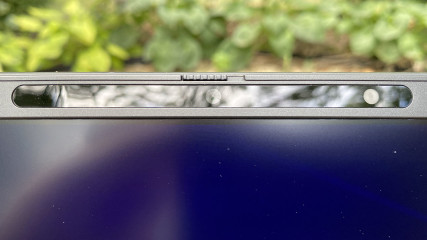 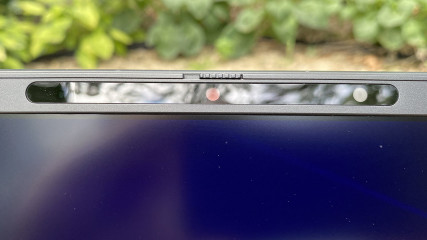 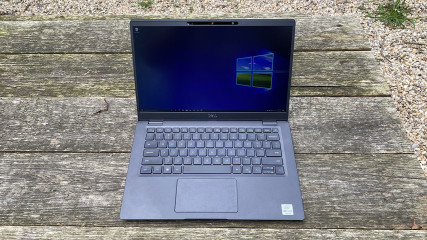 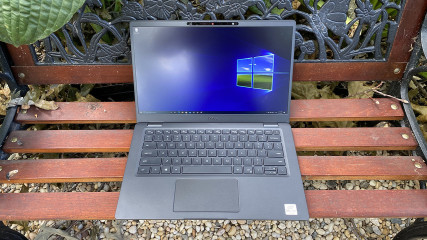 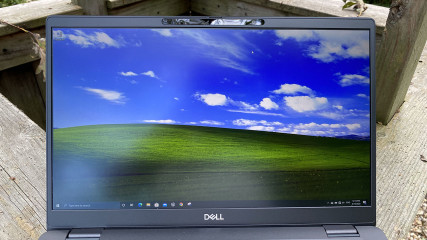 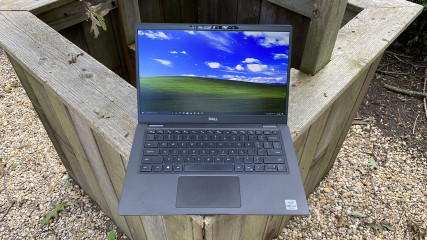 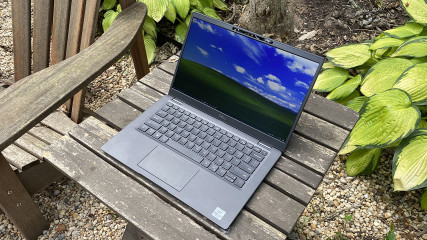 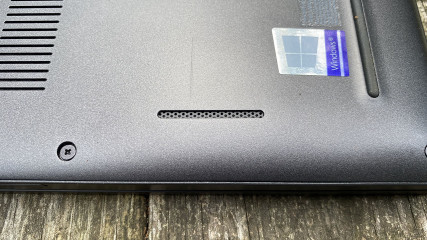