It also has Dell Optimizer, an app that's built into the company's high-end business laptops that offers AI features. One of those is ExpressSign-in, which automatically wakes up your PC when you sit in front of it, and locks it when you walk away. It also includes features like ExpressCharge and Intelligent Audio.

Looking at the Latitude 9410 2-in-1 from the outside, there's really nothing about it that stands out. The lid has a lightly brushed aluminum finish, and as tends to be the case, the stamped Dell branding and its chrome coloring are the sexiest part. 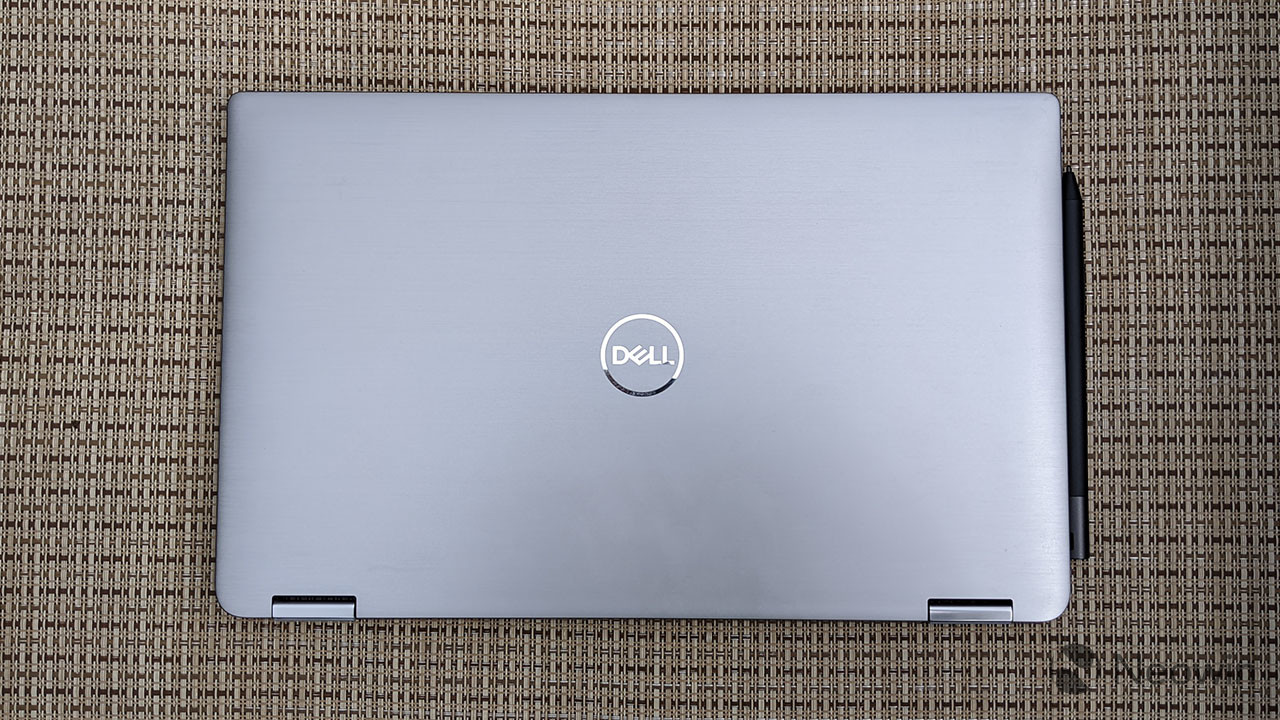 Of course, this is a business laptop, and business laptops are rarely designed to stand out from the pack. The only thing that's notable here is that for a 14-inch laptop, it has a small footprint. Also, the weight starts at three pounds, and that's if you get the smaller battery, so this PC isn't particularly light either.

It is designed to be tough though, passing MIL-STD-810G certifications. There were 17 tests on the list that Dell sent me, including extreme temperatures, humidity, sand and dust, vibrations, shock, altitude, and more. 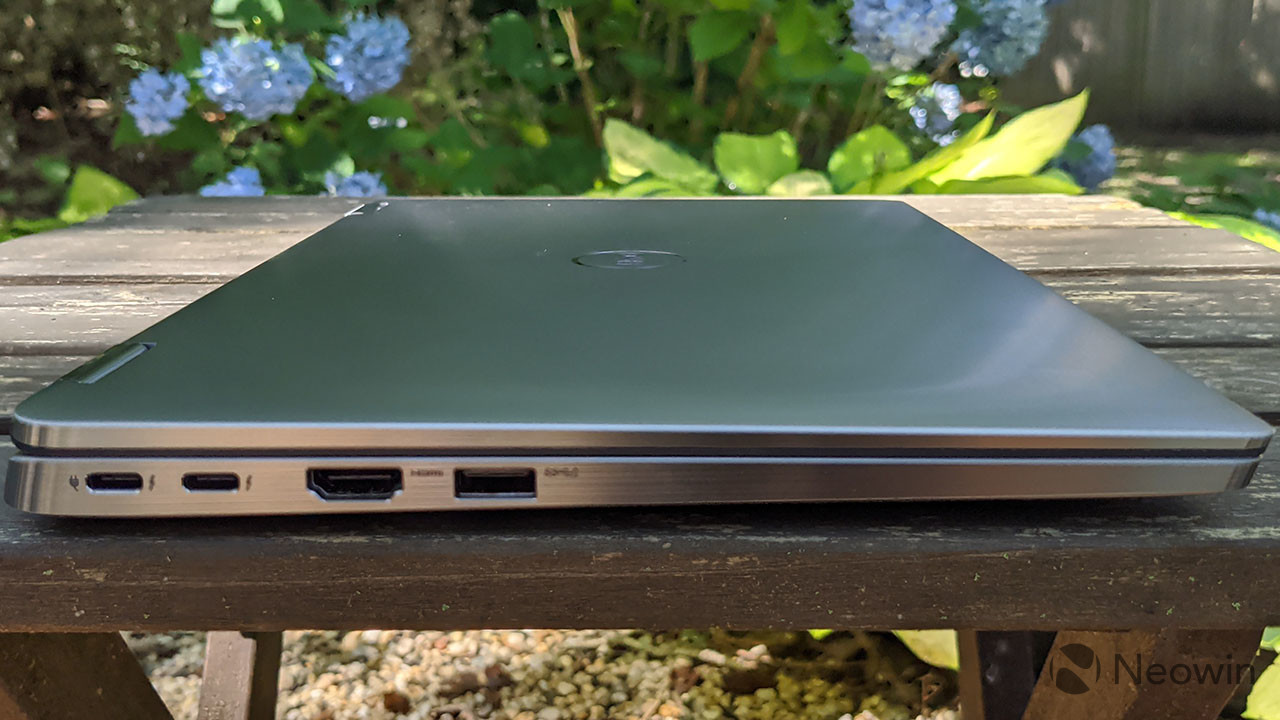 There's no shortage of ports on this laptop. Most importantly, there are two Thunderbolt 3 ports on the left side. Dell also sent me a 27-inch UltraSharp 4K monitor (to be clear, it was sent with the Latitude 7310), and it works great as a working from home solution. I personally use a Thunderbolt 3 dock, which lets me connect two 4K displays while still keeping the laptop charged. You could also use one for an external GPU if you wanted to. 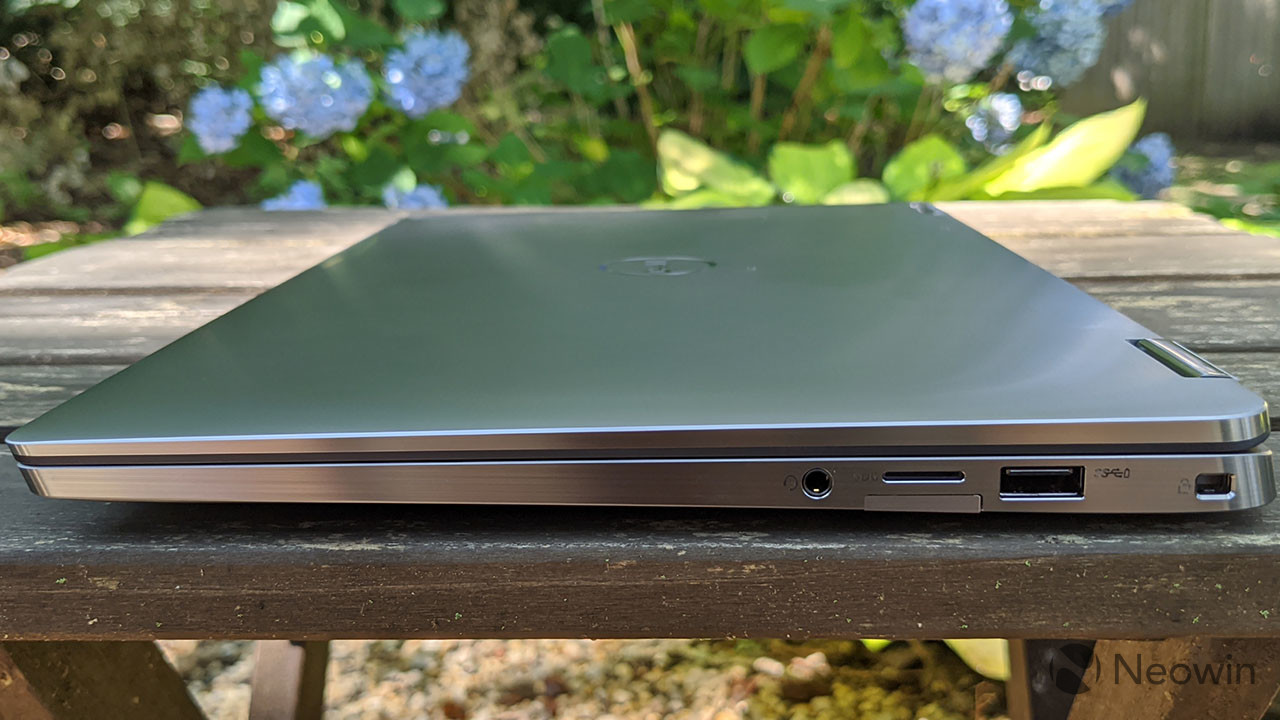 On the other side, there's another USB 3.2 Gen 1 Type-A port, a 3.5mm audio jack, and a microSD card slot. You'll notice that there's a slug under the microSD card slot, and that's where the nano-SIM card would go if you got the cellular model. As these things tend to go, Dell uses the same chassis for both cellular and Wi-Fi only models.

The Dell Latitude 9410 2-in-1 packs a 14-inch FHD 16:9 touchscreen with 300-nit brightness, and that's pretty much the story, because there are no other options. That's kind of disappointing to me. Prior to this year, the Latitude 7000 series was reserved for the best of the best, so when Dell said that it needed a tier for something even better than that, I expected no compromises at all. It would have been nice to see a UHD screen, or maybe even an OLED display; after all, I'm thinking about this in direct comparison to a Lenovo ThinkPad X1 Yoga. 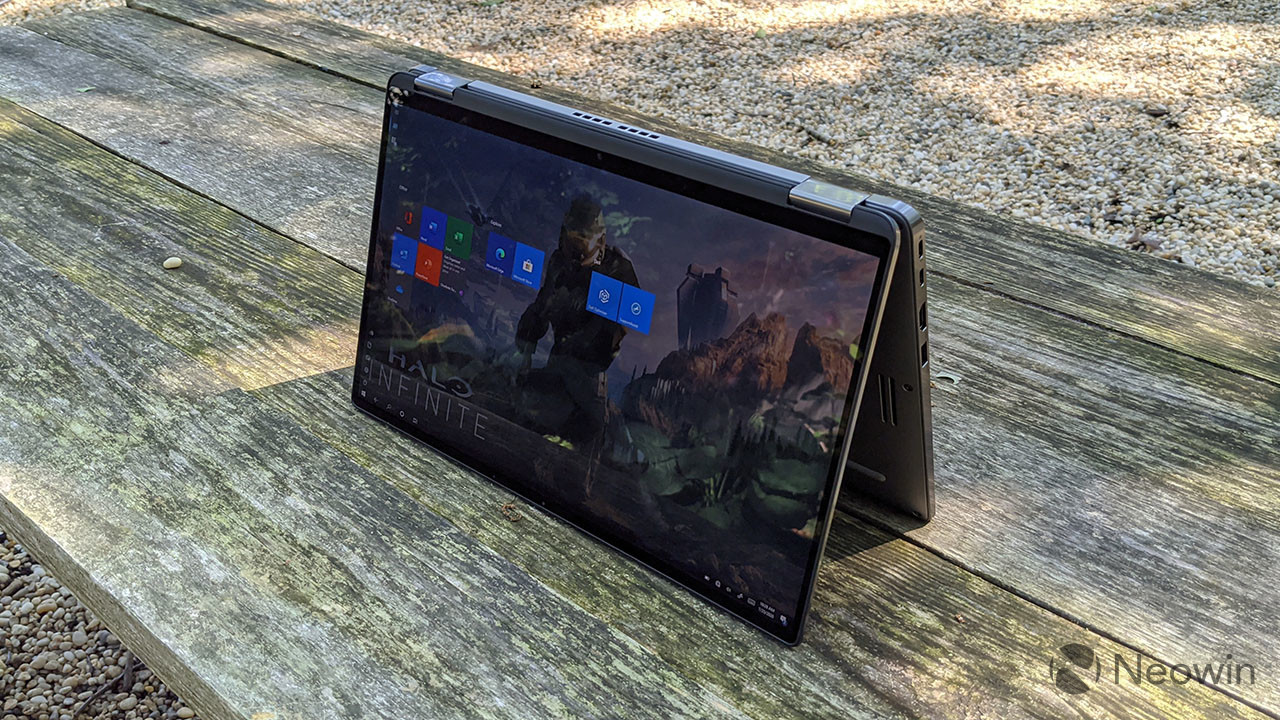 The screen is fine, with accurate colors, and it looks nice. It's pretty glossy though, something that would concern me on the cellular model where I'd be likely to use it outdoors. It's also 300 nits, which isn't particularly bright. The touchscreen does support pen input, and Dell's active pen attaches nicely to the side via a magnet. 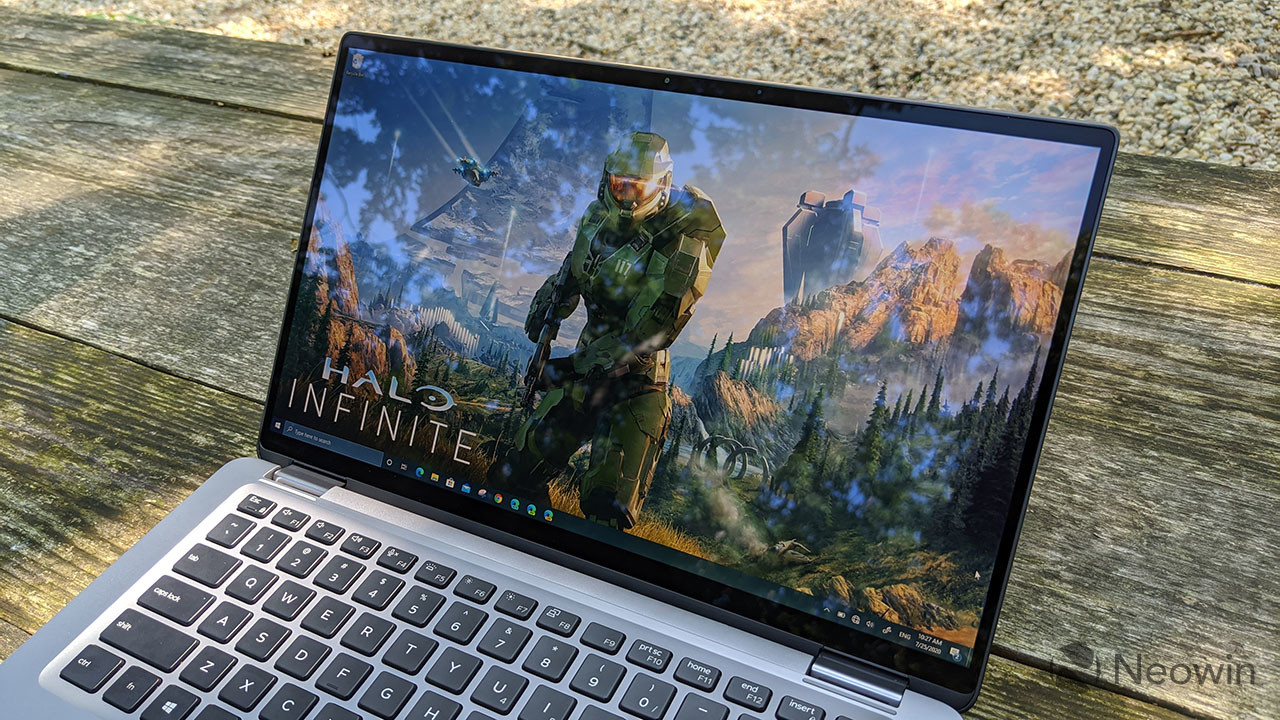 The bezels are narrow, although not nearly as small as on an XPS. I think the XPS lineup was more along the lines of what I was imagining for this. The top bezel does include an IR camera and some other sensors for ExpressSign-in.

ExpressSign-in, along with the other fun features found in Dell Optimizer, are pretty good. ExpressSign-in senses when you're sitting in front of the PC and wakes it up, and then Windows Hello kicks in and logs you in by using facial recognition. It works quite well, where you can sit down in front of the laptop and log in without ever touching it. It will also lock the PC a few minutes (you can set it to one, two, or three minutes) after you walk away. 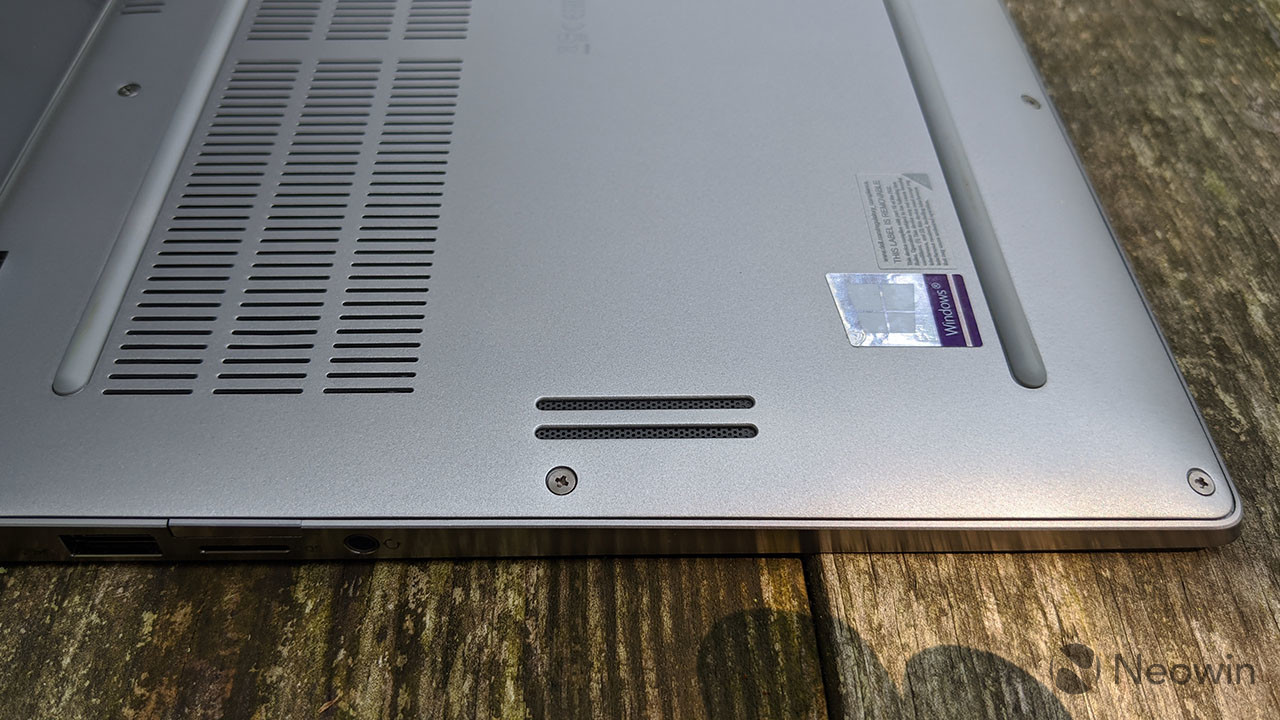 The speakers are located underneath the laptop, and Dell has more AI features to optimize those and the microphones. In the Dell Optimizer app, you can set your environment to quiet room, noisy office, recording studio, or multiple voices, so when recording audio, it can adjust accordingly. You can also use the app to enable a 3D Audio experience.

As usual, Dell used its Chiclet-style keyboard, and while it's a good keyboard, I'm still struggling to justify this PC. The pricing and the branding make this a top-tier premium PC, and that leaves me comparing it to Lenovo's ThinkPad X1 Yoga and HP's Elite Dragonfly or 1000 series notebooks. Unfortunately for Dell, Lenovo's ThinkPads are renowned for their keyboards and HP spent a lot of effort catching up to that. 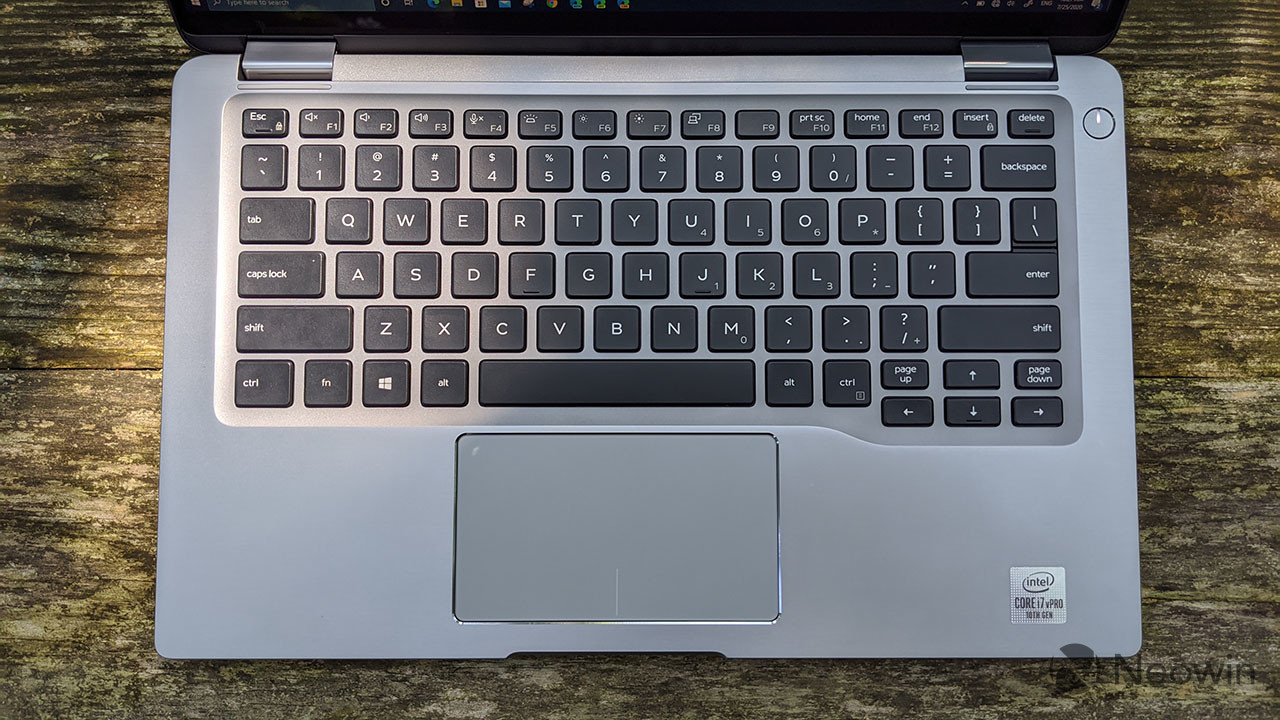 The good news is that the keyboard on the Latitude 9410 2-in-1 is still a very good keyboard. It's not particularly loud, and it's comfortable and accurate. It's really good. It's just not on par with the other convertibles in its class, which frankly are well ahead of anything else. 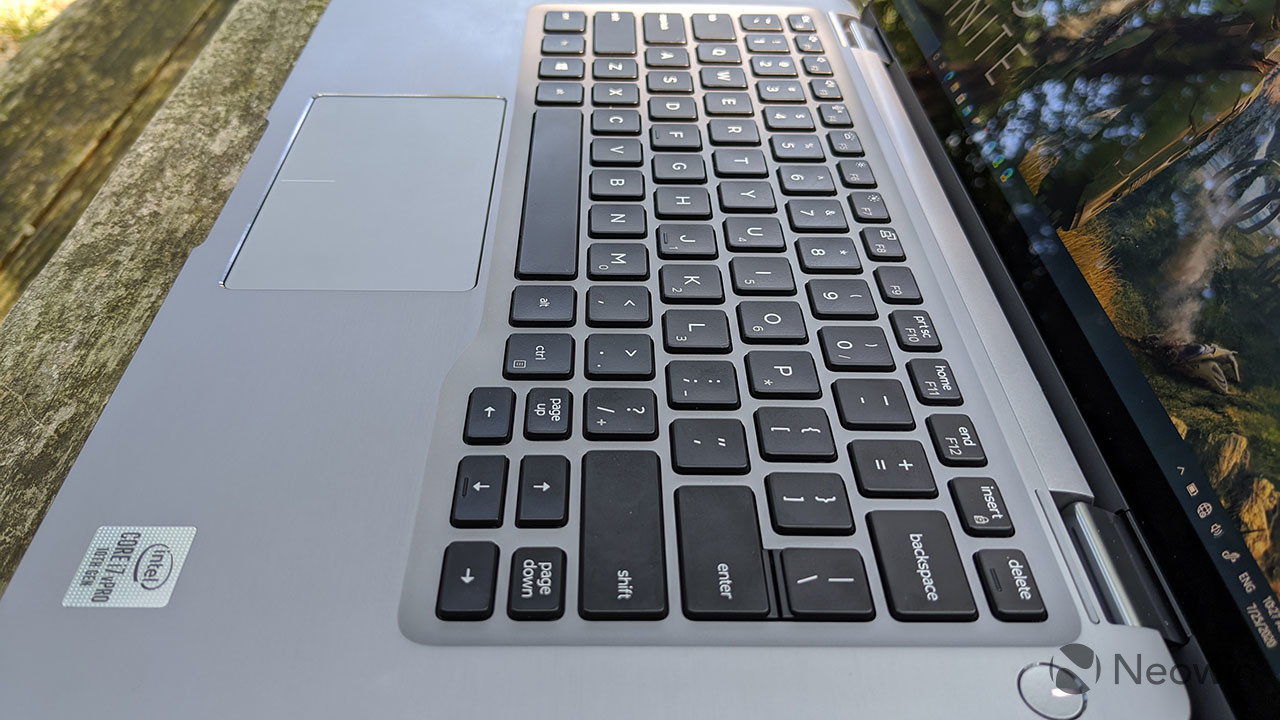 One thing that Dell has over Lenovo though is that it's not afraid to use a modern keyboard. The keys are shallower, which is common in 2020, and there aren't any distracting relics like a TrackPoint (that little red pointing stick on ThinkPad keyboards). 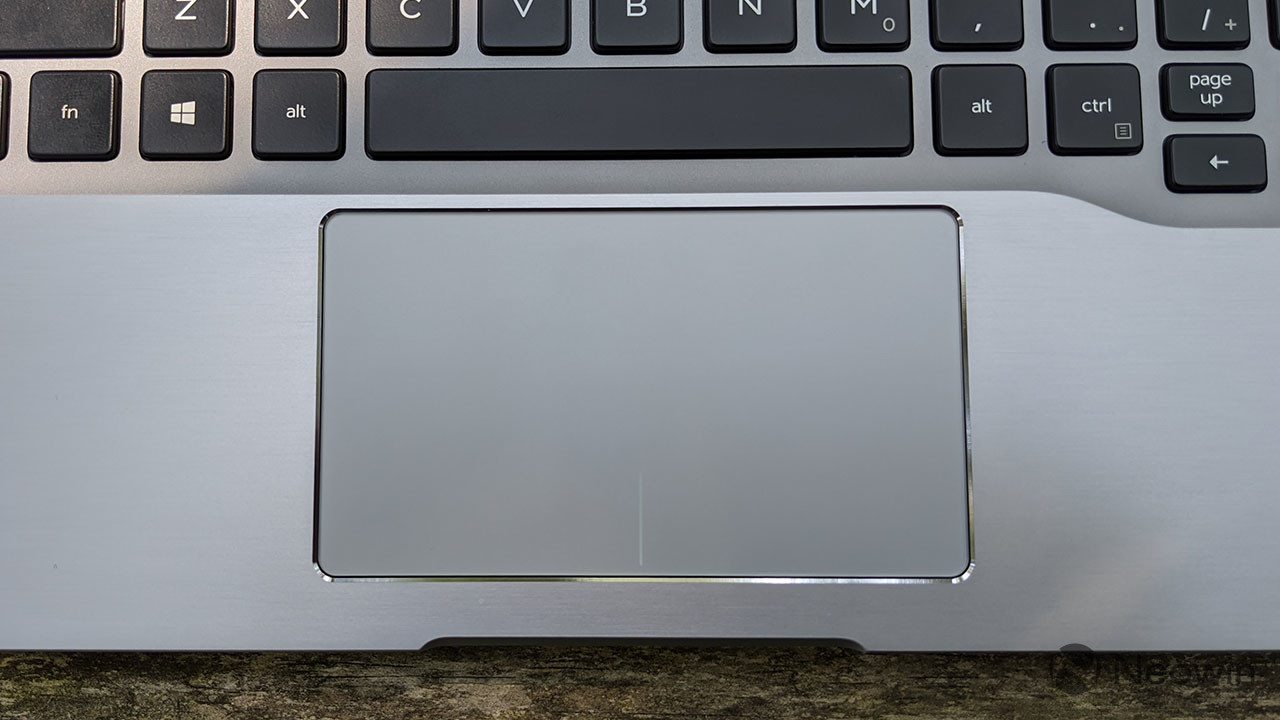 The trackpad uses Microsoft Precision drivers, which means that it's as responsive as any, and it supports the gestures that you're used to. Dell made use of most of the real estate available for it, so it's as big as it can be.

One other thing about the keyboard is that the power button, which is placed to the top-left, doubles as a fingerprint sensor, although that's optional and not included in the model that Dell sent me. Unfortunately, Dell PCs won't scan your fingerprint when you press the button; instead, you have to press it again after the PC boots up, unlike how Lenovo, LG, Huawei, and pretty much every other PC that puts a fingerprint sensor in the power button do it.

Dell considers that to be a security risk, working under the assumption that you might have walked away from your PC after pressing the power button. I'd hope this would be resolved at some point though, perhaps with the help of ExpressSign-in. There's a lot of focus on effortless sign-in, just not when it comes to the fingerprint sensor. 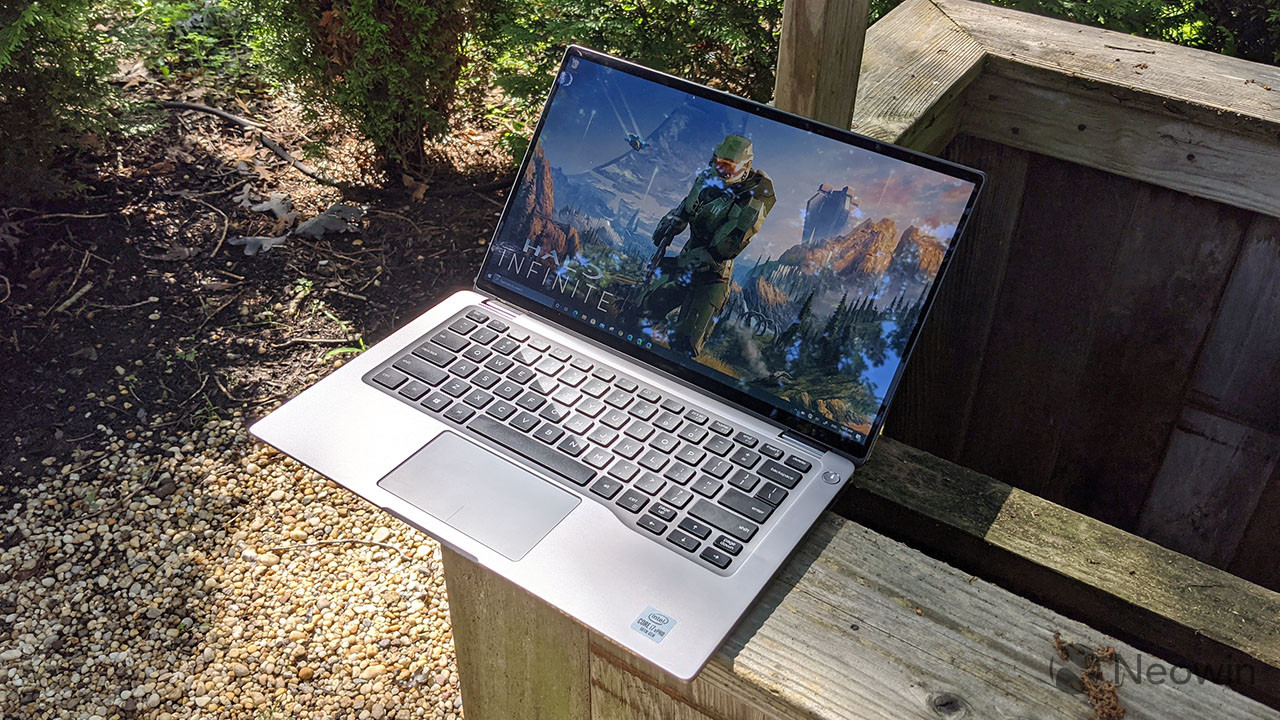 Note that Intel's 10th-generation business CPU lineup is all Comet Lake, as there is no Ice Lake vPro. That means that if you want a 10nm CPU, you'll probably have to wait for Tiger Lake, and vPro for that probably won't be out until next year. In other words, if you need a laptop for your business now, it's either Intel Comet Lake vPro or AMD Ryzen PRO 4000, although frankly, the latter will get you better performance.

But no one got fired for buying Intel. And while it comes with premium performance, it also comes with bonkers battery life. Dell promises 27 hours, which is crazy and unrealistic, and I didn't expect that coming into this review. In fact, I always take OEM battery life promises with a grain of salt.

I found that the best I could do was between 12 and 13 hours of actual work in the Chrome browser. Naturally, you can drain it faster if you start editing videos or playing games or something. For an Intel-powered PC, the battery life is really phenomenal. You can actually make it through a whole workday without having to charge this PC, and that's wild.

This PC actually benchmarks really well. The Work test is the one where it really excels, and that makes sense, since this PC is made for work.

The Dell Latitude 9410 2-in-1 is a great business PC, but here's the problem. I have a hard time saying why you should buy it instead of a ThinkPad X1 Yoga or Elite Dragonfly. Dell also sent me the Latitude 7310, and honestly, unless you want that phenomenal battery life, I really can't think of why you'd buy the 9000 series instead of the 7000 series. 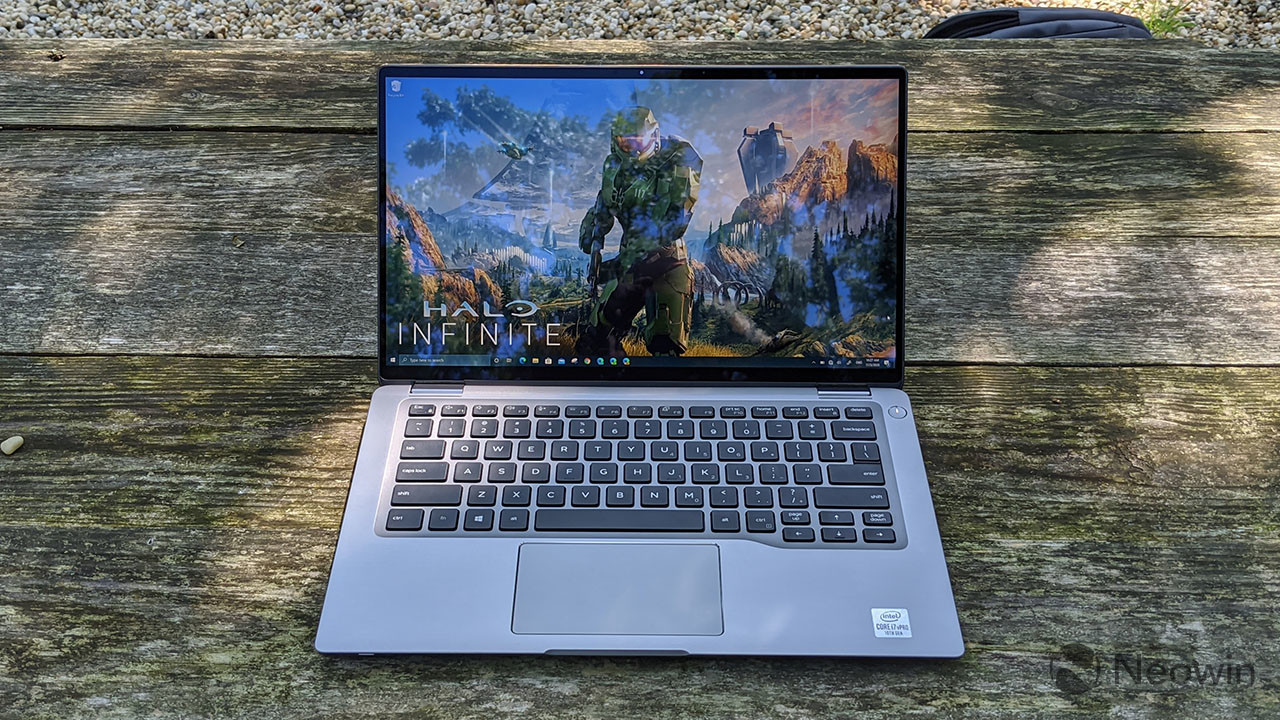 The Dell Latitude 9410 2-in-1 is a bit heavy for what it is, and it doesn't pack premium features like 5G or UHD display options. I'm not sure why 5G isn't offered either. Being that Intel PCs with Qualcomm modems aren't getting mmWave support anyway, the size and form factor shouldn't be an issue.

If I ignore the pricing, branding, and how good AMD Ryzen PRO is, it's easy to say that this is an awesome business PC. Seriously, you will not find an x86 laptop that gets better battery life, and the Intel Core i7-10610U is a great CPU.

Dell's Optimizer suite of tools is also pretty awesome. I really enjoyed the ability to sit in front of the PC and have it log me in without ever touching it. And with ExpressCharge and the bundled 90W charger, you can get fast charging for when that long-lasting battery does run out.

This is a great convertible laptop for your business, and you'll definitely be happy with it. You might want to compare it with the rest of the market though. 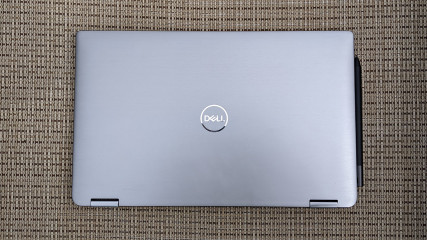 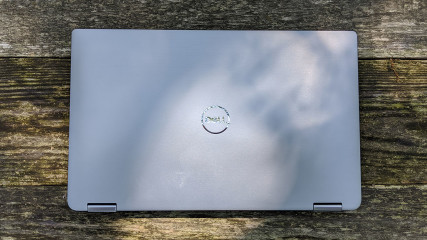 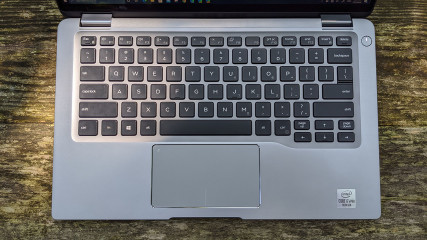 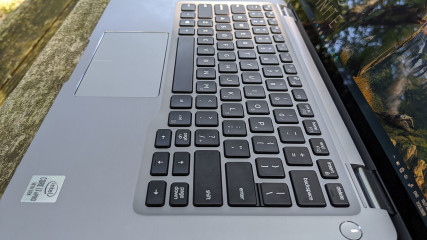 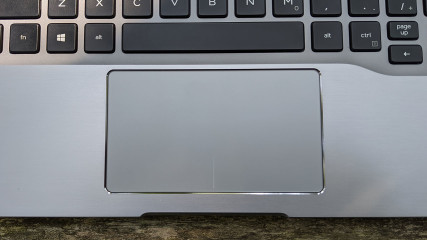 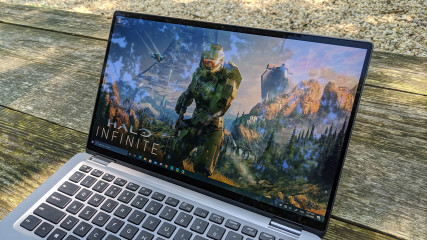 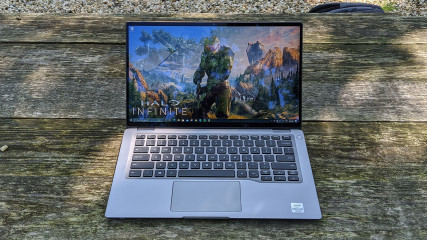 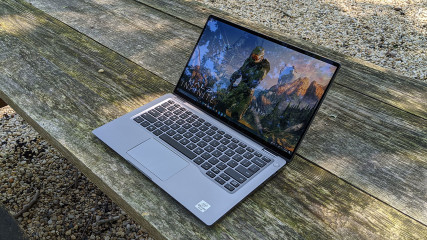 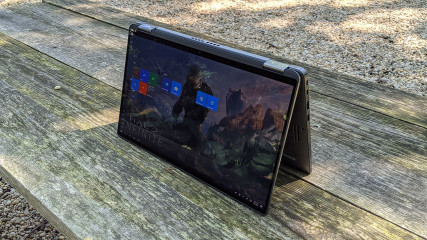 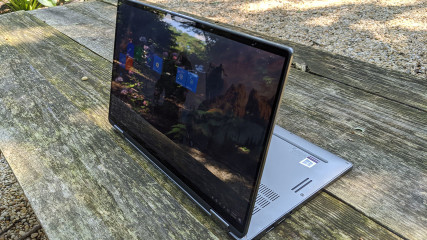 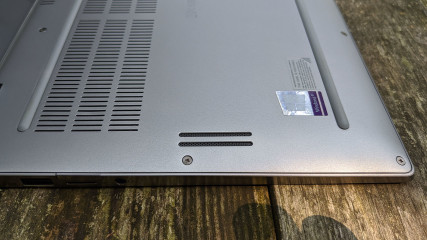 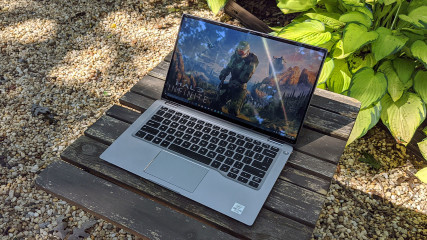 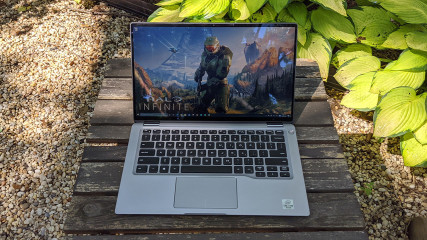 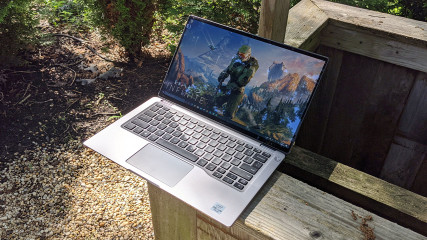 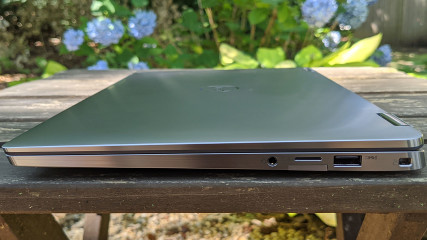 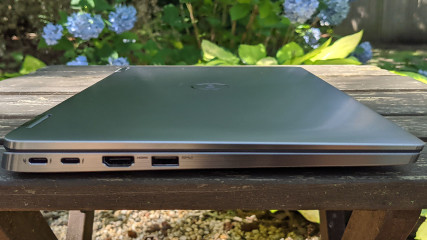