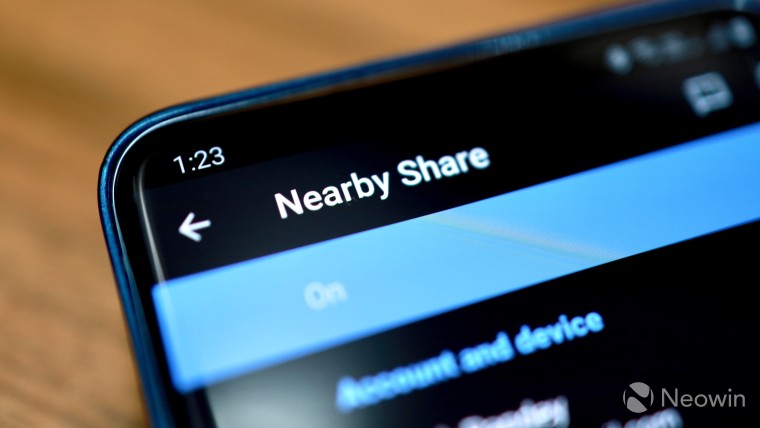 Google took its own sweet time but it has finally started rolling out an AirDrop-like feature for all Android devices. Dubbed Nearby Share, the feature is being rolled out to select Pixel and Samsung phones right now and will make sharing links, photos, and other files between devices easier and faster. If you have already got Nearby Share on your Android device, follow this guide to know how you can use the feature.

The entire premise of Nearby Share is to remove the sheer number of steps that are currently required before one can share a file locally with another Android device. It requires one to pair their Android device with the recipient's device first and then send the file over Bluetooth. The entire process is extremely cumbersome and painfully slow since Bluetooth is not really ideal to send large files. This is where Nearby Share comes in which is aimed at making the entire local file sharing process seamless and fast. The good thing is that Google is also working on bringing Nearby Share to other platforms like Windows, Mac, and Linux via a Chrome update which should further increase its usefulness.

Nearby Sharing might seem pretty simple to use but there's a lot that goes in the background. It is primarily meant for quickly and easily sharing files with another Android device near you. As per Google, Nearby Share "automatically chooses the best protocol for fast and easy sharing using Bluetooth, Bluetooth Low Energy, WebRTC or peer-to-peer WiFi.” It can work without an active internet connection, though in some cases, small files might be transferred using mobile data or Wi-Fi. There's an option to change this behavior though and make the feature work completely offline.

Google has currently rolled out the Nearby Share feature for select Pixel and Samsung devices. The feature itself is compatible with all devices running Android 6.0 or newer though. Google is rolling out the feature via a Play Services update so it should automatically show up on your device.

Check if Nearby Share is available in your Android device 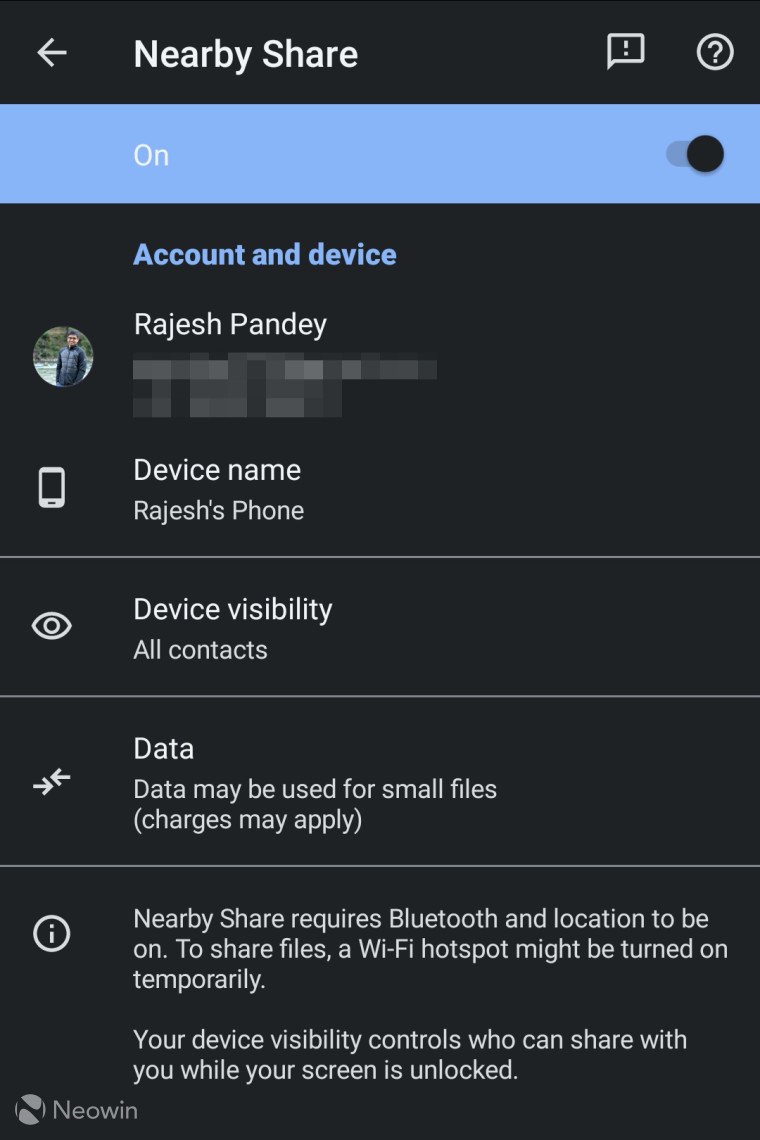 If you are using the feature for the first time, you will be prompted to confirm your device name and visibility settings. By default, your device will be visible to all nearby contacts, though you can change this as per your liking. 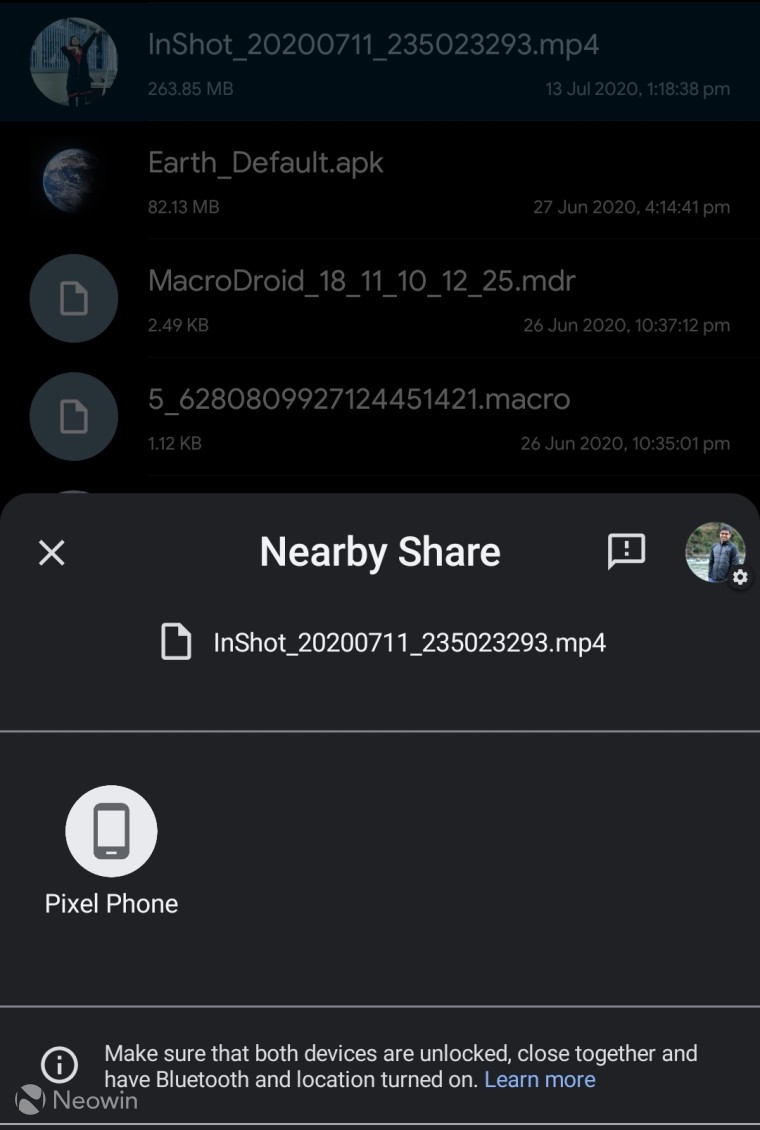 Step 2: The recipient's Android device will get a notification pop-up that a device nearby is sharing. The recipient will need to tap on the prompt and enable Nearby Share on their device. Again, if the feature was not enabled previously, you will first have to confirm your device name and visibility settings. 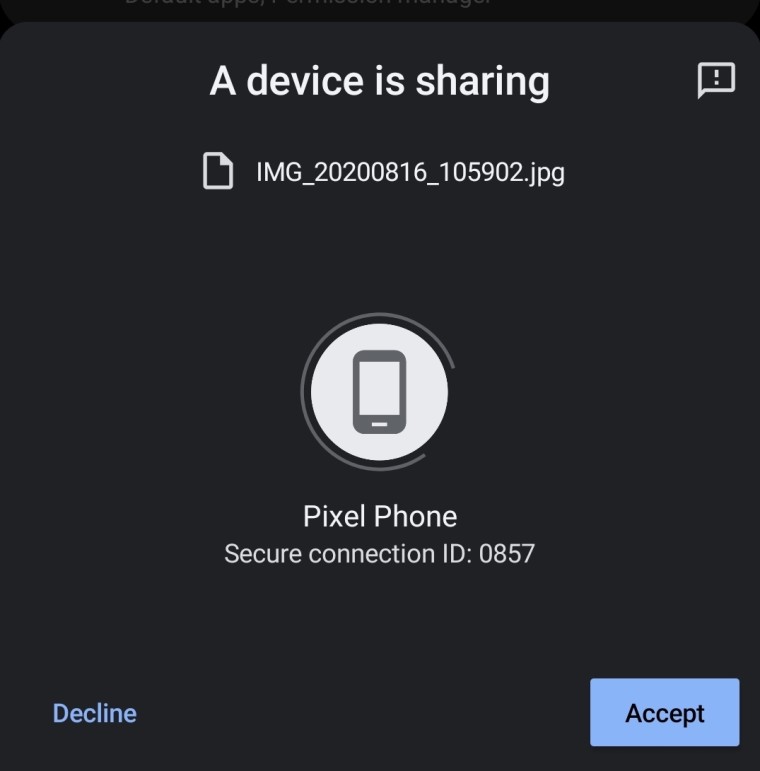 Step 3: A prompt will show up on the recipient's device previewing the file type that is being shared along with Accept and Decline button. Tap on Accept to start the transfer process. The entire file transfer process happens over the internet or Wi-Fi depending on the file size.

Once Google rolls out Nearby Share to more Android devices and Chrome, the usefulness of the feature will increase quite a bit and make sharing large files a breeze.