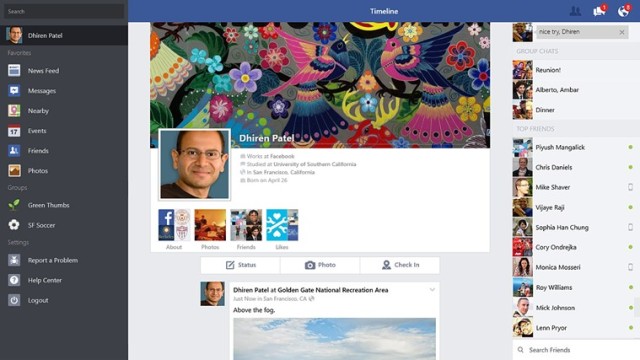 Facebook released the last major update for its official Windows 8.1 app in late December. Today, a new version is now available to download and it comes with quite a few new features and improvements, many of which will please power users.

The biggest new addition, according to the app's change notes, is the ability for users to create new Facebook groups, along with a way to either join or leave previously launched groups. This is something that really should have been put into the app when it was first launched in October so this will be a welcome new addition.

The Facebook Windows 8.1 app also gives users the option to turn off the chat feature, and adds new black and white high contrast modes. Double-clicking on a photo in the app will now bring up its full resolution version and there is now some new privacy modes when people edit their Facebook posts.

If people enjoy accessing the Facebook app in Snap mode, the new version has narrower margins when used in that situation that should allow more content to be visible. Finally there are some unnamed accessibly improvements as well as bug fixes.

Microsoft recently announced that Windows Phone would get a stand alone Facebook Messenger app. However, Facebook told Neowin they had no information on if such an app will be released for the Windows 8.1 platforms as well.