Microsoft's expected unveiling of Windows Phone 8.1 at its Build 2014 conference is just a month away, but leaks have revealed screenshots of perhaps the biggest feature planned for announcement: the Cortana digital assistant.

The Verge's Tom Warren obtained screenshots of Cortana's interface, which show a circular icon that will animate to indicate it's retrieving information or responding to a question. It's still not known what the digital assistant's voice will sound like, though a recent rumor indicated Jen Taylor, voice of the Cortana character in the Halo franchise who the feature is named after, will fill that role. 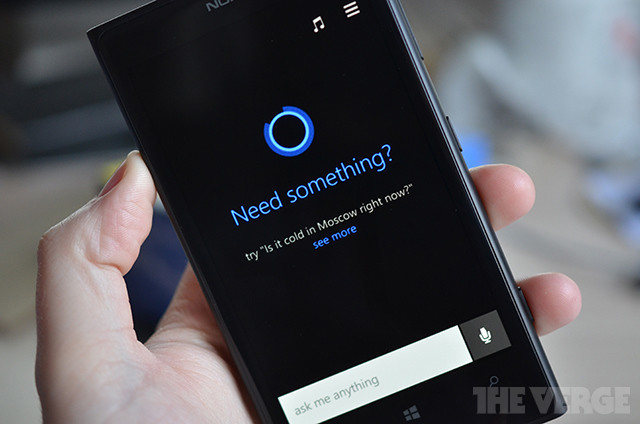 Users will be able to either type or say questions to receive answers, which will be powered by a number of services, such as Bing and Foursquare. A recent leak indicated 15 languages will be supported by the digital assistant at launch, with languages in the platform's major territories supported. Similar to Google Now, Cortana will remember information such as behaviors and locations a user has visited; that information will be stored in a "notebook" for editing.